Deadly protests overshadowed Donald Trump’s recent two-day visit to India, with at least 53 people killed and more than 150 injured in New Delhi, officials said Thursday. The death toll continues to rise. Trump arrived in India for his first official visit to the country amid rising political tensions and the worst riots the country has seen in years. While many in the state of Gujarat welcomed and celebrated Trump’s visit, protests in New Delhi began before his arrival and his support for Indian Prime Minister Narendra Modi’s leadership continued as violence escalated in the city.

Even as dozens experienced terror at the hands of Hindu nationalists, Modi hosted a lavish ceremony for Trump on Tuesday. While Trump did not secure a trade deal during his visit as planned, he announced an agreement between the countries, according to which India will spend $3 billion on the purchase of U.S. military helicopters. Trump also applauded the Hindu nationalist prime minister on his leadership and passion for “religious freedom.”

A group of Hindus carrying iron rods hurled rocks and attacked Muslims in New Delhi, the Associated Press reported. Muslim-owned shops and homes were set on fire, while Muslim shrines and mosques were vandalized, burned, and invaded by intruders carrying weapons. Despite knowing about the violence, when asked about protests and violence against Muslims in the country, Trump told reporters that Modi was an incredible leader who supports “religious freedom” and tolerance. During the event in Gujarat, Trump built upon his praise of the prime minister, applauding Modi’s so-called efforts to end “radical Islamic terrorism” and drawing parallels to the Islamophobic efforts of his own administration back in the U.S. “India is a country that proudly embraces freedom, liberty, individual rights, the rule of law and the dignity of every human being,” Trump said. “Your unity is an inspiration to the world.”

Widespread unrest has erupted in India since Modi’s government passed the Citizenship Amendment Act (CAA) in December. The legislation shields persecuted or marginalized minorities who came to India from Pakistan, Bangladesh, and Afghanistan before 2015 by fast-tracking citizenship for them, but the new law makes no mention of protections for Muslims. First introduced in the Indian Parliament in July 2016, the original version of the legislation did not factor religion as a criterion for obtaining citizenship.

Under Modi, approximately 200 million Muslims in India, about 13% of the population, have faced a variety of threats since the passing of the CAA. The law has been compared to Trump’s xenophobic Muslim ban under which people from a number of majority-Muslim countries were banned from entering the U.S. Asked about the CAA and riots against it during his visit, Trump avoided the topic. “I don’t want to discuss that,” he told a reporter during a press conference Tuesday. “I want to leave that to India, and hopefully they’re going to make the right decision for the people.” He also defended Modi: “The prime minister was incredible in what he told me. He wants people to have religious freedom and very strongly.”

The exclusion of Muslims from protections under the CAA gives rise to fears of Muslims ending up in mass detention camps, as has happened to Muslim minorities in China. In rural Assam, where the current protests began, those whose names do not appear in the National Register of Citizens of India (NRC) have been told that they must provide proof they are citizens. Generations of Muslims who first came as asylum-seekers from all over South Asia reside in this state; most do not have any paperwork, including birth certificates. According to Vox, a quarter of the people in Assam are illiterate. Without paperwork to prove their citizenship, Muslim residents of Assam may be left stateless. While residents will have the chance to submit appeals, if those are rejected they may be sent to one of the 10 mass detention camps the Indian government plans to build. According to Reuters, the first camp, where even children will be held, is already under construction.

The Indian government argues that the CAA is not anti-Muslim because Muslims are not a minority and have the ability to seek asylum in neighboring Muslim-majority countries. However, the targeting of Muslims by Modi and the Bharatiya Janata Party (BJP), the ruling Hindu nationalist party, shows that Muslims are not safe. To Muslims around the world, the CAA is clearly part of a Hindu supremacist agenda to make Muslims in India stateless. Many neighboring countries, including Bangladesh, have already said they will not take immigrants, leaving those Muslims in India who do not have paperwork with nowhere to go.

Muslims in India are subject to human rights violations ranging from raids of their homes to the burning of mosques to being attacked solely for being Muslim. “It is a religious riot that began when the Hindus tried to move Muslim protesters using violence,” Sachin Kumar, a civilian, told The Guardian. “It has got completely out of hand. I saw shrines and mosques burning, Muslims’ shops were attacked and both sides were throwing stones. Cars were on fire and even the schools have been burned. […] This is the first time in my life I have ever seen anything like this.” Government officials and police are turning a blind eye as violence sweeps across the country in the name of Hindu nationalism. The violence has prompted the U.S. Embassy in India to issue an advisory for American citizens in the capital city, urging them to “exercise caution,” “keep a low profile,” and “avoid all areas with demonstrations,” CBS News reported.

Religious persecution such as Muslims are facing in India is not isolated to South Asia and, of course, one does not have to be South Asian or Muslim to identify and stand up to violence against minorities or corrupt leadership. Take action today and stand in solidarity against religious persecution and police brutality. Multiple organizations across the U.S. are gathering together to host events and protests against Hindutva, or Hindu nationalism, and the Indian government. Show up, and ask your local government to pass a resolution condemning efforts to deny religious minorities rights in India. Silence is compliance. Speak up against corruption and persecution everywhere. 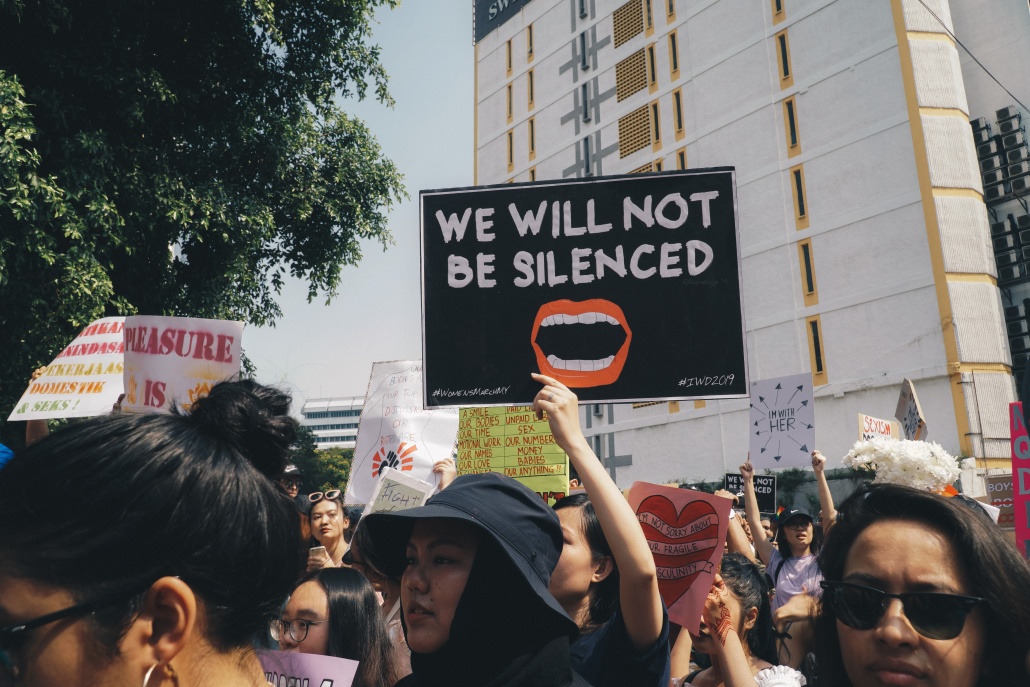 Calgary Imams stand up to ISIL recruiters with religious edict

Mobilizing the Mosque: The Upshot of Muslim Swing Voters
Scroll to top