Taliban have taken over the capital city of Kabul. President Ashraf Ghani has fled the country. Many nations have already evacuated their diplomats, citizens, and some local Afghani staff. Taliban claim the war is over in Afghanistan.

Al Jazeera reported, “the airport has been the real crisis point of the roll-in of the Taliban.”

“Outside of that, it has been relatively smooth. Security forces have for the most part laid down their weapons”.

However, some countries are still ready to keep their embassies open and keep friendly ties with the new emerging government of Afghanistan; China is keeping its doors open. A spokeswoman for China’s Foreign Ministry said, “The Taliban have repeatedly expressed their hope to develop good relations with China, and that they look forward to China’s participation in the reconstruction and development of Afghanistan…we welcome this”.

Russia is another country that has kept the opportunity to meet the Afghan leaders and come to an agreement. Dmitry Zhirnov, the Russian ambassador to Afghanistan, is set to meet Taliban Representative on Tuesday to discuss security for the Russian embassy.

Iranian President Ebrahim Raisi has shown support for the Taliban by saying that the US “Military failure” in Afghanistan has given the opportunity for restoring peace in the country.

The UK parliament is being recalled from its summer recess on Wednesday to discuss the situation in Afghanistan.

In a speech, Pakistani Prime Minister Imran Khan has said that Afghans have “broken the shackles of slavery”. The Pakistan Government has raised concerns over the recent events in Afghanistan. The Taliban control the two major border crossings with Pakistan. The Torkham crossing was briefly closed to pedestrians and trade after it was seized by the Taliban fighters. Pakistan is currently not allowing any more refugees to enter Pakistan. On a separate note some religious organizations in the country such as Jamaat-e-Islami and Jamiat-Ulama-Islam have congratulated Taliban on their win.

Earlier the Foreign Minister Shah Mehmood Qureshi met with Afghan delegation from the northern part of Afghanistan to express their concern over the inclusion of minorities and other ethnic groups in government and leadership.

There are many concerns as the government shift is not complete and no clear system seems to be in place. The oldest Defense and security think tank in the world RUSI (Royal United Services Institute) says that the Taliban have also got their hands on artillery, unmanned aerial vehicles (UAVs), rifles, pistols, and equipment like night vision goggles. Some of this has been seized from Afghan military bases. Others have been handed over by soldiers who have defected from government forces.

Dr Jack Watling, a research fellow at RUSI, says the Taliban don’t have the expertise to use and maintain items like helicopters and other big operating items so those probably have had little impact on the battlefield.

His bigger concern however is the access to thermal imaging and night vision equipment, and optical gear, which can be attached to guns to improve their accuracy.

Reports say that the Taliban are selling some of their stolen weapons abroad, in central Asia and the Middle East. These arms sales could expand into east Africa, according to Dr. Watling the impact of this could be severe.

“When you have a pervasive availability of weapons, that facilitates more armed clashes because you have a better-armed opposition,” says Dr Watling. “That’s something we’ll probably start seeing and feeling over the next few months.”

“Many of the guys who were in Afghan military units will have taken their weapons home, frankly, to protect their families. So, you have a lot of people who are pretty well-armed and have some military training, who may decide they don’t want things done as the Taliban would like, he continued.”

Besides being trained by the military Afghans have always taken pride in their weapons and teaching boys to use them at a very young age. While selling weapons outside of the country is a viable business selling them and spreading them within the country is a real possibility and later having another civil war on their hands is a problematic situation for the emerging government that they might have to think about sometime soon. 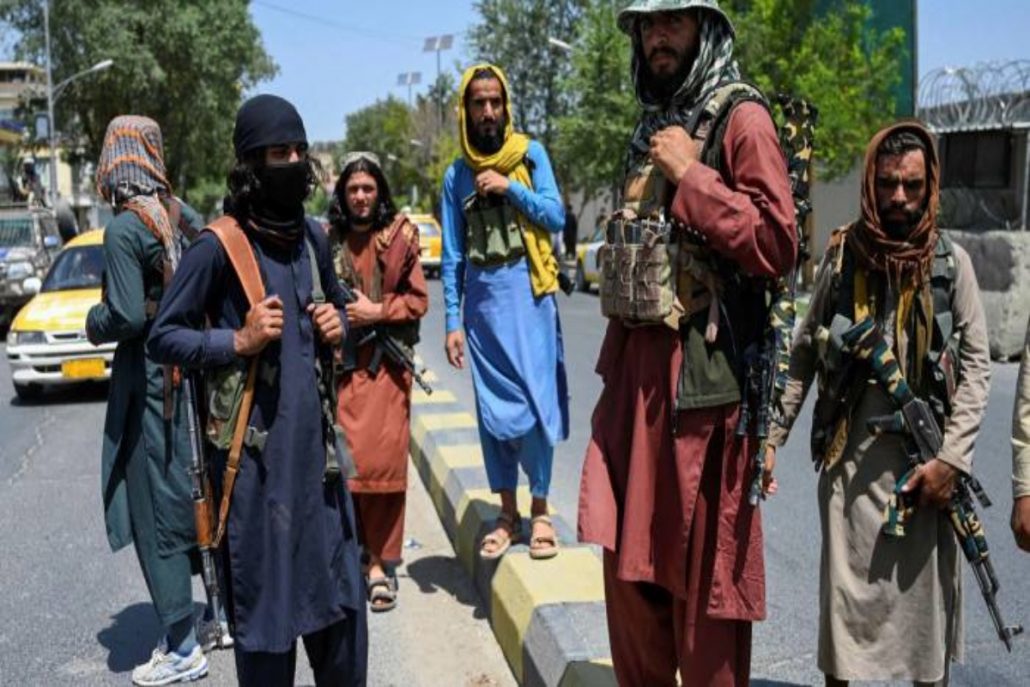 A GoFundMe in her name raised $900K, but the Asian grandma who beat her attacker is not keeping it
by Aysha Qamar Republished from Daily Kos Amid the never-ending sad news that has taken over the news cycle comes an…

© 2020 MuslimObserver.com, All Rights Reserved
Op Ed: The Taliban, The New Teachers of Afghanistan

Afghanistan: Contours of a catastrophe.
Scroll to top