On Sunday, a Gunmen shot Toofan Omar, the station manager of Paktia Ghaq radio and an officer for NAI, a humans rights group supporting independent media in Afghanistan, in a targeted killing in the Afghanistan capital.“Unidentified gunmen killed Omari. We are being targeted for working independently,” said Mujeeb Khelwatgar, the head of NAI.

The Taliban seized three northern cities over the weekend and have threatened to capture more, ramping up an offensive against Afghan government forces. Washington announced that it would end its military mission in the country by the end of the month.
After sweeping through the country’s rural areas, the insurgents’ military campaign has shifted to brutal urban combat in recent weeks. They have pushed into the edges of major cities like Kandahar and Lashkar Gah in the south and Herat in the west. Kunduz, the capital of a province of the same name, is a significant military and political prize. Sar-i Pul, and Taliqan, are all northern capitals. City of Kunduz, with a population of 374,000 it is a vital commercial city near the border with Tajikistan, and a hub for trade and road traffic.
“All security forces fled to the airport, and the situation is critical,” said Sayed Jawad Hussaini, the deputy police chief of a district in Kunduz city. “We are so tired, and the security forces are so tired, at the same time we hadn’t received reinforcements and aircraft did not target the Taliban on time”, he added.

In the two days after the Taliban have taken two key cities of Sheberghan, the capital of Jowzjan Province in the north, and Zaranj, the capital of Nimruz Province on the Afghanistan-Iran border. These are important wins because of the border with Iran. This makes it a crucial success for the Taliban forces. The Taliban’s military victories will not change the White house’s decision to end the U.S. mission by the end of the month, senior administration officials said Sunday. However, the violence has made it obvious the difficulty President Biden is facing trying to end a 20-year war all the while trying not to abandon Afghanistan.

Mr. Panetta Leon E. Panetta, who served as defense secretary under President Barack Obama, said in an interview, “Let’s face it, the most you can hope for now is some kind of stalemate” between Afghan forces and Taliban fighters.”

According to the EU, about 400,000 Afghans have been displaced by the fighting in recent months. The envoy plans to “press the Taliban to stop their military offensive and to negotiate a political settlement, which is the only path to stability and development in Afghanistan”, the state department said.
“We know that urban warfare results in scores of civilians being killed. We have seen it before, too many times. In Afghanistan, since 9th July, in four cities alone; Lashkar Gah, Kandahar, Herat and Kunduz – at least 183 civilians have been killed and 1,181 injured, including children,” UN human rights chief
said, adding that these were just the civilian casualties the UN had managed to document. 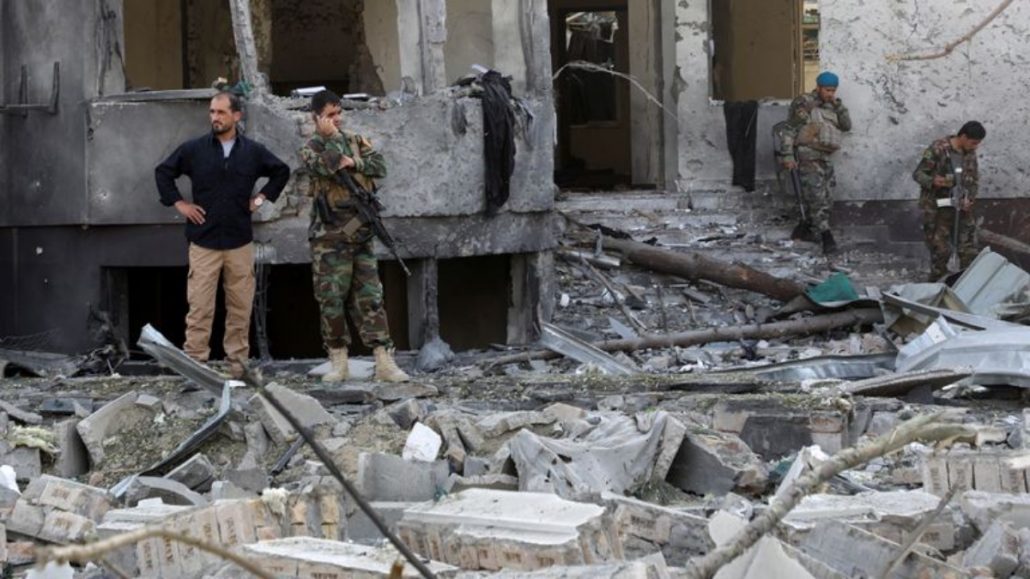 The Muslim Voice of Baseball

Delectable Lamb Spaghetti
by Noor H. Salem In the past, we’ve discussed the recently growing trend of gluten-free foods, and the lack of scrumptious…

Banquet at The Muslim Center

Op Ed: The Taliban, The New Teachers of Afghanistan
Scroll to top