by Mike Ghouse
Indian Muslims and Christians are the most non-violent people on the earth; despite enduring lynchings, harassment, calls for their Genocide and living an insecure life, they have not even entertained the idea of retaliation or revenge. That is pure non-violence, and fellow Indians and the world must admire them; they are exemplary citizens.
Is Biden Admin corrupted to overlook India’s religious freedom violations? The president speaks about standing up for religious freedom with one mouth, but his actions are nowhere near his words. Is he another politician in the guise of a humanitarian statesman?
God bless Ambassador Richard Holbrook, who begged and pushed Senior Bush and then Clinton to take action before a significant Genocide in Bosnia in the proportions of the Holocaust happened. Finally, President Clinton listened to Holbrook and stopped the Bosnian Genocide. Congresswoman Ilhan Omar asked the Biden administration how many Indian Muslims had to be killed by Modi Government before they woke up? Many Human rights organizations and concerned citizens are making efforts to appeal to the administration to take action, and they all have failed to get the president’s ear. We need a Holbrook to scream in Biden’s ears.
The Washington Post Editorial “US must oppose India’s rising Islamophobia” concluded, “India could be a pluralistic democracy or a country defined by a dark, intolerant nationalism. The United States should work actively in favor of the former.” It is one of the most profound calls to the Biden Admin. It is the only advisement one can give President Biden at this time.
Indeed, we, the people of the United States, owe the People of India assurances that we are serious about protecting their freedoms, and we will make every effort to bring the deviant leaders of India back on track.
We urge Blinken and Biden to declare India a Country of Particular Concern, a recommendation made by the bi-partisan USCIRF. We want to assure the majority of Indians that it is not a punishment but a recommendation to restore the religious freedom and human rights of Indians. Undoubtedly, it will benefit every Indian and protect the long-term American interests. If Modi does not care, there is a possibility that American corporations may pull out of India, and the foreign funding for investments may dry up and hurt the Indian economy.
It is in the interest of every Indian to urge the Modi government to get their act together and not hurt India. The Gulf countries have proved that if Modi faces economic concerns, he will get his act together. Now, global corporations have to do the same.
I plead the Indian Americans to stand on the right side of the history and urge the Biden Admin to slap on Modi’s hands to restore religious freedom and honor the human rights of all Indians. Indira’s have come and gone, and so will be the Modis, but Indians must live peacefully together for the Prosperity to be sustainable. No Indian should live in tension.
The lynchings, harassments, banning what they eat, preventing their girls from going to school in hijab, and chasing Muslim vendors from selling the fruits to support their families are brutal to bear. They cannot even protest; if they do, their homes risk demolition. The Hindu religious right affiliated with Modi’s fascist party has called for the Genocide of 2 million Muslims, that is 1% of Indian Muslims, as a test, and they have announced handing out swords to go out and kill.
On the other hand, the Christians are harassed in broad daylight, barging into the Sunday church service and chasing the worshippers out of meetings. There are many reports to this end.
The lava is fiercely burning inside India and may burst into flames anytime, bringing everyone down.
Imagine an India with a raging civil war, and if you are an Indian American, you will be advised by the Department of State not to visit India as you will not be safe. It is in our selfish interest to do the right thing. It is in the interest of America to have a politically stable India to keep it as our reliable ally.
Ultimately, all Indians must live together in peace to enjoy Prosperity and a superb standard of life.
Imagine how the Indian Americans would feel if the White supremacists wanted to kick the Indians out, as their loyalty is to Kashi and not Washington. Further, they have stolen American jobs. An identical statement is the battle cry of the RSS – the parent organization of the Modi Party, that Christians and Muslims are loyal to Jerusalem and Mecca and not Delhi and must leave India. These are petty arguments, and each one must stop these arguments. And I hope RSS voluntarily renounces violence, becomes a member of civilized societies, and learns to live and let live.
Modi had articulated the perfect slogan ever in the history of politics; “Sab ka Saath, sab ka Vikas aur sab ka Vishwas.” None of which he meant. (Everyone together | Prospering together | Trusting everyone)
As Americans, we want India to be our reliable ally. To be reliable, India has to function cohesively, and every Indian must feel secure about their religion, culture, ethnicity, language, and other uniqueness. That is when India will become a reliable ally. Biden Admin and the Indian Americans need to work on this.
Dr. Mike Ghouse offers pluralistic solutions on issues of the day and is president of the Center for Pluralism in Washington, DC.
Share on Facebook Share
Share on TwitterTweet
Share on Google Plus Share 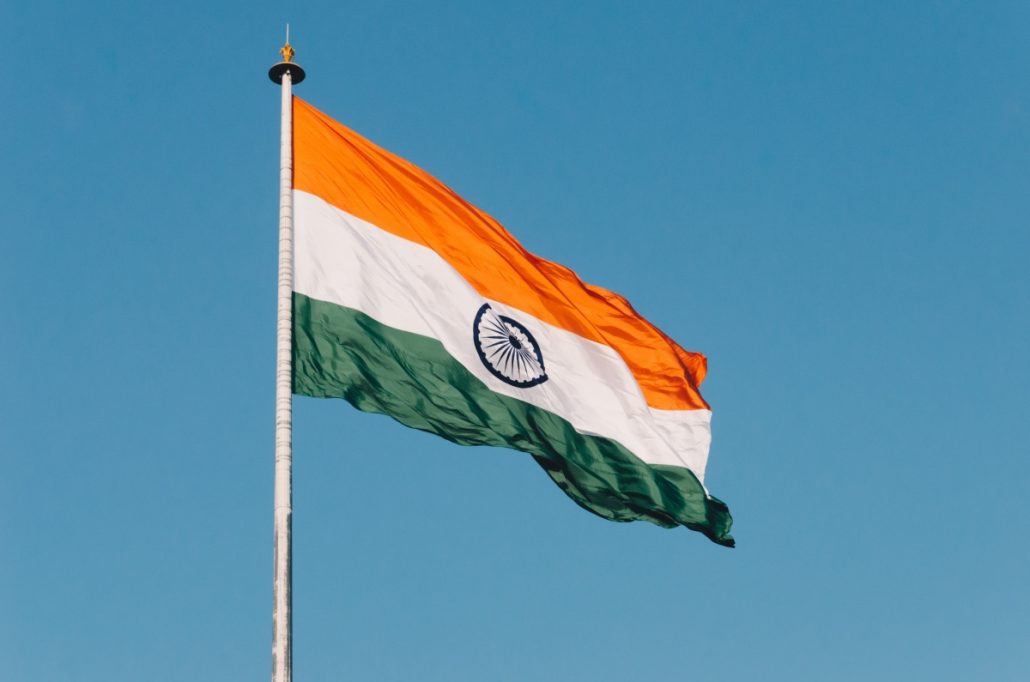 Yes, It Could Happen Here
Why Saudi Arabia is ripe for revolution. By Madawi Al-Rasheed   In the age of Arab revolutions, will Saudis dare…

Why is Prophet Muhammad a Mercy to Worlds?
Scroll to top