Concerns about the state of Indian religious minorities particularly Muslims resurfaced in the aftermath of the demolition of houses that protested against Indian maltreatment of Muslims.

This comes in the context of increased Islamophobia under the Hindu Nationalist-oriented BJP government. This has attracted criticisms and concerns from Human Rights groups. According to Al Jazeera, “A top human rights group says India must immediately end a “vicious” crackdown on Muslims who took to the streets to protest against the ruling party official’s remarks about Prophet Muhammad and his wife Aisha. Authorities were “selectively and viciously cracking down on Muslims who dare to speak up … against the discrimination faced by them,” Amnesty International’s Aakar Patel said in a statement on Tuesday.

“Cracking down on protesters with excessive use of force, arbitrary detention and punitive house demolitions … is in cobroadermplete violation of India’s commitments under international human rights law. “ This was in the aftermath of anti-Islamic comments by senior members of the ruling BJP party.

Furthermore, there has been violence against Muslims as well. According to Al Jazeera, “Two Muslim teenagers were killed and hundreds of others arrested last week in nationwide protests over the comments, which embroiled India in a diplomatic furore and caused widespread outrage in the Muslim world. Amnesty demanded an “immediate and unconditional release” of the jailed protesters.” Additionally, the demolitions and arrests prompted criticism from prominent former Indian jurists.

According to  Al Jazeera, “The former judges and lawyers urged the Supreme Court to take action to “arrest the deteriorating law and order situation” in Uttar Pradesh. “The coordinated manner in which the police and development authorities have acted lead to the clear conclusion that demolitions are a form of collective extrajudicial punishment, attributable to a state policy which is illegal,” they wrote.

Local officials said the demolition was justified as parts of the house had been illegally constructed and that Javed had not appeared for hearings on the issue in May.” Additionally, the anti-Islamic comments prompted condemnation from Qatar, Iran and several other countries. 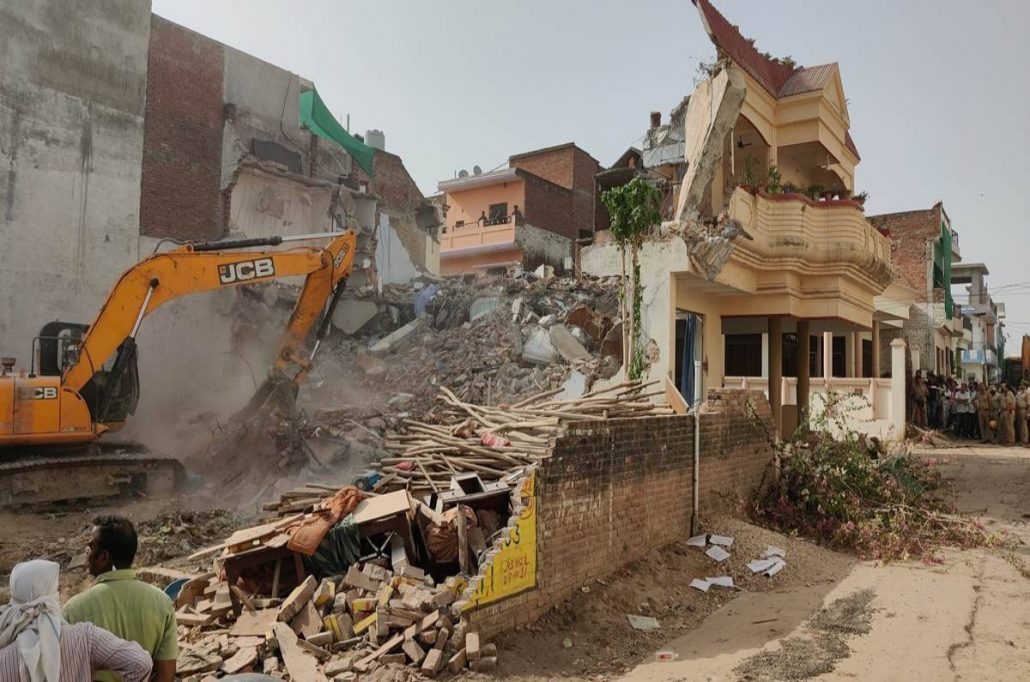 Letters to the Editor–Disliked Articles

THE PERSECUTION OF ISLAMIC SCHOLARS AND INTELLECTUALS
by Islamic Shura Council of Southern California Indeed, we live in strange times.  In the past, the logical explanation could…

Demographic Makeup of Muslims in Michigan

© 2020 MuslimObserver.com, All Rights Reserved
United Muslim Front of Chicago and Tri-state area holds a rally to condemn the...