Muslim Americans win in record numbers, at least 12 make history as firsts in their state

This year, a record-breaking 145 American Muslim candidates ran for local, state, and federal office, including 48 state legislative candidates running in 23 states. Prior to Tuesday’s election, only 29 American Muslims were in office as state legislators serving in 18 states, with only 5 of the 29 elected prior to January 2017. New York and Minnesota led the pack with three each.

This election, though, not only did a record-breaking number run for office, but they also won. Across the country, at least 83 Muslim Americans won local, state, and federal elections as of Thursday, with at least 12 making history as the first Muslims in their positions in their state.

Jetpac Resource Center, a nonprofit focused on increasing Muslim political representation in the U.S., and the Council on American-Islamic Relations (CAIR), a civil rights advocacy group, announced the electoral victories of American Muslim candidates in the midterm election, noting the growing number of Islamic community centers and mosques that served as polling stations for voters to cast their ballots, including the Muslim Association of Virginia’s Dar Alnoor Islamic Community Center in Prince William County.

This year’s wins also surpass the two groups’ previous record of 71 counted in 2020; the data has been tracked for the last six years.

“Tonight’s historic string of record-breaking American Muslim electoral victories is a testament to our community’s ongoing rise in American politics and the trust our neighbors have placed in us to represent them and fight for their interests,” CAIR National Executive Director Nihad Awad said Tuesday.

“We are witnessing the next step in the American Muslim community’s political transformation from marginalized voices that were sidelined, or worse, to decision-makers. These newly-elected officials are building upon the success of our community’s decades-long investment in civic engagement, voter registration, and running for office. We call on all American Muslim elected leaders to draw inspiration from their Islamic faith and work for the best possible future of all Americans.”

While all the wins are commemorable and should be celebrated, Daily Kos has highlighted the 12 historic wins that mark firsts in their respective states.

Two Muslim women made history in Georgia as firsts this year, alongside one Muslim man. In total, Georgia elected four Muslim Americans to office.

Ruwa Romman, 29, is the first Muslim woman elected to the Georgia House of Representatives. The Palestinian American was born in Jordan and moved to the United States when she was 7. She won the Democratic primary against JT Wu for Georgia House District 97 in May, and the general election against Republican John Chan on Nov. 8.

In her campaign platform, Romman advocated for gun violence to be treated as a public health issue and promised to push for better background checks, studies on preventing gun violence, and legislation to keep guns away from domestic abusers.

On Tuesday, Bangladeshi Muslim American Nabilah Islam became the first Muslim and South Asian woman to be elected to Georgia’s Senate. Islam had previously run for (and lost) the competitive Georgia U.S. Senate seat back in 2020 but, despite this, took the chance to run again.

“I decided not to give up,” Islam said. “I still wanted to make a difference in my community in the state levels; there’s many things we needed to work on, including access to Medicaid and protecting abortion rights.”

Mughal grew up in Gwinnett County—the county he ran in—and built a career as a skilled government affairs advisor and political strategist. On Tuesday, he made history as the first Muslim man to be elected to the Georgia House of Representatives. He will be representing District 105.

“I have faced and overcome hard times in my life. I have lived paycheck to paycheck. I have experienced discrimination first-hand. In the past, my family and I faced eviction, and we had to do without health insurance. Facing these struggles, I have never given up on my fight for a better life for my family. My success is a result of many failures. I didn’t give up and I want to bring the same hope to my friends and neighbors.”

Illinois elected its first Muslim Americans to the general assembly Tuesday, including 23-year-old Nabeela Syed and 33-year-old Abdelnasser Rashid, who both won seats in the state house.

Syed marks not only the first Muslim woman to be elected to the state house in Illinois, but also the youngest member of the state’s general assembly!

Syed is joined by Abdelnasser Rashid.

Rashid is not only the first Muslim but also the first Palestinian-American to be elected to the legislature.

“People say wait your turn, or there is no space for you. We made space,” Rashid said.

He noted that he won the support of voters by engaging with them on key issues, not his identity. Rashid’s campaign noted that he would prioritize the interests of working families, not corporate special interests.

“They didn’t vote for me because my name is Abdelnasser, because I happen to be Palestinian and happen to be Muslim. They voted for me for the ideas that we engaged with them on,” he said.

At least two Muslim women made history in Maine Tuesday, including one who was also the country’s first Somali-American mayor.

Deqa Dhalac made headlines again as the first Muslim elected to the Maine State Legislature representing District 120. Her political career began in South Portland in 2018 when she ran for the South Portland City Council and won.

“We need folks like myself who represent a whole different community to be sitting in the state legislature, so that we can be representing all communities in our state,” Dhalac told News Center Maine.

Mana Abdi also made history as the first Muslim elected to the Maine State Legislature Tuesday. She ran unopposed in House District 95 after her Republican opponent withdrew.

Born in a refugee camp, Abdi’s family fled the conflict in Somalia and eventually came to Maine, the Bangor Daily News reported. Abdi currently works at Bates College’s Office of Intercultural Education and ran on a platform that emphasized more financial support for public education.

Zaynab Mohamed made history as not only the first Muslim to be elected to Minnesota State Senate, but also as one of three Black women elected to the Minnesota Senate. No Black women have served in the state Senate in 164 years of statehood, the Sahan Journal reported.

“I’m honored that the people of South Minneapolis have placed their trust in me to serve as their next state senator,” Zaynab said Tuesday night. “I’m incredibly grateful to my friends, family, campaign staff, and volunteers who made this historic night possible and for the unwavering belief they had in me throughout this campaign. There’s important work ahead and I can’t wait to get to work improving the lives of working Minnesotans.”

Democrat Munira Abdullahi made history as not only the first Muslim elected to the Ohio State Legislature but the state’s first Somali American lawmaker. Behind Minneapolis, Columbus—which Abdullahi will partially represent—has the second-largest Somali population in the United States.

According to The Dallas Morning News, Bhojani’s victory also gave Democrats one of their only wins in Tarrant County—an urban county dominated by Republicans. Bhojani’s win represents not only the first Muslim to be elected to the state legislature but the first person of color to represent District 92.

Bhojani’s campaign focused on “kitchen table issues that every family cares about, regardless of their party,” including strengthening schools, building a better economy, and improving access to health care.

According to The Dallas Morning News, Suleman Lalani defeated Republican Dan Mathews by a wide margin. He ran on a platform of improving health care and public education, protecting the grid and environment, and developing an equitable state economy.

“I’m inspired by the historic wins we are seeing in local and state elections across the country. It shows that the Muslim community is building solid infrastructure for sustained electoral success. Policy decisions on education, housing, climate, and civil rights are shaped by state legislatures and it is critical that our voice is represented in the policymaking process,” Jetpac Resource Center Executive Director Mohammed Missouri said Tuesday.

While these Muslims may be the first in their states, they will certainly not be the last. Congratulations to all the winners! 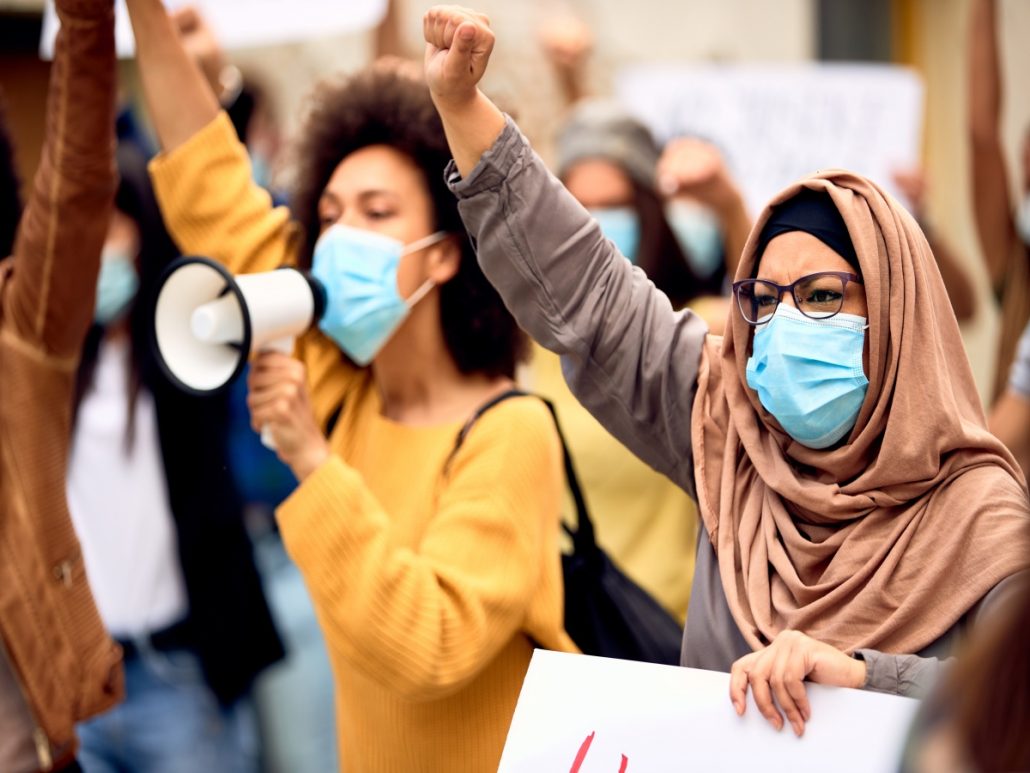 © 2020 MuslimObserver.com, All Rights Reserved
Ukraine Accuses Iran of Supplying Drones to Russia to Use against It