As the Jan. 6 insurrection hearings commence, other information unrelated to the terrorist attacks from that day are surfacing. The Washington Post reported Friday that Virginia “Ginni” Thomas, wife of Supreme Court Justice Clarence Thomas, pressed 29 Arizona lawmakers to overturn their elections in favor of Trump. The outlet had previously reported that Thomas emailed two lawmakers, but newly obtained emails indicate at least 29. The Post was able to obtain the emails under Arizona’s public records law.

The emails sent on Nov. 9, 2020, argued that the legislators needed to intervene in order to set aside Joe Biden’s popular-vote victory and choose “a clean slate of Electors.” While she did not mention the candidates’ names, the intent was clear due to her reference to fraud committed during the election and Joe Biden’s popular-vote win in the state.

Of the 29 lawmakers, about 20 were noted to be members of the Arizona House and at least seven Arizona state Senators. At the time the emails were sent, the emailed individuals represent more than half of the Republican members of the state legislature.

According to The Post, Thomas sent the messages using FreeRoots, an online platform that allows for pre-written emails to be sent to multiple elected officials at once. It came days after Biden was announced to have won.

In it, Thomas urged lawmakers to “stand strong in the face of political and media pressure” and claimed it their responsibility to choose electors; “yours and yours alone,”  the email said.

In another email dated Dec. 13, Thomas emailed 22 House members and one senator. According to The Post, this email was sent a day before members of the electoral college were to cast their votes and seal Biden’s victory.

“Before you choose your state’s Electors … consider what will happen to the nation we all love if you don’t stand up and lead,” the email read. It linked to a video of a man urging swing-state lawmakers to “put things right” and “not give in to cowardice.”

While some lawmakers spoke to The Post and said Thomas’ emails had no impact on their decisions, the fact she even sent them is shocking.

“That conflict of interest just screams at you,” Adam Schiff said on MSNBC about the emails. Schiff serves on the House committee investigating the Jan. 6 attack on the Capitol.

He also noted Clarence Thomas’s decision not to excuse himself from the case when Trump went to the Supreme Court in an attempt to block the House committee from getting access to his White House records. While the high court declined to block the release of those documents, Clarence Thomas was the only judge to side with him.

“Here you have the wife of a Supreme Court justice,” Schiff said, trying to “get Arizona to improperly cast aside the votes of millions. And also, to add to it, her husband on the Supreme Court, writing a dissent in a case arguing against providing records to Congress that might have revealed some of these same emails.”

Ginni Thomas’s involvement in the “Stop the Steal” movement does not end in a history of sending emails. In March, several outlets also obtained text messages she sent to Trump’s chief of staff, Mark Meadows, in 2020. In those messages, Thomas not only spread false information but also urged Meadows to fight to keep Trump in office.

But of course, despite her attempts, Biden was certified as the winner in Arizona. We have yet to see how the Jan. 6 committee hearings will present these and any additional findings of Ginni Thomas’ role in Jan. 6. 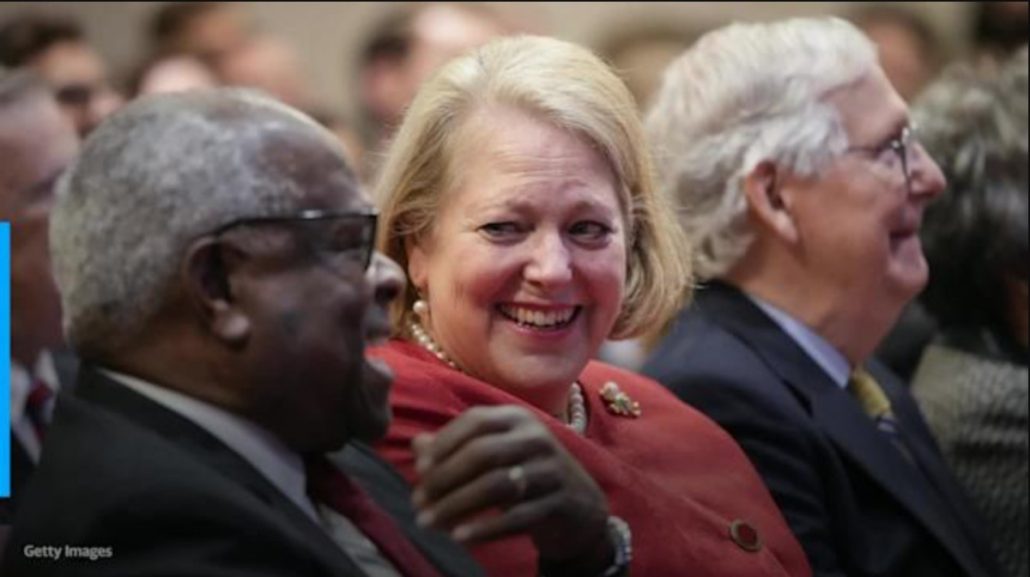 Why An American Muslim Leadership in the World is a Must in Our Time?

© 2020 MuslimObserver.com, All Rights Reserved
A recap and what comes next for the Jan. 6 committee

United Muslim Front of Chicago and Tri-state area holds a rally to condemn the...
Scroll to top