Behind BJP’s Attempts to ‘Distort’ Sikh History, the Agenda Is Fuelling Anti-Muslim Hate

by Apoorvanand
Reposted from The Wire

The fact that demands from Sikh bodies to mark ‘Veer Bal Diwas’ as ‘Sahibzade Martyrdom Day’ were ignored reflects the BJP-RSS’s open disdain towards Sikh tradition.

It is only appropriate that the Sikh community is protesting against the Bharatiya Janata Party (BJP) and the Rashtriya Swayamsevak Sangh (RSS)’s attempt to weaponise Sikh traditions and history to serve the ends of the Hindutva project.

The most recent example is the celebration of Veer Bal Diwas by the BJP-led Union government. This is apparently to remember the martyrdom of the Sahibzade, who were murdered at the instance of Aurangzeb. But the Sikhs realise that there is no respect for the Sahibzadas behind the government’s decision. It is actually to further the politics of anti-Muslim hatred and violence.

In January this year, when Prime Minister Narendra Modi announced the decision to celebrate ‘Veer Bal Diwas’, Sikh organisations opposed the move. They demanded that it should be named ‘Sahibzade Martyrdom Day’, because they are not treated as children in the Sikh tradition. But the BJP government ignored this demand and went ahead with its plan to call it Veer Bal Diwas.

The Shiromani Gurdwara Parbandhak Committee and Akal Takht have condemned the move. They alleged that the BJP and the government are “distorting” Sikh history and tradition. What they have not said in the statement – but which is not difficult to understand – is that the BJP is using the Sikh religion to fuel hatred against Muslims.

It is true that there was a conflict between the Mughals and the Sikh leaders. But Sikhs today have refrained from using this historical fact to further politics of violence against Muslims. Sikh organisations have stood for the Kashmiri Muslims who have been targeted by the Hindutva forces. When they were being attacked in India, Sikh organisations came forward to help them. Sikhs stood by the Muslims when they protested against the new citizenship law. When the Muslims in Gurgaon were stopped from offering Friday prayers, Sikhs opened the doors of gurudwaras for them.

The RSS and the BJP resent this. It wants to include Sikhs in its violent project against Muslims. That is the only reason for them to remember Guru Gobind Singh or Guru Tegh Bahadur. The intention is not so much to remember them as is to keep alive the memory of the “cruelty” of the Mughals on their pretext.

We need to understand that these occasions are not meant to address Sikhs. Otherwise, why would the government celebrate ‘Sahibzade Diwas’ as ‘Veer Bal Diwas’, ignoring the wishes of the Sikhs? Why does it not bother the government that it might anger the Sikhs? The only reason for this could be that the government is addressing Hindus through such occasions. It wants to tell the Hindus that Sikhism is not an independent religion.

According to Hindutva ideologues, Sikhism is a branch of Hinduism. That’s why Sahibzade should not be called ‘Baba’, by which Sikhs remember them. This open disdain for the Sikh tradition is not without a reason.

Because of RSS and even otherwise, Hindus believe that Sikhs are protectors (or watchmen) of Hindus. This religion was born to protect the Hindu religion, they believe. This is what we have been hearing since our childhood. Using this ingrained belief among Hindus, the BJP wants to Hinduise every symbol and every occasion associated with the Sikh tradition.

The BJP did not succeed in creating anti-Muslim hatred among Sikhs on the basis of the history of conflict between the Mughals and the Sikhs and the bloodshed that took place during the creation of India and Pakistan. But it is relentlessly using it to justify anti-Muslim hatred among the Hindus. It also wants to convince Hindus that Sikhs – by not opposing Muslims – are foolish or naïve. Will Hindus allow themselves to be convinced?

Reliance on history for anti-Muslim politics

This is not the first time that the Mughals are being used for the anti-Muslim politics of the day. The slogan raised during the campaign for the demolition of the Babri Masjid was “Babur ki auladon ko..” Everyone remembers that. A call was given to the Hindus to send Muslims to their “rightful place” by calling them the children of Babur.

For the past few years, the memory of the Assamese king Lachit Barphukan has been celebrated all over India because he had broken the teeth of the “Mughal invaders”. Even while inaugurating the corridor of the Vishwanath Temple in Varanasi, the prime minister felt it necessary to remind his people of the brutality of Aurangzeb.

On the occasion of ‘Veer Bal Diwas’, the prime minister spoke about the need for a new interpretation of history. According to him, to date, we have been taught “wrong history”. This wrong history has made Indians feel inferior. Now, his government is crafting a history to make Indians proud of themselves. Be it Mughal or Tipu Sultan, all are terrorists as per this version of history. And the Hindu or non-Muslim kings or rajas are liberals.

What do we make of the repeated use of the epithet ‘terrorist’ for the Mughals? There is no need to explain who Hindutva defines as today’s terrorists. The Mughals are being projected as the ancestors of today’s terrorists. Efforts are also being made to prove that it was their job to forcefully convert Hindus. This history is also very useful for today’s anti-conversion campaign.

It is dangerous to ignore the pettiness of using every sacred and solemn occasion for anti-Muslim hate propaganda.

One of my students pointed out that Hindus are being persuaded that now is the time to avenge the wrongs of the Mughals. “The battles that our forefathers had lost are the ones to be won. It is being achieved in a number of ways – the main one being through fabricating history. By making Rana Pratap win the battle of Haldighati in the textbooks, and by changing the names of places like Allahabad or Ayodhya. This is how Hindus are winning back the territories lost by their forefathers to Muslims. Since Muslims of our days are their descendants, by killing them we are taking revenge on behalf of our forefathers!” 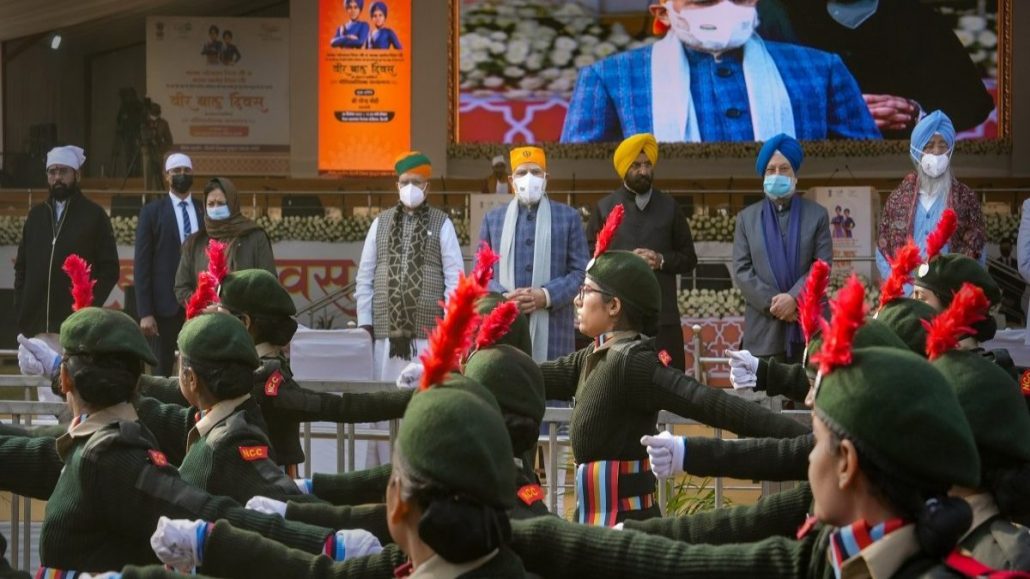 Coming Together for Indonesia

Andrew Tate, who had recently converted to Islam, arrested in Romania
Scroll to top