The Aligarh district panchayat recently passed a resolution asking the government of Uttar Pradesh to change the name of the district and its eponymous city to “Harigarh.”  This proposed renaming is not an isolated event.

Cities and district renamed in the UP since the last election in 2017 include, most notably, Allahabad, which is now called Prayagraj, and Faizabad, now known as Ayodhya.  Campaigns are also underway to change the names of a number of other districts, localities and jurisdictions.

Since India’s independence in 1947, hundreds, perhaps thousands, of places have been renamed, including states, districts, cities, towns and localities.

Most famously, the city of Bombay was officially renamed Mumbai in 1996. A year later, Madras became Chennai. Calcutta followed suit in 2001 by becoming Kolkata. In the case of these megapolises — three of the four largest cities in India at the time — the rechristening did not trigger much controversy because their new names were actually not new. For Mumbaikars, their city was always known as Mumbai. Similarly, locals in Madras and Calcutta called their hometown Chennai and Kolkata, respectively.

But the current renaming spree that UP and some other states are witnessing is of a completely different genesis. An offshoot of the growing Hindutva majoritarian politics, it has more to do with the realpolitik of the day than anything else. The campaign is part of a larger battle to exclude and target minority communities.

At the heart of these renaming campaigns is the belief that the names in question were given by Muslim rulers or ruling class of the past and, therefore, they must be changed. That is a misguided notion for moral, economic and political reasons.

I say this as someone who was born in India, lived and attended school in Aligarh and still cares for and loves India, even half a century after leaving its shores. It pains and concerns me to see that a significant section of India is more interested in fighting wars of the past than dealing with the critical issues and challenges that India faces.

Aligarh is home to one of India’s oldest and most prominent university, Aligarh Muslim University (AMU), where I went to school. The city and region are etched in the character and consciousness of tens of thousands of Aligarians like me. AMU has been and continues to be the guiding light for all Aligarians.

Having spent my formative years at the university, being an Aligarian is part of what defines me. What is best in me, I owe it to AMU. AMU remains an indelible and indispensable part of my life and my story and my journey. Its leaders have shaped India’s history. Its principles have always guided me throughout my life during the time of calm or crisis. For that reason, if Aligarh’s name is changed, what is being erased is not just a part of my past, but my present as well. Therefore, it is inconceivable to call Aligarh by any other name.

The impact of rechristening Aligarh and other towns and districts on their local communities, especially those belonging to the Muslim faith, is likely to have disastrous consequences. It will alienate minorities, who faces hostility and prejudice and who have already been made to feel insecure, and further divide an already fractured nation. It will do well to remember attack on one faith is attack on all faiths. Today they are the victims but tomorrow it will be someone else.

There is a strong economic argument against the rechristening campaigns, which are usually associated with enormous costs. Changing the name of a large jurisdiction like the Aligarh district — which has a population of more than 3.6 million — is not as simple an exercise as renaming a stadium, or a street.

The new name has to be reflected in tens of thousands of places across the district, beginning with post offices and various government offices, not to mention official documents, signboards of businesses.

According to India Today, the Uttar Pradesh government spent more than 300 crores (more than $45M in the 2017 exchange rate) when it changed the name of Allahabad to Prayagraj in October 2018. That amounted to roughly 2,000 rupees for every man, woman and child in the city of 1.5 million people. To put that amount in context, it is 3 percent of the per capita income of Uttar Pradesh.

To spend such a large amount on changing names of places in the middle of an unprecedented economic downturn shows misplaced priorities of elected leaders. Those resources should be spent to fight against hunger, poverty, despair, and ignorance and to provide education, health care, clean air and jobs to citizens. I firmly believe the elected political leaders should lead the land in a manner that build bridges and that breakdown the barriers of biases and that advances unifying nationalism not religious nationalism and that promotes the Indian ideal of brotherhood and that brings people together rather than tearing apart the harmonious fabric of India, thus keeping the flame of hope alive and well. They can play a vital role in diffusing tensions. They can play a pivotal role by promoting the unique benefits of message of unity by articulating: we are stronger together. And, together we can help shape a stronger and better future for India,

News reports indicate that a decision on renaming will be forthcoming as early as the first week of September.

I hope Chief Minister (CM) Yogi Adityanath, a man of vision, strength, and selflessness, will rise to the occasion and veto the request from the local leaders of his party. By doing so, he will be doing a great service to the state and the nation and history will judge him kindly.

Keeping the name of Aligarh and other places is critical to preserving India’s proud past and maintaining an inclusive and tolerant UP, building stronger communities and strengthening the bonds that binds them as a family, thus keeping India as a global beacon of hope for a healthy and vibrant democracy.

In conclusion, a name is a link to the past and a bridge to the future.  Keeping Aligarh named Aligarh will demonstrate the understanding that all Indians want to pursue the common good. They breathe the same air, drink the water from the same river, and cherish their children’s future in the same way. They need to figure it out how to work together and how to live together across religious boundary and differences and how to heal together. Their bonds are stronger than the differences that sometime derive them apart.  Because of this they should be united now and forever in the pursuit or the promises, possibilities and potential that is Aligarh, Uttar Pradesh, and India.

(Frank F. Islam is an Entrepreneur, Civic Leader, and Thought Leader based in Washington DC. The views expressed here are personal) 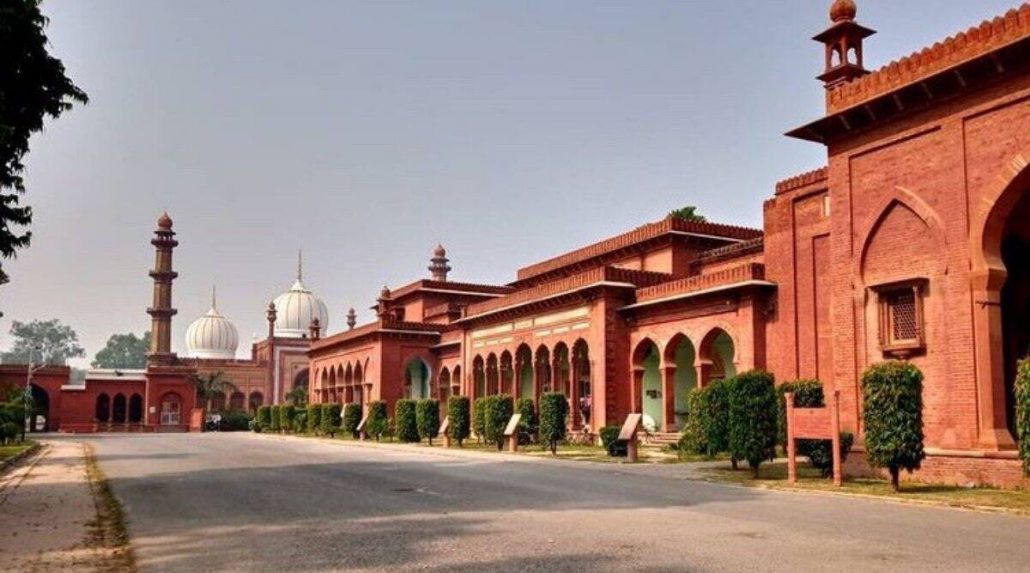 © 2020 MuslimObserver.com, All Rights Reserved
Defeating COVID-19 with Vaccines and Boosters