Americans nationwide have come together in solidarity to condemn attacks that targeted the Jewish community this month in New York. Within the last two weeks, nine anti-Semitic attacks have made headlines in the state, spreading fear in the Jewish community. The most recent attack occurred on Saturday when a man broke into the home of a rabbi and stabbed five people during a Hanukkah celebration. The suspect was arrested and charged with a hate crime, officials said.

The rise of anti-Semitic hate crimes has not only spread fear, but has also allowed for citizens to come together to show their support for the Jewish community. In response to the recent attacks, New York citizens rallied and came together to light a menorah Sunday. “The largest Menorah in Brooklyn is now shining bright & proud, just like our Jewish community,” advocacy group Bend the Arc: Jewish Action wrote on Twitter.

A tweet from activist and organizer Jason Rosenberg brought widespread attention to the rally, and Grand Army Plaza, the location of the menorah, was trending on Twitter, The Daily Dot reported. As awareness of the rally spread online, attendance grew to nearly 500 people. “Between rain, people of all faiths and diverse walks of life came together in song and celebration of the final night of Chanukah but also with calls to action to confronting antisemitism,” Rosenberg told The Daily Dot in an email.

Other cities joined New York in lighting their own menorahs, including Des Moines, Iowa; Fort Collins, Colorado; and Miami, Florida. At a candlelighting ceremony in Des Moines, U.S. Sen. Bernie Sanders, who identifies as Jewish, spoke of celebrating diversity. He emphasized the rise of hate crimes in the country, and the importance of saying “no to religious bigotry” and coming together as Americans. “If there was ever a time in American history where we say no to religious bigotry, now is the time. If there was ever a time where we say no to divisiveness, now is the moment,” Sanders said during the ceremony.

Fort Collins residents expressed the same support for their community. During their town’s 15th annual menorah-lighting ceremony, hosted by Chabad Jewish Center of Northern Colorado, Rabbi Yerachmiel Gorelik told those in attendance to be strong, adding that “we must know that no matter how dark it seems to be, the light will prevail.” The town’s mayor, Wade Troxell, also emphasized unity and said, “As a unified and wonderful community coming together, let us join the praise, the hope, the oneness with the menorah of lighting the night.”

Miami Beach hosted a similar ceremony, where citizens gathered despite being afraid. According to NBC Miami, Rabbi Zev Katz of the Chabad Jewish Synagogue spoke on being unified and strong together as a community. “We are worried about it, but instead of saying we’re going to go underground and hide, we do the opposite today. I sent the email: ‘Don’t hide. Come to the menorah lighting. Be a proud Jew.’ Because, that’s what we have to do. These people are trying to stop us to be a proud Jew,” Katz said.

Towns all over the U.S. are coming together to express the importance of community and showing solidarity, no matter what faith one identifies with, no matter if one identifies with no faith at all. The Jewish community is not alone in the shadow of these attacks, and Americans are determined to make them feel safe. As hate crimes against marginalized communities grow, advocates and citizens for diversity are coming together to unite communities with one another in efforts to combat hate.

Nechama Kramer, a self-defense teacher who lives in Monsey, New York, the town in which the stabbing occurred, told USA Today that those who wear symbols of their faith do not feel safe, but that they will not stop worshipping. “Nothing is going to stop us praying to God,” Kramer said. “Nothing is going to stop us being Jewish. I’m really hoping the world can wake up and not be so hateful.” 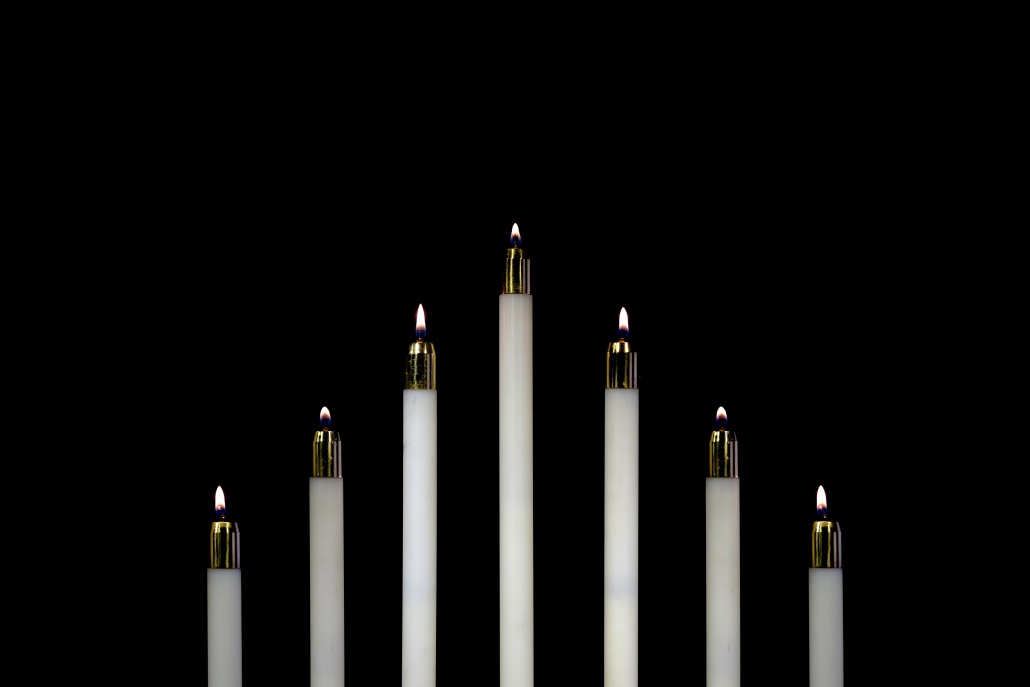 Romney Would Get Help from Rivals’ Wealthy Donors

Health and Wellbeing: Nutrition, Herbs and Spices
Scroll to top