This article was originally published on The Diplomat, read it here.

India, where Muslims have been at home for more than a millennium, is trying its hardest to alienate, disenfranchise, and disintegrate them.

From Europe to Australia, not just countries but entire continents are struggling to integrate their growing Muslim populations. Religious, cultural, and particularly political differences with Muslim minorities have posed serious challenges to many Western nations. They struggle to integrate Muslims into the local sociocultural milieu. Even in Asia, where Islam has deeper roots, China is unable to deal with its Uyghur Muslim population in a civilized way.

But astonishingly, one country where Muslims have been at home for more than a millennium and are seamlessly integrated – India – is trying its hardest to alienate, disenfranchise, and essentially disintegrate them.

Nearly 15 percent of the Indian population, about 180 million people, are Muslims. India is the biggest democracy in the world, and Indian Muslims are the biggest religious minority in the world. After the U.S. invasion of Iraq in 2003, we witnessed a spike in radicalization of Muslims in Europe and the Middle East, and thousands went to Iraq to participate in a “jihad” against the West. This radicalization continued with the emergence of the Islamic State in 2014, attracting recruits even from tiny nations like Finland and Trinidad. The contribution of Indian Muslims to terrorist movements like al-Qaeda, Islamic State, and the Taliban, relatively speaking was was next to nothing. The Economist attributed this moderation to integration with Hindus, India’s secular constitution, and the impact of Sufism.

This profound moderation of Indian Muslims, who have often themselves been victims of religious violence, is one of the least studied and unappreciated elements of the prolific global discourse on jihadism. India’s democratic and pluralistic ethos, long history of interfaith relations, emergence of a syncretic culture, evolution of shared mystical practices, and common linguistic, musical, and ritual traditions are at the root of mutual Muslim and Hindu acceptance. India’s history is replete with religious syncretism. Mughal Emperor Akbar and his descendant Dara Shikoh sowed the seeds for Hindu-Muslim unity in India. Many others have continued with that tradition. Saints like Kabir, Guru Nanak, and Sai Baba embraced all faith traditions and were revered by all. Religious integration is an evolutionary process and India has been at it for centuries.

Indians of all faiths also have the same passions — music, Bollywood, biryani, tea, samosas, and cricket. For a country that boasts of tremendous diversity in languages, religions, and ethnicities, India does have a core culture. That core culture is infused with Muslim content and has shaped Muslim consciousness in India. This shared core culture is priceless. It is the basis of India’s social fabric that underpins its national identity and integrity. This is what other nations aspire for through their “outreach” programs and efforts at integration of Muslims. India has what the West desires: a culture that integrates and weaves disparate religious communities together into one people. Yes, there are occasional riots and politicization of faith, but religious harmony in India has proven to be resilient in spite of episodic communalism. It was on display during the recent protests against the current government’s divisive citizenship policies.

Nevertheless, it appears that the Hindutva movement and the Narendra Modi government are determined to disintegrate Muslims and destroy the communal bonds that hold the nation together. In an effort to create an exclusivist Hindu Rashtra (state) out of a multifaith populace, the Indian government is trying to both erase and disenfranchise Muslims. We are moving from episodic communalism to state-sponsored Islamophobia under Modi and the BJP.

First, the government undemocratically eliminated the statehood of Kashmir, the only Muslim majority state in India. The citizens there were never consulted and a lockdown was imposed, political leaders were detained, and the internet has been shut down for months, and still is except for some businesses. The human rights situation is horrendous, and the entire Muslim population in Kashmir is veritably under military occupation.

Then the land on which Babri Mosque stood for over 400 years was granted to Hindus to build a temple even after the Supreme Court determined that no Hindu temple was destroyed to build the mosque and the demolition of the mosque in 1986 was a criminal act. Hindutva vandalism was rewarded by the highest court of the land as it privileged religious beliefs over laws. Until this decision, Indian Muslims had faith in the Indian judicial system. Now along with the legislature and law enforcement agencies, the judiciary too has become communal.

The most debilitating blow to India’s founding secular character has been dealt through the Citizen Amendment Actand the so-called National Register of Citizens. These two legal policy initiatives are institutionalizing discrimination on the basis of religion. They raise the specter of systematic disenfranchisement of Muslims, triggering fears of rendering millions of them stateless. The NRC could make millions of Muslims refugees in their own homes.

Much like Islamists who have tried to create Islamic states in nations like Pakistan, Afghanistan, and Iran, Hindu nationalists too are trying to create a Hindu state in India. But their strategy of disintegrating Muslims is also dismantling the secular and democratic basis of India. A Hindu Rashtra may or may not emerge in the future, but in the present Hindu nationalists are taking a wrecking ball to everything that made India a pluralistic, diverse, and vibrant civilization. The Hindutva vision may or may not conjure a new India, but it sure is the enemy of India as it is today. Hindutva is determined to dismantle pluralistic India one precious value at a time.

Dr. Muqtedar Khan is a professor at the University of Delaware and a Senior Fellow at the Center for Global Policy. He is originally from Hyderabad, India and the author of a new book Islam and Good Governance: A Political Philosophy of Ihsan and tweets at @MuqtedarKhan. 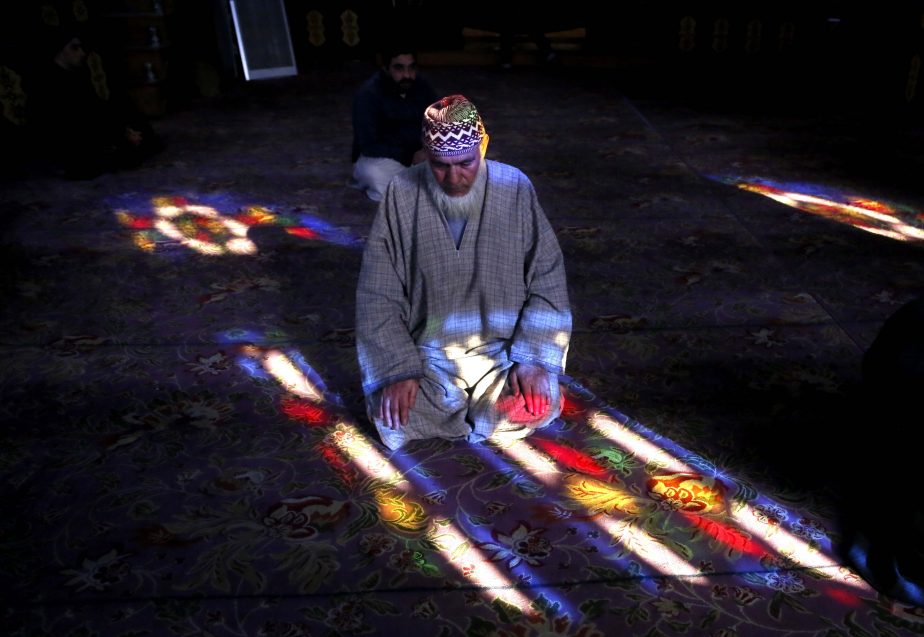 Muhammad Asad Between Religion and Politics

© 2020 MuslimObserver.com, All Rights Reserved
Coalition of Americans for Pluralism in India called an Emergency Meeting

Americans of all faiths come together in solidarity following 9 anti-Semitic...
Scroll to top