During the month of August 2021, the withdrawal of US Forces from Afghanistan became a hot topic, with controversial opinions on whether the US should stay in Afghanistan or leave. The newspapers published multiple opinions as politicians expressed their different perspectives on this subject. I am summarizing the events that took place over the past years in Afghanistan and why the US had to withdraw now.

The story begins on September 11, 2001, when 19 terrorists crashed airplanes into the World Trade Center in New York and the Pentagon in Washington, D.C., killing 3000, people making it the deadliest attack on the U.S. in history. These al Qaeda-led attacks prompted President George W. Bush to declare a global “War on Terror” stating that The United States of America will use all our resources to conquer this enemy and it will not end until every terrorist group of global reach has been found, stopped and defeated.” Those objectives were impossible to accomplish as there are tens of thousands “terrorist groups” scattered throughout the world. However, on October 7, 2001 airstrikes by the United States were launched in Afghanistan at Taliban and al Qaeda training camps when the Taliban refused to hand over Osama bin Laden and senior members of al Qaeda. It took only three months for the US army to control the entire country of Afghanistan. Instead of leaving in December 2001, the US decided to stay and train the Afghan army to prevent the re-emergence of the Taliban.

Mr. Karzai who was selected to lead Afghanistan in December 2001 envisioned a Taliban surrender that would keep the militants from playing any significant role in the country’s future. The US was angry, wanted revenge and was confident that the Taliban would be wiped out forever. Defense Secretary Rumsfeld said that Americans had no interest in leaving Mullah Omar alive. A Taliban surrender could have halted America’s longest war much earlier. Representatives of the warlords whose abuses of Afghan civilians in the 1990s had led to the Taliban’s takeover of the country played an important role in forming the government with US approval. Unfortunately, the US has made a sincere effort to train the Afghan army and provided them with an advanced military arsenal and air force. Over 300,000 Afghan soldiers received military training for 20 years and should have been ready to take over the responsibility. The US has made several mistakes in training and trusting the Afghan army and the Afghan government, which has resulted in this fiasco.

President Biden opposed the war and escalation of forces during Obama’s administration as he realized that the American effort to forge a decent Afghan political settlement failed when a surge of U.S. forces did not reverse the Taliban’s recovery. Obama, under the pressure of military generals, especially General McChrystal, agreed to increase US forces to 100,000, although Karl Eikenberry, ambassador to Afghanistan, who was also the former general, strongly opposed increasing the US forces in Afghanistan. Richard Boucher, former Assistant Secretary of the State, expressed his concerns in 2015 by saying, “If we think our exit strategy is to either beat the Taliban, which can’t be done given the local, regional, and cross-border circumstances, or to establish an Afghan government that is capable of delivering good government to its citizens using American tools and methods, then we have no exit strategy because both of those are impossible.” His prediction was correct. (https://www.rt.com/op-ed/532856-declassified-files-us-afghan-calamity)/

The Trump administration did not want to continue the Afghan war and he would have ended the war in 2017, but under military Generals’ pressure, he postponed ending the war and started withdrawal of US forces, and in 2019 started peace talks with the Taliban. Trump announced a total withdrawal of US forces by April 2021. This decision gave the Afghan government and military time to prepare to take full responsibility to govern the country.

The Afghan occupation cost the United States taxpayers 2 trillion dollars and the loss of more than 2,500 US soldiers. Hundreds of thousands of Afghans lost their lives too. The US public was misinformed that the US forces were building a democratic and inclusive government.

America helped in creating the Taliban in the 1980s to fight Soviet occupation without realizing that someday they would turn against Americans as foreign occupiers. The US had an incorrect impression that liberal, moderate, and non-practicing Muslims are the best leaders for Muslim countries. The American liberal secular system could never be too appealing to or compatible with any Islamic country, especially with the super-conservative Afghan society.

The cronyism, the bureaucracy, and the corruption that rotted the Afghan government and the military were major contributing factors. Many military officers in the Afghan army were installed due to their personal ties, not for their merits and credentials. These appointments had a devastating impact on the Afghan national army because these leaders lacked the military experience to be effective or inspire the confidence and trust of men being asked to risk their lives. Afghan officers proved less interested in fighting for the corrupt government in Kabul than securing their own benefits by siphoning American dollars. Many soldiers clearly saw the corruption of their officers and had little interest in risking death under their command. (Opinion | I Commanded Afghan Troops This Year. We Were Betrayed).

American leaders have known, for well over a decade, that the Afghan military and government was incompetent and corrupt and therefore not likely to survive or be capable of fighting without the US strategic and air support. But every president and senior general hid these truths and continued the war. The reality became obvious as soon as the US withdrawal of troops began; President Ashraf Ghani and the top military echelon fled the country in a hurry.

The only group which benefitted from this fiasco in Afghanistan was the US military-industrial complex. For over 20 years and four Presidents, both Republicans and Democrats supported military contractors who gained billions of dollars through this unjustified war. Just imagine if those trillions of dollars would have been spent on health and education, the USA might have been on the top of the world today.

The main reason that the Taliban ultimately won this war was that they were willing to die for a cause, to preserve their religious culture and ethnic identity. On the other hand, the Afghan government, the President, the Chief of the Army, and most senior members of the Afghani armed forces were not. They did not have the desire and spirit to fight for their own country.

President Biden said that “no amount of military force would ever deliver a stable, united, secure Afghanistan.” Mr. Biden made a rational decision to withdraw all American troops, as keeping them for another few years would not have made any difference. The Afghan government and the military showed no interest in helping the people of Afghanistan.

Taliban took a lot of land and territory in a short period of 3 months, but can it govern and control without foreign aid which will be dried up in a couple of months? Afghanistan may revert to its prior history of chaos were in the past four or five different warlords controlled certain parts of the country. Al-Qaeda members are coming back from Pakistan and ISIS in Afghanistan tries to exert more control and take advantage of what is a very chaotic security situation as was evident by their attack on departing US forces which resulted in the death of 13 US soldiers and the death of over 200 Afghans who were trying to leave the country. ISIS was recruiting a lot of disenchanted Taliban fighters who felt like the movement wasn’t going in the direction it should be going.

The Taliban had a very short experience of running the government between 1996 and 2000. Due to their extremist position of implementing the Sharia law, they had a bad reputation and a bad image in the world, so many governments are hesitant to support them because they do not want to see Afghanistan turn into a medieval government with strict implementation of their version of Sharia laws. They have made the announcement and given an assurance that they would grant amnesty to officials and soldiers of the former government, would allow women to work and get an education, and that they would also form a representative government preserving the individual rights of minorities like Shias. It is very hard to predict whether they will follow their public assurances. Recent news shows that they have violently dispersed the peaceful demonstration of women and children for education. I have just seen their announcement of the cabinet, and most of the senior positions are occupied by the leaders which served the previous Taliban government (or their children), which brutally enforce strict interpretations of the Islamic law. It appears that the group’s conservative and theocratic goals will remain unchanged. We can only see and hope that they will bring the change that is necessary for their survival.

The Taliban must make a drastic change in their ideology and develop a national unity government including a major ethnic and tribal group and show some understanding about handling the younger generation. The Taliban face financial challenges as sanctions are placed on foreign aid which has been its major economic support. These questions cannot be answered at present. The Taliban must show tolerance towards people of all faiths and aqeedas and build harmonious relationships within community groups not by fear but by acceptance. They must develop cordial relationships with their neighbors and must fully commit to building a country that can focus on industrial development by higher education so that they can survive in this competitive world.

Wars and foreign occupation are not a solution to any country’s problems. 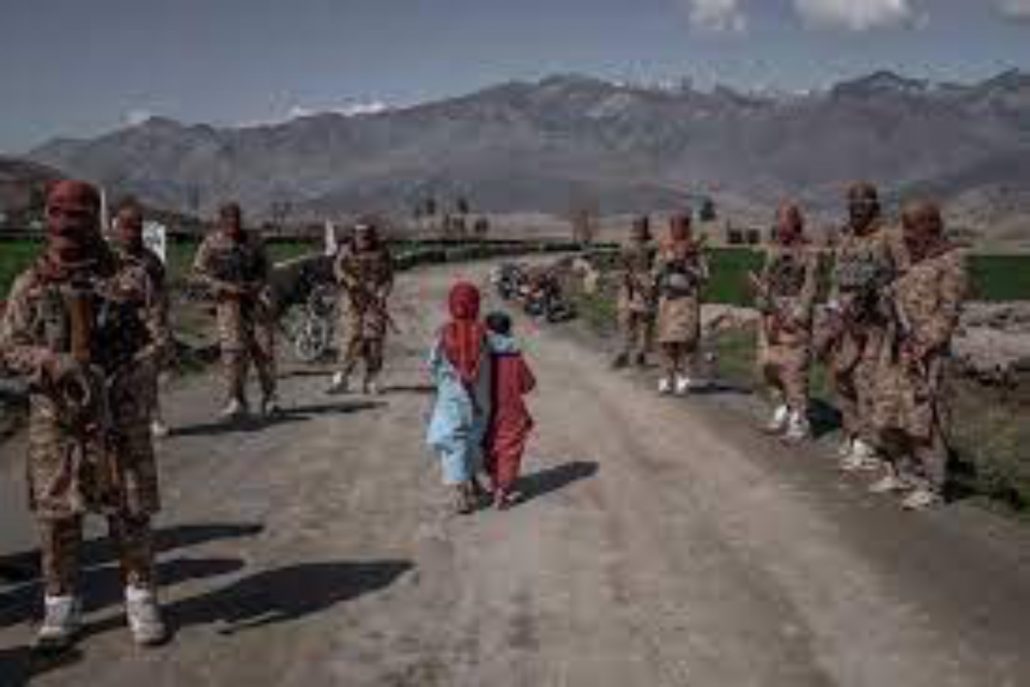 ‘Instead of naming and shaming, I believe in engagement’: Khizr Khan nominated to USCIRF
by Aysha Qamar On Friday, President Joe Biden announced his plans to nominate Khizr Khan, the Gold Star father famous…

Defeating COVID-19 with Vaccines and Boosters
Scroll to top