Why the GOP should care about the Muslim American vote

Over the past week-and-a-half Islamophobia seemed to dominate the headlines; first when a 14-year-old Texas student who was arrested for bringing “a hoax bomb” to school that was really a home-made clock, and capped off by GOP presidential contender Dr. Ben Carson saying a Muslim shouldn’t be elected president.

Corey Saylor, Director of the Department to Monitor and Combat Islamophobia at the Council on American-Islamic Relations (CAIR), said in an interview with ISLAMiCommentary that the level of bigotry and ethnic nationalism we’re seeing in America today really seemed to take off in 2009 following the election of President Obama. The economy was bad, plans for reforming the healthcare system was under debate, and there were a few high-profile negative incidents including the 2009 Christmas Day bomber (underwear bomber) and the Times Square bombing attempt in May 2010. The confluence of these things, he said, “upped the anger level.”

“The Southern Poverty Law Center started tracking the growth in anti-government and white supremacist militias,” he said. “We saw the same thing with Islamophobic groups, and it’s been going on since then.”

He couldn’t say if the level of anti-Muslim sentiment had gotten worse, but did note that CAIR had tracked “a much more violent sounding backlash” since the murder of the two American journalists by ISIS in Syria and the attack on the Charlie Hebdo headquarters in France.

But he also referred to a “very good argument” made by Dalia Mogahed (now Director of Research at the Institute for Social Policy and Understanding ) following the last presidential election that perhaps levels of anti-Muslim sentiment are “almost entirely independent of the events of international conflict, or even terrorists acts on U.S. soil and much more tightly linked to election cycles and building domestic consent” – ie following “trends in domestic US politics.”

CAIR, which neither opposes nor supports any candidate for public office, has made a special Islamophobia in the 2016 Presidential Election page “to provide readers with insights into various potential or current presidential candidate’s views on Islam and connections with the U.S. Islamophobia network;” both positive and negative.

Suhail Khan — a tech industry executive and Senior Fellow for Muslim-Christian Understanding at the Institute for Global Engagement — is a longtime conservative activist. A former senior political appointee with the George W. Bush administration, he also serves an advisor to the Republican National Committee and supports the Senator Rand Paul campaign.

This past Spring Khan addressed a 2016 elections-themed dinner held by the Institute for Social Policy and Understanding; telling a somewhat skeptical crowd, “Just as you don’t believe in the stereotypes of Muslims in the media, don’t believe the stereotypes of conservatives that you read in the media. You might hear the bigoted statements of a few but that doesn’t mean they represent the majority of conservatives, they don’t.”

He continued: “Having been in the party for nearly 30 years I can tell you that the party is welcoming of people and I’ve been welcomed. I’ve been voted for, beating other conservatives, including by Tea Party activists.”

Does he still feel this way?

ISLAMiCommentary spoke with Khan by telephone this Monday a few days after Donald Trump failed to adequately correct (ala John McCain in 2008) an audience member at a campaign stop in New Hampshire who called Obama a Muslim who was “not even an American” and who claimed that there were training camps in the US with Muslims that “want to kill us.”

Khan said that by not directly addressing the comments of the offending audience member, Trump had taken “the coward’s way out” and that it was a “cop-out” for him to say he’s not obligated to correct every statement.

“If he wants to stand to be president of the freest and greatest country in the world he needs to stand as a candidate who’s willing to stand for the rights of all Americans regardless of their religious affiliation,” he said.

The day before my talk with Khan, Republican presidential candidate Ben Carson had told Chuck Todd on NBC’s Meet the Press that Islam is not consistent with the U.S. Constitution and that he would not vote for a Muslim for President.

While Khan admitted it’s a challenging time to be Muslim and Republican, he emphasized the “deep bench” and “wealth of candidates” the GOP is “blessed with.” He said he was “grateful” that several GOP candidates had condemned Carson’s remarks and added that many of the Republican candidates have track records of reaching out to minorities, including Muslim Americans.

“Comments like Donald Trump’s and Ben Carson’s are definitely going to hurt the GOP overall,” he said. “I don’t think they’re fatal. They will put another obstacle in the way of that outreach. But if it’s a Senator Marco Rubio or Senator Rand Paul or a Governor (John) Kasich or Governor Bush who have track records of reaching out, I think that can be overcome.”

Following Carson’s comments, Mohamed Elibiary, a Republican Muslim who has served as a national security advisor at the state and federal levels, reacted on Twitter: “Hope @RealBenCarson enjoys his fifteen minutes of fame. There’s a limited supply of pro-bigotry voters to get. GOP brand beyond tarnished now.”

Khan was optimistic, however that GOP outreach under the leadership of Priebus is “doing a great job to really get the conservative message out to all Americans” and that that process will continue, though he said the inclusive nature of the message would of course depend on who gets the GOP nomination.

Khan gave a historic example of how George W. Bush secured 40% of the Hispanic vote in 2000 and 44% in 2004, and how Bush also got the plurality of the Muslim American vote in 2000 due to his outreach to these groups.

(These feelings of goodwill didn’t last. Muslim American support for Bush dropped substantially in 2004 largely due to the USA PATRIOT Act and objections to his war in Iraq. Then in 2008, Muslim Americans of all political stripes voted overwhelmingly for Obama, in part due to disappointment with U.S. foreign policy and domestic surveillance policy. According to a 2008 CAIR survey, 89% of Muslim Americans voted for Obama, and 2% for Republican candidate John McCain. An exit poll by CAIR of 650 Muslim American voters immediately following the 2012 election, found that 85.7% had picked Obama, with 4.4% voting for Romney and just over two percent each for the Libertarian and Green party candidates.)

Importantly, Khan warned not to mistake Muslim Americans as one-issue voters. He’s had conversations with Muslim Republicans in Florida, Texas and Michigan on a range of issues including their dissatisfaction with Obamacare and its impact on small business, foreign policy, the economy, social issues, and guns.

As the Muslim American community, in all its diversity, continues to change, he has met young Muslims whose parents are Democrats but they became Republican and vise versa.
That there are Republican Muslims doesn’t surprise Duke University sociologist Jen’nan read at all.

“Groups don’t just vote based on group identity, they are issue based as well and so the fact that Muslims are maybe willing to vote for a Republican president shouldn’t be that surprising though people think it is,” said Duke University sociologist Jen’nan Read, in an interview with ISLAMiCommentary. “I just don’t think it is, if you think about the fact that they have values that align with the Republican party.”

In the past she’s talked about conservative Muslims’ values aligning with Evangelical Christians. Read, who looked closely at the Muslim vote in the 2012 election, also said that post-9/11, American Muslims have become “more politically mobilized and active” in the American political process.

And she explained that while their numbers as a percentage of the American population overall may be low — a nationwide average of 1% and in some states 2% or 3% — and they are not a huge political base, “their demographics tend to make them more likely to register and vote.”

Highly-educated professionals are more likely to vote in elections she said, and not meaning to “overgeneralize,” American Muslims tend to skew in that direction.

“Pre 9/11 even though they had that profile that they weren’t as (politically) active, and I’ve written about the reason why that is — they didn’t feel the need to be,” said Read. “Post 9/11 slowly we’ve seen this trend of greater activism. They have to be to get their issues heard.”
This activism may be having an effect.

There was an enormous outpouring of support, including from science and tech luminaries and the U.S. President himself, for Ahmed Mohamed — the Texas student who was arrested for bringing the so-called “hoax bomb” to school. The charges were ultimately dropped. Palestinian American Amneh Jafari, a recent college grad in Texas who started the viral hashtag to support #IStandWithAhmed told ISLAMiCommentary that she was hopeful that the incident with young Ahmed (who called to thank her) shed light on the problem of Muslims being profiled and people being called names because of their religion. “I’m very hopeful that positive change will occur soon and in the near future!” she wrote in an email.
CAIR’s Saylor said it’s also “promising” and “positive” that, increasingly, there are instances where “public officials have been held politically accountable for their anti-Muslim remarks.”
Saylor said he was also encouraged by a 2014 survey by ISPU that found that only 16.5 % of Republican state legislators had sponsored or co-sponsored an anti- sharia/anti-”foreign law” bill — bills that have traditionally been used as vehicles for anti-Muslim sentiment.

At the end of the day, while Saylor’s hopeful that that minority within the Republican party “can be overcome by the majority at some point,” he concluded that “this election cycle is going to be another nasty one for Muslims.”

Editor’s note: ISLAMiCommentary is a public scholarship forum that engages scholars, journalists, policymakers, advocates and artists in their fields of expertise. It is a key component of the Transcultural Islam Project; an initiative managed out of the Duke Islamic Studies Center in partnership with the Carolina Center for the Study of the Middle East and Muslim Civilizations (UNC-Chapel Hill). This article was made possible (in part) by a grant from Carnegie Corporation of New York. The statements made and views expressed are solely the responsibility of the author(s).
A longer version of this article appeared at http://islamicommentary.org/2015/09/how-big-is-their-tent-why-the-gop-should-care-about-the-muslim-vote/#sthash.8rtfkuoZ.dpuf 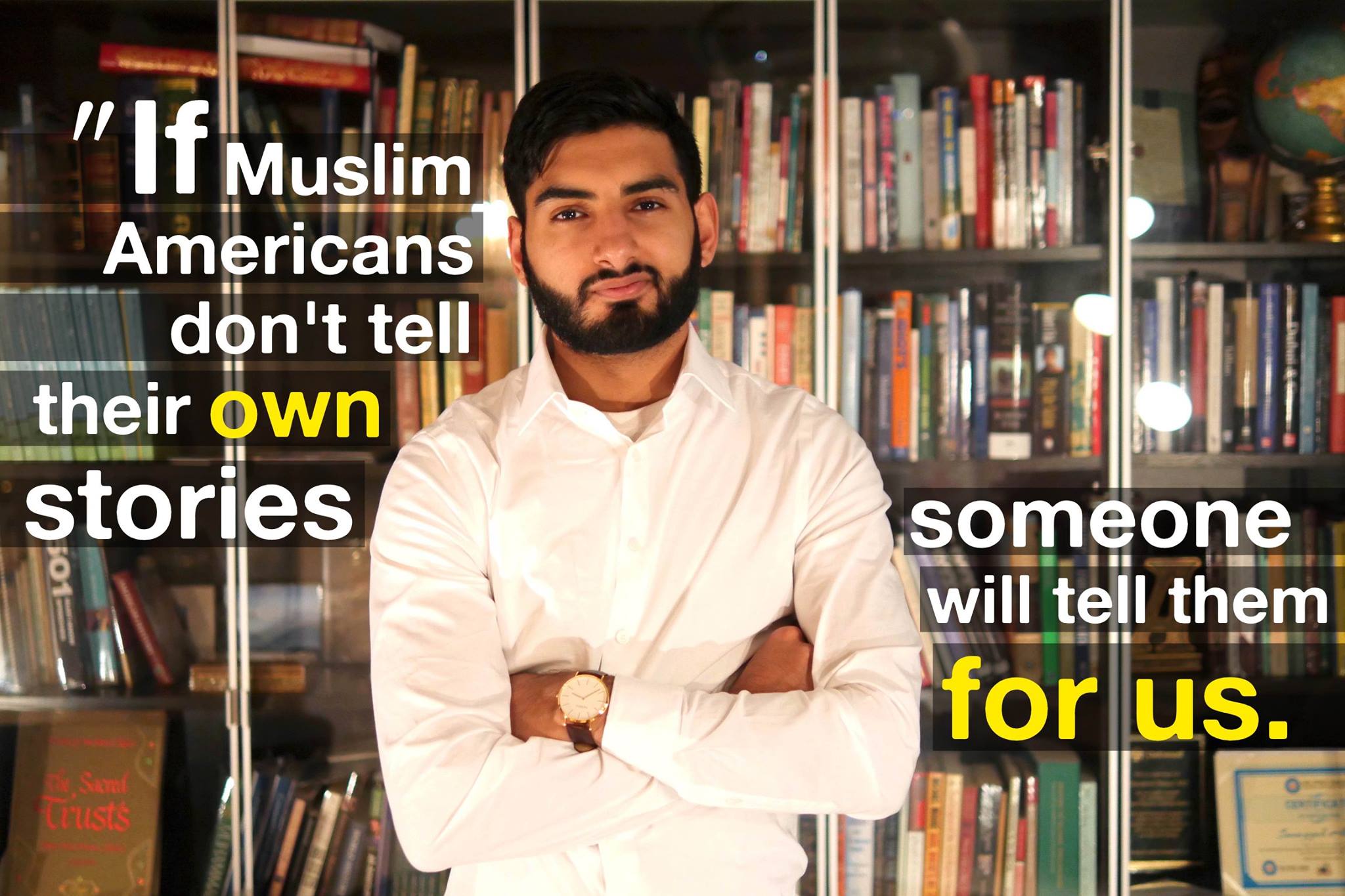 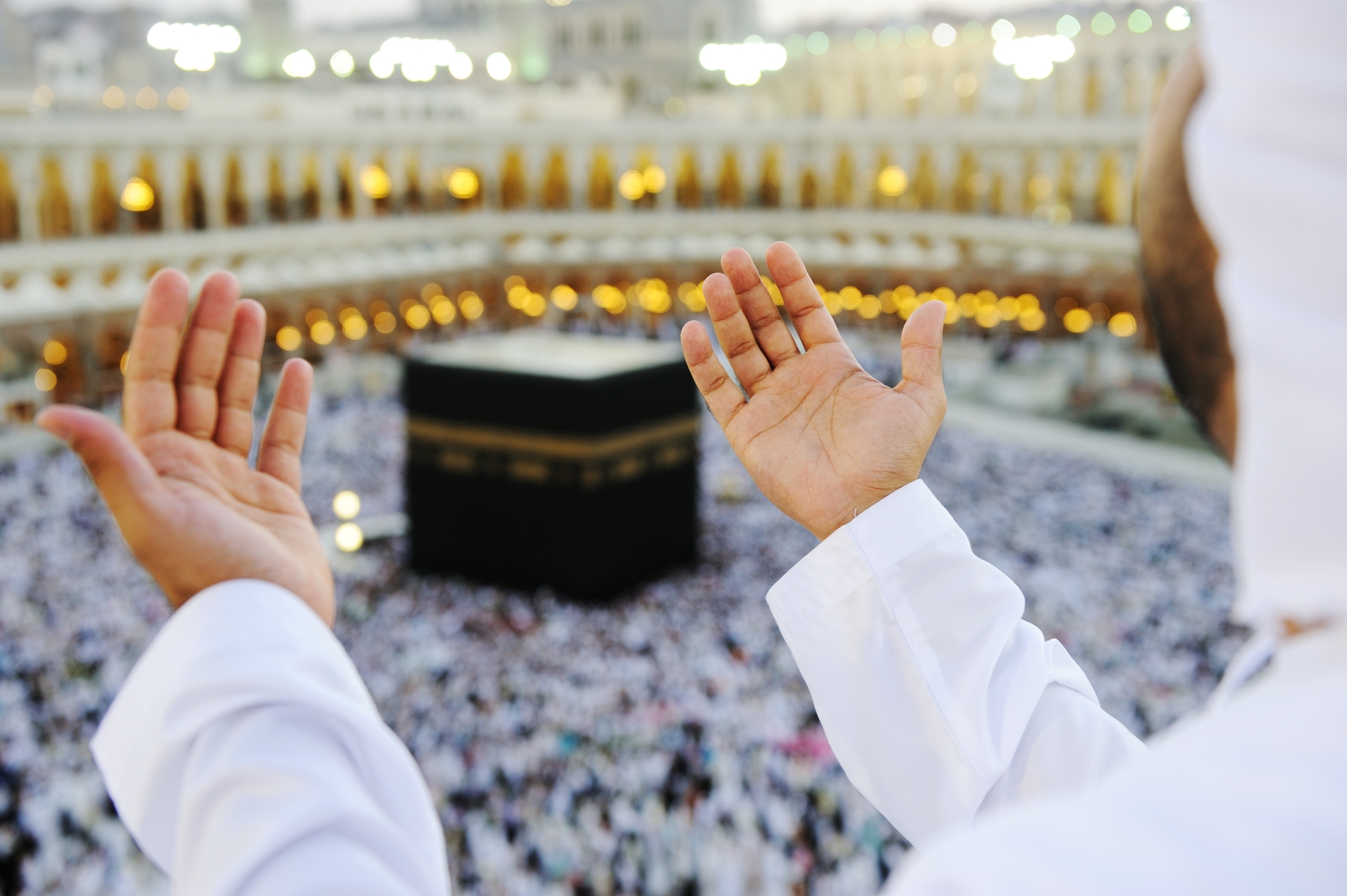 Israel Cries Wolf
Courtesy Roger Cohen ISTANBUL â€” â€œIran is the center of terrorism, fundamentalism and subversion and is in my view more…