The 2020 August Primaries Had Big Gains for Muslims in Michigan

American Muslims saw some big gains during the recent 2020 primaries in Michigan on August 4. Candidates from the American Muslim, Arab and Asian communities saw victories on all levels from both federal, state and local elections. In some cases, despite opposition from the Democratic establishment and pro-Israeli organizations, American Muslim candidates triumphed based on their credentials and service to the community.

The most prominent victory was that of congresswoman Rashida Tlaib who represents portions of southeast Michigan, including parts of Detroit.  During her initial congressional race in 2018, she just carved out a victory by just 900 votes in a tight four-way election in a predominantly African-American district. At that time, the historic increase in the Muslim and Arab vote in key precincts played a key role in her victory. Her long-standing history of service to the community,  advocating for families and standing up to President Trump endeared her to many of her constituents.

As the first American Muslim woman elected to Congress, along with Ilhan Omar, Congresswoman Rashida drew significant ire and attention from President Trump and the Republicans.  Her Palestinian heritage and advocacy of human rights for all people in conflict zones such as Palestine, Kashmir, Burma and China also made her a significant target for right-wing Hindu and Israeli nationalists. She has sponsored legislation condemning India’s recent human rights violation and has brought significant attention to the plight of the Palestinians. Her opponent, Detroit City Council President Brenda Jones, raised significant money and support from Jewish and Hindu groups. Outside PACS created attack ads trying to portray Rashida as a foreign outsider.  Furthermore, the Michigan Democratic Party establishment in metro Detroit, including Detroit Mayor Michael Duggan, came out in support of her opponent.

However, the significant amount of work Congresswoman Rashida had done over the past two years convinced her constituents to overwhelmingly support her. During her brief time in Congress, she was able to pass a bipartisan bill protecting insurance benefits she cowrote with Republican Mark Meadows. She also worked extensively in the community setting up several community service centers helping residents with their taxes, navigating federal and state benefit programs, preventing foreclosures or utility shut-offs  and understanding insurance options. And she campaigned incessantly, visiting almost every neighborhood in her district despite the coronavirus limitations.  During the final primary vote this week, 71,000 residents voted for her and only 36,000 for Brenda Jones. Since this is a historically Democratic district and she will not face any serious Republican challenger in November, she is the de facto winner.

In a similar predicament as Congresswoman Rashida, Congresswoman Ilhan Omar of Minnesota faced a similar attack from local Democratic establishment and pro-Israeli organizations. These groups recruited a local lawyer to run against her and raised millions of dollars in an aggressive campaign attacking her credentials. Despite their efforts, Ilhan’s work on the ground and appeal to the community brought her a strong victory  in the Minnesota primary on August 11th. In this case, deep pockets will not always secure an election night victory.

Another victory occurred in the Michigan statehouse. In the past few years, State Representative Abdullah Hammoud representing Dearborn and was the only Muslim legislator in Lansing. With this primary election, he will soon be joined by the new State Rep. Abraham Aiyash who will be representing portions of Detroit and Hamtramck. Abraham is a young  Yemeni immigrant with close ties to the community and local mosques.  He worked as a community organizer for Michigan United and also served in roles with the Michigan Muslim Comunity Council and Yemeni advocacy organizations.

During his campaign, he faced 12 other candidates in the race, including other Muslims, but won decisively with 38% of the vote. Exactly 5,352 people voted for him in this district (with over 10 mosques)  and the runner-up had only 1,946 votes. Since there is no serious Republican challenger in this historically Democratic district, he will be going to Lansing as an additional American Muslim and the first Yemeni American to serve there. Hassan Sheikh, board member of Emgage Michigan stated,  “the Muslim community is beginning to realize the huge impact voter mobilization can have in local races and primaries… we are shaping what our state and country look like.”

In other victories, Eric Sabree, the Wayne County Treasurer won close re-election. Eric Sabree is a longtime member of the Muslim Center of Detroit. His daughter Alia Sabree has also been appointed as a local judge and will be running for reappointment soon.  Wayne County Treasurer Eric Sabree faced stiff competition due to controversies regarding the county foreclosures of homes and just squeaked out a victory by winning 114,000 votes to his opponents 105,000 votes. The strong Muslim presence in Wayne County and their participation in the primaries helped him gain the edge necessary for his victory.

In northern Michigan, Dr. Muhammad Raisi won the Democratic primary and will face a tough battle with the Republicans. Al Haidous, former mayor of Wayne, won re-election as Wayne County Commissioner. Although many of the candidates will also be on the November ballot, most of the districts won are safely democratic. Although there are some Muslim Republican elected officials in Michigan, such as Marine veteran Bill Bazzy on the Dearborn Heights City Council, no Muslim or Arab candidates were on the Republican ticket for the Michigan primary this year.

There were multiple Muslim candidates who were not successful. In Dearborn, David Knezek beat Nena Fawaz for the seat of Wayne County Commissioner for the 8th DIstrict.  Interestingly, many of the local Arab and Muslim political groups endorsed Knezek in the election rather than his Arab and Muslim opponents. This was a pattern seen in other races also. Congresswoman Debbie Dingell received endorsements of the Arab and Muslim communities against Solomon Rajput, who is a young and energetic Pakistani American Muslim medical student who tried to galvanize the progressive vote. Saima Khalil who ran as Macomb County Prosecutor received an endorsement from the American Muslim Political Action Committee but placed 3d in a field of 5 candidates. Shadia Martini, a young Syrian American, ran for state rep. but lost to her incumbent opponent.

Many of these young candidates simply did not have the years of service, support team and fundraising skills necessary to be viable. Nada Al-Hanooti, Executive Director of Emgage Michigan stated, “while we encourage people from all communities to run for office, ultimately we will endorse and support people who have the best qualifications for the job and can be of most service to the community.”

Multiple grass-root organizations worked to mobilize the Muslim and Arab communities during the August primaries. Emgage Michigan had one of the largest operations with dozens of staff and volunteers, They reported sending out over 700,000 texts and messages during the primary season, and hosted numerous virtual town hall meetings and events to connect elected officials with local community members. The Emgage PAC was also active with fundraising in key races.  “The primary is just the beginning,” said Nada Al Hanooti, “ we are planning to make a major difference for the main elections in November and take back our state!”

M. Muhammad Ahmed is a freelance writer for the TMO. He is a long time community activist and serves on the board of local nonprofits and PACS. 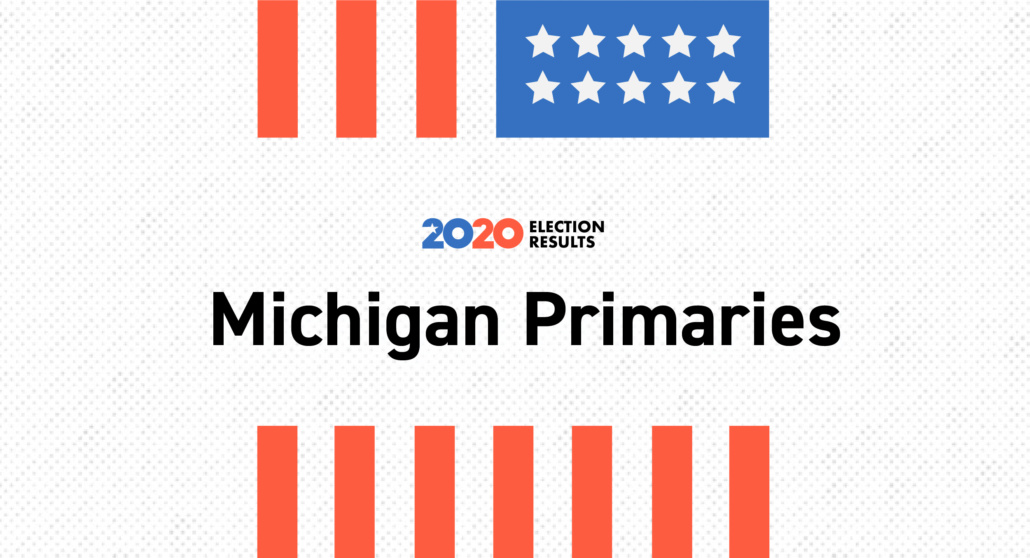 GET is one of the Largest Educational Institutes of Pakistan: Professor Muhammad Anwar Masood
By Ilyas Choudry, TMO “The Alliance of Goodwill (TAG)” under the management of Coordinator Muhammad Saeed Sheikh organized at the…