Her mother is a Hindu, her father, a Jamaican, her husband, a Jewish, and she calls herself a Baptist. She is Kamala Harris, Joe Biden’s running mater for November 3, 2020 Presidential election.
Her mother is Shyamala Gopalan, an India born Tamil American cancer researcher and civil rights activist. Donald Harris, her father, was a former economics professor at Standford and an immigrant from Jamaica.

Her Jewish husband is Douglas Emhoff, who she met on a blind date in San Francisco, arranged by friends. They married in 2014. She was a volunteer for Israel. “So having grown up in the Bay Area, I fondly remember those Jewish national fund boxes that we would use to collect donations to plant trees for Israel,” she said at the American Israel Public Affairs Committee in 2017. “Years later, when I visited Israel for the first time, I saw the fruits of that effort and the Israeli ingenuity that has truly made a desert bloom.”

Harris also co-sponsored a Senate resolution in 2017 that rebuked the Obama administration for allowing through a U.S. Security Council resolution condemning Israel’s settlement policies.
Halie Soifer, Harris’s former national security adviser and current executive director of the Jewish Democratic Council of America, said the following about Harris. She “strongly aligns with the values of American Jews, including her support of the U.S.-Israel relationship, her commitment to ensuring access to affordable healthcare and education, her intolerance for hatred and bigotry, and her unwavering efforts to protect our country’s most vulnerable communities.”

Her position on Modi and RSS is not very clear. But she has rebuked India for violating the rights of Kashmiris. Reflecting on the violations of human rights in Kashmir, she said in November 2019, “We have to remind the Kashmiris that they are not alone in the world. “We are keeping track on the situation. There is a need to intervene if the situation demands,”

She also supported Indian congresswoman Jaipal when Hindutva supporters in the U.S. attacked her for supporting the human rights violations in Kashmir. She rebuked India’s foreign minister, who refused to meet U.S. delegation on Kashmir because of Jaipal’s presence there.

She said: “It’s wrong for any foreign government to tell Congress what members are allowed in Capitol Hill meetings.”

The Indian Hindu community led by the RSS and Modi supporters believes that she would have a soft corner with Hindutva because of India’s growing relations with Israel and thousands of Indian I.T. workers, business people, and doctors. RSS influenced groups in the U.S. have raised millions to impact this election.  There is a growing concern among the followers of Hindutva that Trump may not win the election. The departure of Gabbard Tulsi from Congress means that they have to find a strong ally in the Democratic party. They view the relations of some pro-RSS doctors and people in business with Kamala Harris in California to bring her closer to Modi and RSS.

Muslim groups have skepticism of her records on human rights. The Muslim Advocacy, a Muslim advocacy group, criticized her stand on the CVE (Countering Violent Extremism) program.  They said that Senator Harris proposed reviving this harmful, unproven program at the U.S. Department of Homeland Security and suggested that she could devote an astounding $100 million or more each year to fund it.

In 2016, speaking at an event at the end of she said, “I know how painful and violent these crimes can be. I know they are uniquely insidious in that they intend to strip its victim of dignity. So words matter.” In her speech, she did not mention the Republican Presidential candidate Donald Trump.

Still, she denounced his remarks about Latino and Muslim judges possibly not being able to rule impartially in cases involving him because of his plans to build a U.S.-Mexico border wall and a “total and complete shutdown” of Muslims entering the U.S. She later lamented Trump’s policy to deny entry into the U.S. to people “based on whether they face east when they pray.”

It would be interesting to see how Kamala Harris relates to Muslim Americans on Kashmir, Palestine, and HUman rights violations in India. 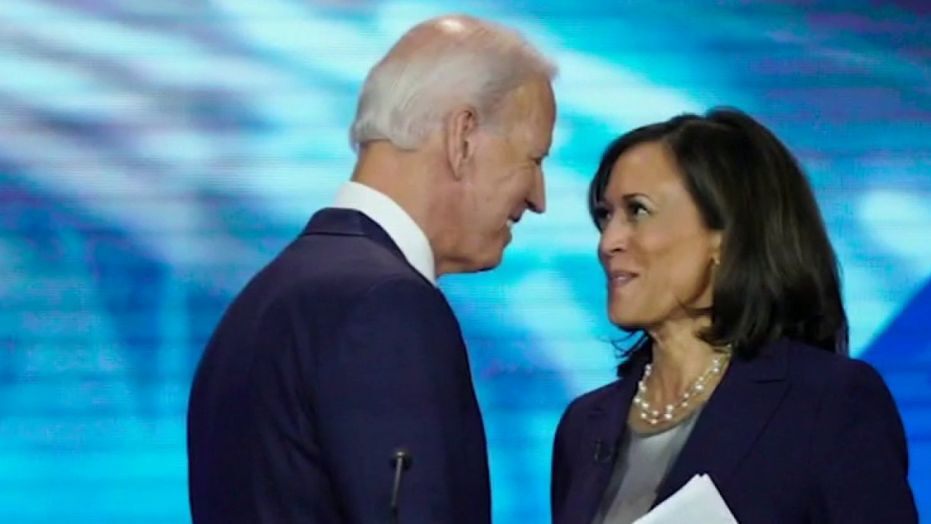 Donâ€™t Be Weak for Shaytan

A Close Look at the Moon

© 2020 MuslimObserver.com, All Rights Reserved
The 2020 August Primaries Had Big Gains for Muslims in Michigan