United Nations Secretary General António Guterres has called for an immediate and unconditional de-escalation of violence in Syria as civilians in the war-torn country suffer through one of the most violent periods in nearly seven years of conflict.

In a statement attributable to his spokesperson, Mr. Guterres stressed that “all concerned in Syria and the region have a responsibility and must abide by international law and relevant Security Council resolutions.”

“He calls on all to work for an immediate and unconditional de-escalation of violence and exercise restraint,” added the statement.

The UN chief also urged all parties to move swiftly toward a political solution, in line with Security Council Resolution 2254, noting that it is the only way to end the violence and the terrible suffering of the Syrian people.

Earlier today, the UN High Commissioner for Human Rights also underlined the need for urgent international action to protect civilians caught up in “wave after wave” of deadly airstrikes.

“The no-holds-barred nature of this assault is evidenced by reports that at least nine medical facilities, six of them in Idlib and three in eastern Ghouta, were hit by airstrikes,” said High Commissioner Zeid Ra’ad Al Hussein in a  news release issued by his office.

“Even by Syria’s atrocious standards, these are exceptionally deplorable developments – and a cruel irony given that both have been declared ‘de-escalation areas’,” he added.

In one of the worst incidents, a “rolling series of airstrikes” on residential areas of Duma (near the capital, Damascus) on 6 February reportedly killed at least 31 civilians, including 12 women and four children, and injured more than 100 others, including 37 children.

In the news release, the UN human rights wing also noted that numerous rockets and mortars continue to be fired from opposition-held areas into populated areas of Government-held capital Damascus and surrounding suburbs, with at least seven civilians reported killed and 18 others injured in various locations between 6 and 9 February.

Elsewhere in the war-ravaged country, fighting continues to take its toll with a number of civilians, including children, reportedly killed and injured in Afrin district in north-western Syria.

In the east of the country, civilian casualties are reported in airstrikes and ground-based strikes in areas still under the control of the Islamic State of Iraq and the Levant (ISIL/Da’esh) – primarily in Deir-ez-Zor governorate. However, the greatest threats now faced by civilians in such areas are improvised explosive devices, unexploded ordinance and other explosive remnants of war.

In the news release, Mr. Zeid also said that the various Governments and some armed opposition groups professing to adhere to international humanitarian law and international human rights law, violations “continue on a daily basis, despite the creation of so-called ‘de-escalation areas’ in 2017.”

“The term ‘de-escalation area’ is becoming all too reminiscent of the so-called “safe areas” in Bosnia, which proved anything but safe, as we were starkly reminded during the recent trials of Ratko Mladic and Radovan Karadzic,” he added, underscoring that the situation in Syria is “crying out” to be referred to the International Criminal Court (ICC), as well as for a much more concerted effort by UN Member States to bring peace.

“The conduct and management of this war has been utterly shameful from the outset, and the failure to end it marks an epic failure of global diplomacy,” the High Commissioner stressed. 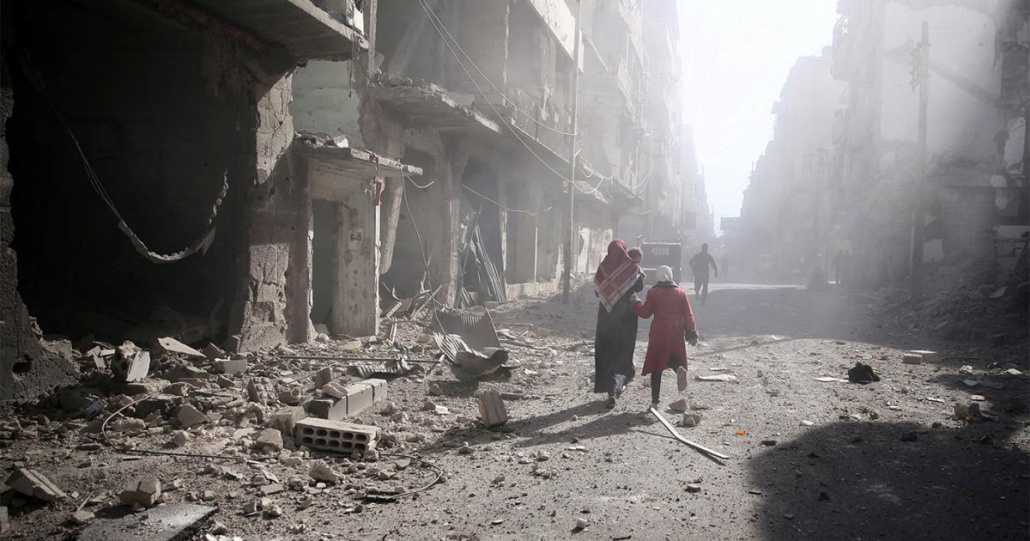 Amina: A Muslim Woman Convert in the UK

After Charlie Hebdo Massacre, Muslims Must Reject Violence, and Governments Must Correct Course

© 2020 MuslimObserver.com, All Rights Reserved
World failing to stop the war on children