Intoxicated with its military might, Israel unleashed her military power on the civilians of Gaza and Lebanon.

People were led to believe that Hamas and Hezbollah provided the pretext by abducting Israeli soldiers. In fact many believe, and there are strong indications, that Hezbollah captured soldiers on Lebanese rather than Israeli territory.

However, no matter how you look at it, the abduction or capture of soldiers appears to be totally out of context if we look at the events prior to this in June 2006. Here are the events:

June 1-7: Israel carries out mock air raids over Gaza to terrorize the population, firing missiles at uninhabited areas, including a playground, and flying low over densely populated civilian areas.

June 7, Israel fired artillery shells at 3 Palestinian attempting to enter Israel through the fence, killing two and injuring the third. Shrapnel killed a member of the Palestinian police and wounded another, together with 4 civilians, including 5-year-old and 17-year-old children, and a 50-year-old man.

June 9, Three Palestinian civilians were killed when Israel fired a missile at a car near Jabalyaâ€”the missile was intended to carry out an extra-judicial killing.

June 21, An Israeli missile attack that missed its target hit a family home and killed a two Palestinian family members, one of whom was pregnant. The missile injured 11 others; including 7 children aged 2, 3, 5, 7, 9, 14, and 14. Four civilians, including a 10-year-old child, were injured near the home.

July 12, Hezbollah captures/abducts two soldiers, inside Lebanese territory, either on a spy mission or to sabotageâ€¦ and it meets with Israeli madness.

In summary: During the month of June, Israeli soldiers carried out attacks on Gaza for a reason known to Israel only, injuring 32 children and killing 5, killing 26 adults and injuring 49.

Israel can abduct, interrogate, detain Palestinian civilians, terrorize the population, carry out extra-judicial killings, all with impunityâ€”but when Palestinians capture/abduct one of its soldiers in retaliation, it resorts to unrestricted violence, taking the whole population hostage, bombing densely-populated civilian areas in defiance of the UN charter, without an iota of concern about the world opinion arrayed against it.

Hezbollah demanded the release of Lebanese prisoners in exchange for the two Israeli hostages. In response to this, Israel has bombed Beirut International Airport, destroyed bridges, demolished power stations, denied water and electricity to millions, attacked hospitals, shelters and anything that stands or moves on the ground. Nearly a thousand civilians, children, women, aged and infirmed have died, many thousands are injured, and perhaps a million Lebanese people transformed from happy people into destitute refugees in the space of 3 ruthless and wicked weeks of bombardment by a tiny but vicious neighbor, armed to the teeth. At Qana, more than 60 innocents were killed, most of them children, and yet we fail to apply the word â€œterroristâ€ to those responsible.

It is unfortunate that our president rationalizes these killings of innocent people by accusing Hamas and Hezbollah as terrorist organizations bent upon killing innocent men, women and children. The media perpetrating the myth keeps our brain washed. Hamas and Hezbollah are recognized as terrorist organizations, but what Israel is doing to Palestinian and Lebanese people is of course worse in scope and viciousness in only the last two weeks than the sum total of what those two organizations have done in twenty years.

It is immoral and inhumane on the part of Israel and the world at large to stand deaf, dumb and blind to the cries of thousands of innocent people maimed and killed by the indiscriminate bombings of civilians.

The captured soldiers are in the hands of an organization, and not with the Lebanese government. So Israel should have limited its campaign to southern Lebanon, targeting Hezbollah and not invading the sovereign state of Lebanon. Only Israelâ€™s hubris and cruelty could have sanctioned the desperate attacks which the two abductions triggered.

There are several thousand Palestinians and Lebanese in Israeli prisons, held without charge or trial. Israel has carried out extra-judicial killings of Palestinian leaders opposed to Israel, has demolished thousands of homes and olive groves (one of the important source of livelihood), always after this pretext or that pretext. And yet no one dares to say anything against it. No other world country has flouted UN resolutions like Israel. And yet the world fails to recognize this truth.

On the contrary one hears crazy statements from people like David Horowitz and his ilk. He says â€œIsrael is doing the work of the rest of the civilized world.â€ John Kudlow writes, â€œIsrael is doing the Lordâ€™s work.â€ And listen to the Israeli Consul General in NY, who said: â€œmost Lebanese appreciate what we are doing.â€ Are we, Americans, that naive and stupid to believe such a statement?

Military might and arrogance have never solved any problems in the past, but have compounded them. Vietnam, the Soviet (then American) occupation of Afghanistan, and Iraq, are testimony to this fact. We should learn from history soonâ€”before it is too late. 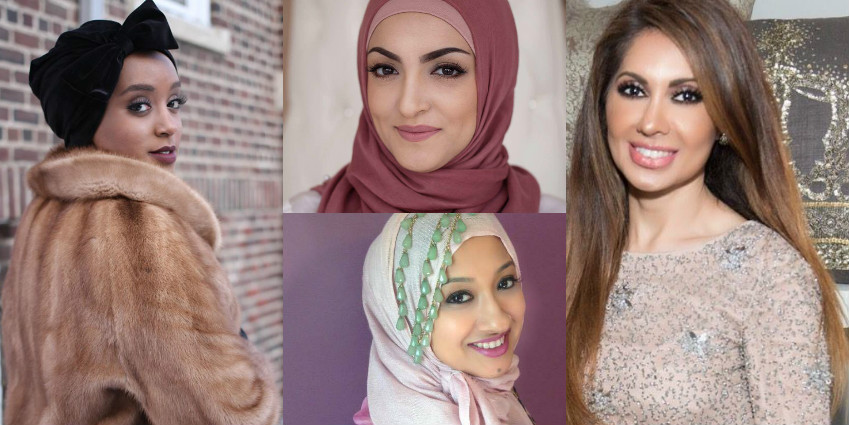 Muslim, Women, and Entrepreneurs: An Ode to Muslim Womanhood

A Position of Strength
By Bob Wood, Muslim Media News Service (MMNS) Recently, an acquaintance asked for some advice on allocating accumulated assets in…