The demand to ban the Quran or some of its verses is part of a well-calculated design by Hindutva fascists under the militant Rashtriya Swayam Sewak Sangh’s religious leadership, RSS. With increased interactions between Zionist extremists, White right-wing Christian evangelists, liberal militants, and Hindutva fascists, Islam and Muslims have become easy targets. The purpose is to provoke Muslims and destabilize them in countries where they live as a minority. In India, it is also to incite Hindus against Muslims and present Islam as a violent religion to destroy the world.

Recently, the Hindutva fascists used Syed Waseem Rizvi, a former chairman of the Shia Central Board of Waqf in Uttar Pradesh, the Bollywood film producer Ram Ki Janmabhoom, Ayesha and a staunch supporter of Narendra Modi and Bhartiya Janta Party to serve this purpose. With the help of a Hindutva fascist, he filed a case in India’s Supreme Court demanding to expunge 26 ayas or verses from the Quran because they promote violence and terror and threaten India’s national security. He claimed that that the first three Caliphs after Prophet Muhammad inserted these ayas to encourage terror. The purpose is to intensify the already existing Shia and Sunni conflict and lead them to a non-reconciliation status.

Shia and Sunni scholars have differences over the political successors of Prophet Muhammad. Shia scholars view the first three Caliphs, namely Abu Bakr, Umar, and Uthman, as usurpers and Ali as the Prophet’s only legitimate heir. In contrast, Sunni scholars reject that and describe Shias as a divisive force. Many in the Shia community curse the three Caliphas and other companions of the Prophet. During Muharram’s first ten days, the cursings become louder with the passion play based on Karbala’s events. The forces of Yezid, the monarch of Damascus claiming to be a Caliph, ordered the murder of the grandson of the Prophet who had declared his rule illegitimate.

The differences are well known to the world, and the power elites have always exploited them to ensure that the two groups do not come together to resolve the differences. Members of the two groups have often become puppets in other’s hands to harm and hurt each other.

Rizvi is no different. His hatred is visible in his tirade against the people he describes as Sunnis.

Behind him are the Hindutva fascists who inspired him to challenge the authenticity of the Islamic scriptures and present them as terror documents. In 1984 also, the RSS sympathizers had an unsuccessful effort to seek a ban on the Quran.

Rizvi’s main argument is that the 26 inserted by the so-called Sunni Caliphs verses he identified encourage terror. The fact is that Imam Ali, the fourth Caliph, whom Shia’s consider a legitimate Imam ruled for years after the three Caliphs, and he never deleted them or questioned their validity. Shia’s worldwide read from the copy of the Quran that is available in the Muslim world.

If he is concerned with violence in religious texts, then he should not single out the Quran. The Quran and Muslim scholars have explained the 26 verses and provided their context in defensive wars. They are available on the Web.

Shockingly, those who use Rizvis to rally against the Quran often ignore the violence found in Hindu scriptures.

There are several passages in Vedas calling for the death of disbelievers.

Rig Veda 7.6.3″ May the fire divine chase away those infidels, who do not perform worship and who are uncivil in speech. They are niggards, unbelievers, say no tribute to fire divine and offer no homage.

Rig Veda 9.63.5 “Augmenting the strength of resplendent self, urging the waters and rejuvenating all noble acts and destroying the infidels.” Tr. SatyaPrakash Saraswati

One who does not offer Sacrifice is inhuman.

Rig Veda 8.70.11″ May your friend, the cloud, hurl that Infidel down from heaven who differs from us in rites and rituals, is inhuman, who does not observe fire sacrifices, and who does not show reverence to Nature’s bounties .” Tr. SatyaPrakash Saraswati

Rig Veda 7.97.9″ O Lord of knowledge, this laudation is for you…destroy the godless and the malice of our enemy.” Tr. SatyaPrakash Saraswati

Nirukta 5.17 When, with his foot, will he trample the unworshipping man like a mushroom

Rig Veda 8.64.1-2 “May our hymns please you; O Lord of stubborn will power, please display your bounty. May you drive off the infidels. May you crush with your foot the niggard churls who offer no homage. You are powerful; there is none so powerful as you are.” Tr. SatyaPrakash Saraswati

Rig Veda 5.2.10″ May you roaring flames, O adorable Lord, be manifest in the sky as sharp weapons, to destroy infidels. In his exhilaration may his shining splendor inflict destruction. The godless hands try to bind him from all sides but do not succeed.” Tr. SatyaPrakash Saraswati

Rig Veda 9.79.10″ The powerful flowing elixir…It is the conferrer of wealth, the king of vigor; It crushes malignities and 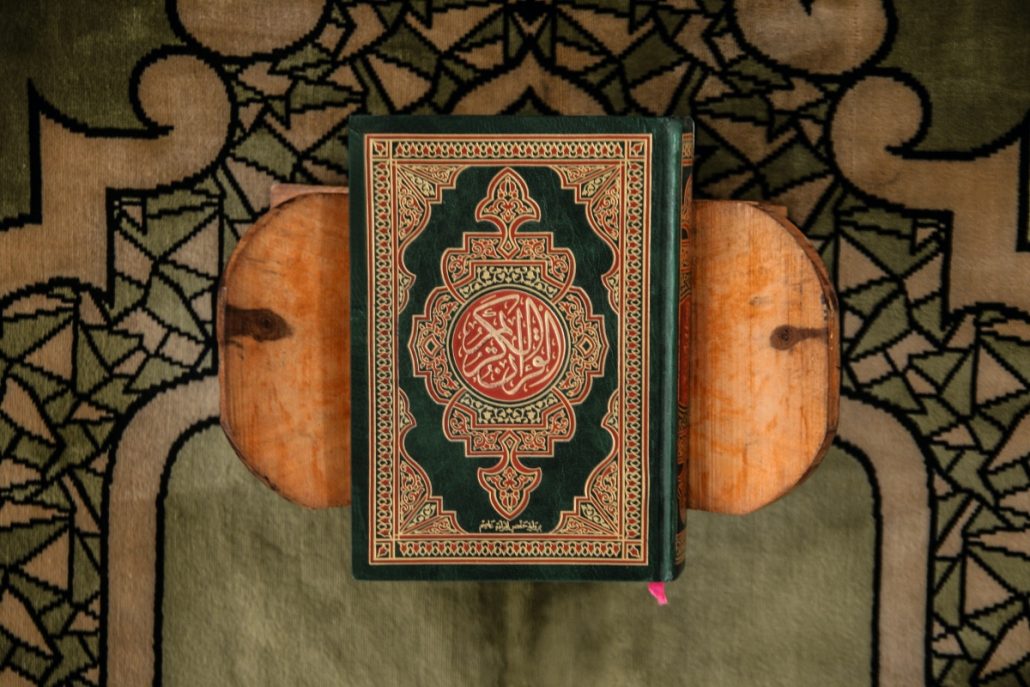 The Business of Iftar