A plea agreement that could have disposed of charges pending in a hate crimes trial for two men convicted of murdering Ahmaud Arbery was rejected by a federal judge Monday, Jan. 31. The deal was reached between prosecutors and two of the three men convicted for killing Arbery a week before their hate crimes trial. During the pretrial on Jan. 31, a federal judge said she would consider the plea deals for father and son, Travis and Gregory McMichael; she rejected them hours later.

According to the Associated Press, when rejecting the deal, U.S. District Judge Lisa Godbey Wood noted that it would have locked her into specific terms, including being able to sentence the men to no more than 30 years in federal prison.

She added that in this case, it was most appropriate to consider the victim’s family’s wishes at sentencing, which the proposed deal wouldn’t allow. Arbery’s parents, Wanda Cooper-Jones and Marcus Arbery, immediately denounced the plea deal and both asked the judge to reject the deal once it was filed.

“I’m asking on the behalf of his family, on behalf of his memory, and on behalf of fairness that you do not grant this plea in order to allow these men to transfer out of Georgia state custody into the federal prisons where they prefer to be,” Cooper-Jones, Arbery’s mother, told the judge.

The proposed plea agreements were filed with the court on Sunday, according to The Washington Post. No mention of the third defendant William “Roddie” Bryan was made. All three men were sentenced to life in prison on Jan. 7, in addition to facing federal hate crime charges that were to be sentenced in a federal trial beginning Feb. 7.

The hate crime charges were brought upon in April when a federal grand jury indicted the three men in a hate crime case that included charges of interference with the victims’ rights and attempted kidnapping, Daily Kos reported.

According to The New York Times, federal prosecutors offered the plea under the argument that the McMichaels did not set out to hurt a Black person that day, but instead made racist assumptions based on Arbery’s skin color. Clearly, the McMichaels are racists—evidence in the trial proved this—but prosecutors claimed that their intention was not to hurt Arbery.

While specific details about the plea deals were not included in the court filings, Marcus Arbery noted that the plea would have allowed the two killers to spend the first 30 years of their sentences in federal prison as opposed to the state.

“Ahmaud is a kid you cannot replace,” he told reporters outside the courtroom during a press conference. “He was killed racially and we want 100% justice, not no half-justice.”

“I fought so hard to get these guys in the state prison,” she said. “I told them very, very adamantly that I wanted them to go to state prison and do their time. … Then I got up this morning and found out they had accepted this ridiculous plea.”

Marcus Arbery called for “100% justice” for his son, adding: “I don’t want no chance to make their lives easier.” If the men are convicted in the federal hate crimes trial, they face additional life sentences. Travis McMichael would also face weapons charges.

Cooper-Jones has been consistent in her want for a federal trial to take place in order for self-defense arguments to end.

At this time, it is unclear what evidence might be introduced in the federal trial; however, various social media posts and text messages have shown racist language and slurs used online by the McMichaels. The judge has given both the McMichaels until Friday to decide whether they will move ahead with pleading guilty. 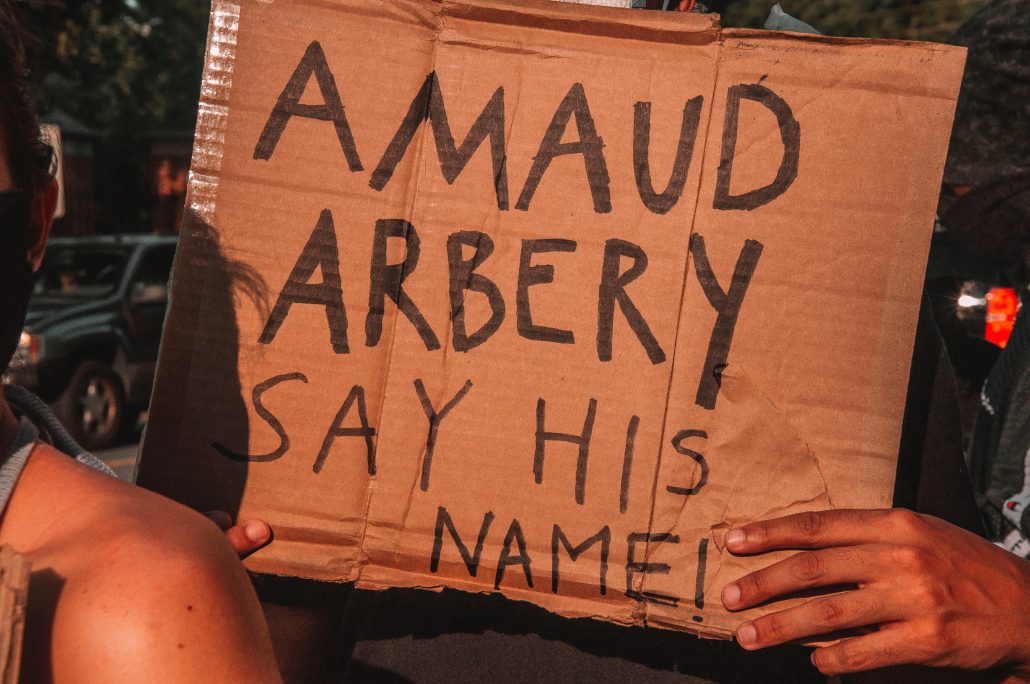 Muslims Count Michael Jackson as One of Our Own