Farhana Khera, President and executive director of Muslim Advocates in a powerful testimony given to congressional committee appraised the nation of the heavy toll the Muslim ban has heaped on the nation and the Muslim community.  The House Committee on the Judiciary led by Jerrold Nadler heard.

Democratic congresspersons called the ban inhuman and unnecessary and questioned the logic of banning Muslims from countries who were not even part of the 9/11 attack on the US. Congresswoman Ilhan Omar described Andrew Arther’s Center for Immigration Studies a hate group that promoted Islamophobic propaganda as reported by many studies.

In her written statement Khera said that in 2018, the first year the Ban was in full effect, the State Department rejected approximately 37,000 visa applications from the banned countries. In 2017, fewer than 1,000 were rejected.  During the first month of the Ban, the State Department approved only 2 out of 6,555 eligible applicants.

She added that the real-world consequences of the Ban are jarring. The Muslim Ban has needlessly separated countless families. Children?including U.S. citizens?have been denied the love and comfort of and access to their parents and grandparents. Gravely ill family members have been denied access to lifesaving medical treatments. Parents, children, brothers, sisters, and grandparents have missed the births, deaths, weddings, and funerals of their loved ones. According to the Cato Institute, the Muslim Ban has kept out nearly 4,000 spouses or fiancés and has also barred nearly 6,000 adopted children of U.S. citizens.

The Yemeni born Ismail Ahmed Hezam Al-Ghazali whose wife was denied a visa to join him described the ordeal during her visa interview :

“But, the interview did not go as expected. Our meeting did not even last five minutes. They returned Hend’s passport and said that her visa had been denied because of the Muslim Ban and that even though Hend was my wife, we were not eligible for a waiver. We were stuck in Djibouti. I was not able to work there, and the money I had borrowed from friends to make the trip was running out. I was not sure what to do next. Hend went into labor late one night. For most couples, this is a happy occasion. For us, it was the most frightening experience in my life. It took me 30 minutes to find a cab while my wife was in pain. Hend’s contractions were coming faster and faster. We were 5 minutes away from the hospital but there was no time left. Hend gave birth to our son, Khaled, in the back of that cab. I’ll never forget that night and how hopeless I felt. I hated that I had to go back to New York again without them but I had no choice but to provide for my family. And in April of this year, my wife gave birth to our daughter Rahf in Yemen and it broke my heart that I wasn’t there for her. Now, I have been asked to come back and reinterview for the waiver. I still have hope that we will be together again as a family here. I will show my family in New York City. Hend will become a nurse. My son and daughter will go to school and pursue their own dreams. I pray that you will find it in your hearts to allow families like mine to be together. Please end this ban.”

Mr. Abdollah Dehzangi, whose wife was denied visa even though she holds a Norwegian passport said in his testimony “I want to reiterate that we are not a threat to the United States, but I know, this is already well-known. No one can be found to be a threat-based upon their nationality or religion. Threats must be determined based upon facts and evidence—there are no such facts about my wife. As I finish this testimony, filled with sorrow, despair, and sadness, looking at all we did to be of worth to our society, family, and community, and cleaning tears from my eyes, I wish to leave you with the knowledge that this unfair and xenophobic ban is destroying our lives and bond. We do not know what is going to happen and how long we have to wait. We do not know when or where we can be united. We do not know why the America we have dreamed of has put us in this situation.”

Khera”s Muslim Advocates?along with a diverse coalition of over 400 civil rights, faith, national security, and community organizations? has endorsed the NO BAN Act as she urged Congress to pass the NO BAN Act swiftly and remove the scourge of religious bigotry from our immigration system. She also urged the administration to make good on its promise to issue family-based and humanitarian waivers immediately and without further delay. 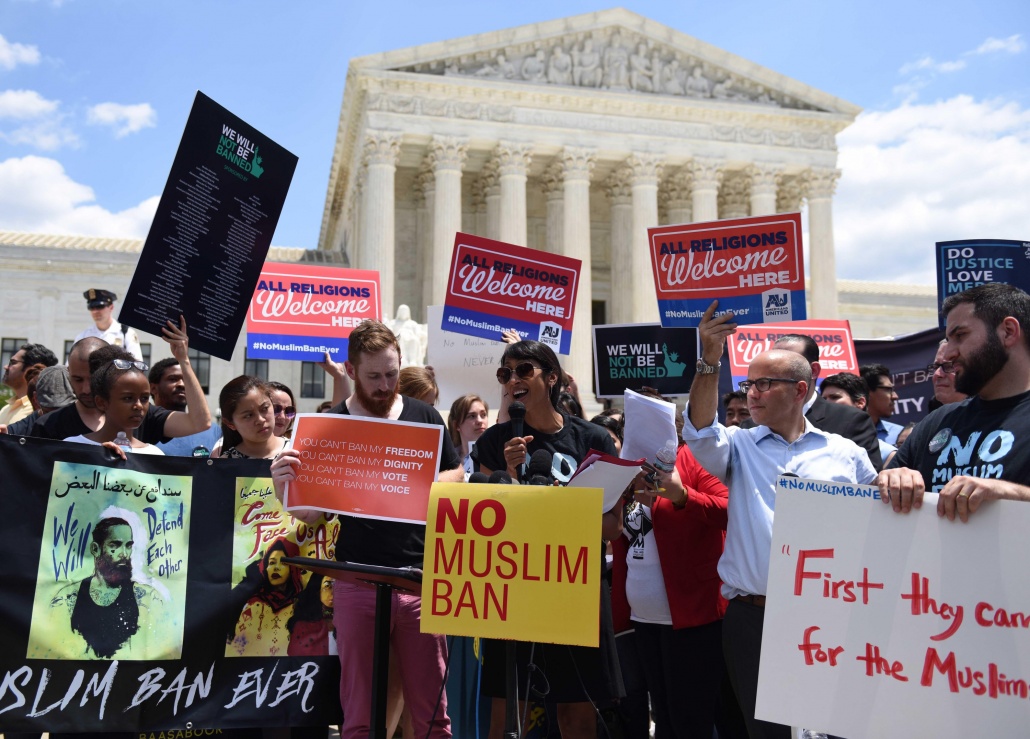 Volume 2 of A Cup of Mint Tea is Published; $18,000 of Funds Sponsored Orphans

The Danger of Customizing and Privatizing Islam: 4 Mindsets We Need to Change
By Saud Inam In recent times we’ve encountered the rise of extremist groups who theologically twist, omit and reinterpret Islam…