Nationwide protests have spread like a fire all over India against the unconstitutional bill of CAA- NRC. Unfortunately, the protests have claimed more than thirty-two lives so far with more deaths in Uttar Pradesh than any other region. Over 50 colleges and university students nationwide have taken to the streets for protests since the Modi government passed the black law (CAA). Three colleges have stood out:  Jamia Millia Islamia College, Jawaharlal Nehru University and Aligarh Muslim University.

The protests are against the new legislation are being perceived as ‘anti-Muslim’, ‘discriminatory’ ‘ by the ‘majoritarian’ Narendra Modi government to make Muslims either ‘second-class citizens’ or as part of a CAA-NRC combination, to ‘strip the Muslims of citizenship’ and ‘put them in detention centers’. It is unbelievable that non-stop massive protests of women have been going on in Shaheen Bagh, Delhi for a month against the unjust law of CAA and observed communal unity too.

Arundhathi Roy, a well-known author, spoke at the site of Jamia Millia Islamia College in regards to Modi and the parliament, ” Maybe, one day they will be in detention centers, we will be Azad” and added that” If we all get together there won’t be a detention center big enough for us ”

Recently, Microsoft CEO Satya Nadella made a statement about the law at an event in Manhattan, “I think what is happening is sad… it’s just bad… I would love to see a Bangladeshi immigrant who comes to India and creates the next unicorn in India or becomes the next CEO of Infosys.”

Why are Muslims are worried about CAA combined with NRC?

Muslims are worried because the citizenship law does not protect Muslims thus isolating those who are refugees. Muslims have been discriminated against in the process that if a Muslim can not meet the available criteria of NRC, they will not acquire citizenship. The second concern is about the NRC process itself, submitting documents is not realistic because many of these residents do not have official documentation at hand.

In context with the present scenario of India, referring book of “Dennis Dalton” titled as “Mahatma Gandhi” ( selected political Writings ) excerpted as:”Without Hindu-Muslim ie communal unity, we shall always remain crippled and communal unity means unity between Hindus, Sikhs, Mussalmans, Christians, Parsis, Jews, all these go to make Hindustan. He who neglects any of these communities does not know constructive work and as long as the curse of untouchability pollutes the mind of the Hindu, so long is himself untouchable in the eyes of the World.”
“India cannot cease to be one nation because people belonging to different religions live in it. If the Hindus believe that India should be peopled only by Hindus, they are living in dreamland.” Above all the author said, “at its present stage of development, nonviolent action in politics is no panacea; even Gandhi’s strongest admirers recognize this, When Nobel prize winners like Albert Einstein, Martin Luther King, Jr, Nelson Mandela, Aung San Kyi, and Dalai Lama all praise Gandhi as the political leader of our era most worthy of emulation.”

Modi as a member of the Rashtriya Swayamsevak Sangh (RSS), a Hindu extremist group, has announced discriminatory citizenship laws targeting Muslims.  He has naturally provoked heightened anxiety amongst  India’s 200 million Muslims and used violence perpetrated by RSS thugs and police to quell peaceful protests by Muslims and secular forces.

During protests, it has been reported that police had physical altercations with Muslims and used derogatory language like, ‘Why are you here? You’re a traitor, go to Pakistan’. Whenever police have been deployed in Muslim-dominated areas, their goal is always to “teach a lesson.”

Ever since its inception RSS has been involved in numerous acts of violence and vandalism targeting India’s religious minorities like Muslims, Sikhs, and Christians.

This group also destroyed the historic Babri Mosque in 1992 and after the demolition of that mosque, thousands of Muslims were massacred all over India. In 2002, when Modi became the Chief Minister of the Indian state of Gujarat, RSS members went on a rampage killing 2000 Muslims.

It may be not be ruled out that the political maneuvering of Modi Govt. is to divide and divert the nation on the basis of creating an environment to provoke communal hate and from economic issues like GDP, unemployment, the price hike of goods respectively. It’s ridiculous that the BGP government started a nationwide door-to-door campaign for seeking the support of the CAA /NRC bill after passing a law in Parliament.

According to a press release on the briefing from the Indian American Muslim Council, Stanton claimed, “Preparation for genocide is definitely underway in India.” He explained, “The persecution of Muslims in Assam and Kashmir is the stage just before the genocide. The next stage is extermination—that’s what we call a genocide.” Stanton alleged Assam was seeing the “construction of a pretext for expulsion [of Muslims]”. He argued the issues in both Kashmir and Assam were a “classic case”, following the pattern of the 10 stages of genocide. Stanton declared the regime of Prime Minister Narendra Modi had “all the hallmarks of an incipient Nazi regime”, adding “nationalism taken to its extreme is fascism and Nazis.

International human rights law lay down the obligations of governments to act in certain ways or to refrain from certain acts, in order to promote and protect human rights and fundamental freedoms of individuals or groups, everyone is entitled to these rights, without discrimination. Therefore, it is required to address the violation of the human rights of Muslims of India by the foundation of the International Human rights Law of the United Nations and ensure to curb the possibility of mass genocide and persecution of Muslims of India, plotted by RSS/ BJP Government of Modi. More than nine states of India refused to implement CA/NRC in their states and Asam already filed the petition against this controversial law, which is against the basic structure of the constitution. Moreover, the protests were not limited to Muslims but consist of youth and people having a secular and democratic approach in order to uphold the sanctity of the constitution. 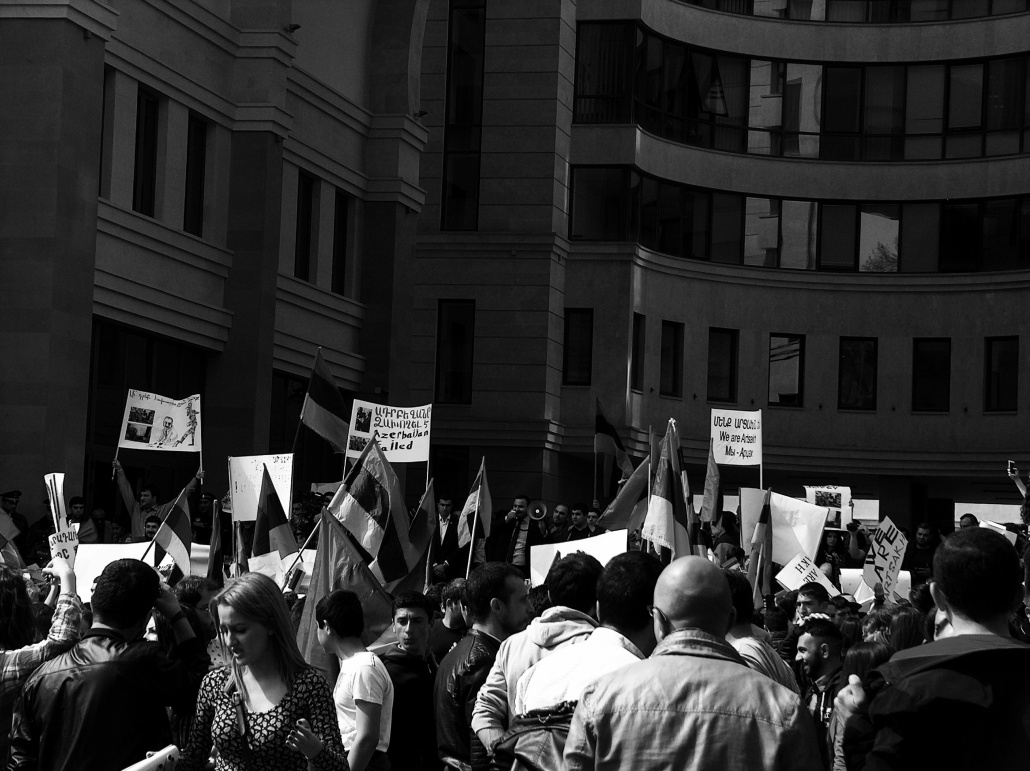 Chomsky Warns of Risk of Fascism in America

The Smartest Guys in the Room

Unbelievers Are Friends of One Another

The House has voted to Formalize the Impeachment Inquiry
By TMO Staff Recently, the Speaker of the House of Representatives, Nancy Pelosi, announced a vote to formalize the impeachment…

Trump and Iran: What, Why and When did it happen?
Scroll to top