While the Trump administration continuously states that the restrictions on immigration it has proposed are not meant to ‘ban Muslims’ from entering the United States, it has successfully enabled a drop in Muslim refugees entering the country.

Christian refugees have outnumbered Muslim refugees entering the U.S. during President Donald Trump’s six months in office, according to an analysis of State Department data by the Pew Research Center.

According to the Pew Research report, Christians made up the majority of refugees admitted to the country during the Trump administration, reversing a trend that saw Muslims entering the country at higher numbers under President Obama.

The data from the Pew Research Center shows that the number of total refugees entering the country in the first six months of 2017 is down 34 percent in comparison to January-June 2016. These figures include January 2017, most of which Barack Obama was still president.

The number of Muslim refugees entering the country over the same time period is down over 40 percent. Although the number of Christian refugees has also declined, it has less sharply.

From Trump’s first day in office on January 21 until the end of the month, 50 percent or about 9,598 refugees arriving in the country self-identified as Christian, reports say. About 7,250, or 38 percent, were Muslim with 12 percent identifying as other religions or none.

The number of Muslims admitted in 2016 was the highest since 2002, when data about religious affiliation became available.

While 2016 was a record year for Muslim refugees entering the country, 2017 has shown one-fifth of the 2016 total. Earlier this week, the State Department announced that the annual cap of 50,000 refugees imposed under Trump has been reached.

According to the Pew Research report, “the religious affiliation of refugees has come under scrutiny” in the wake of Trump’s executive orders restricting travel to the U.S. from six Muslim-majority countries.

Prior to April, three of the top six countries of origin for U.S. refugees- Iraq, Somalia and Syria — were majority Muslim. Now only Iraq remains among the list, with the Democratic Republic of the Congo, Burma, Ukraine, Bhutan and Eritrea.

The number one country of origin for refugees admitted under Trump has been the Democratic Republic of the Congo, presenting Christianity as the majority religious affiliation of refugees.

Pew researchers have stated that “it’s not clear” why religious affiliation has shifted in this way.

However, research has shown that despite whose in office, it has been more common for Christian refugees to the U.S. to outnumber Muslims. Historically, Muslim refugees have only outnumbered Christians in the years 2005, 2006 and 2016 between the years of 2002 through 2016 within the U.S.

America’s religious composition of refugees does not reflect global trends. According to Statistics, from the UN Refugee Agency, many of the world’s refugees continue to come from Muslim-majority countries, like Syria and Afghanistan.

Trump has indicated in the past that he would prioritize resettling Christian refugees over those of other religious affiliations, although Muslims are more likely to be victims of terrorism and persecution worldwide.

The President’s original executive order sought to ban all refugee admissions for a certain period of time, while creating an exception for religious minorities. However, after concerns regarding religious testing were raised, a revised version of the order was issued in March removing the exception for minorities.

Last month, the Supreme Court agreed to review the travel ban in the fall and decided to partially uphold the ban in the matter that it “may not be enforced against foreign nationals who have a credible claim of a bona fide relationship with a person or entity in the United States.”

Meaning that the president’s 50,000 cap on refugees is not in full effect, as the State Department has the ability to enforce a narrow set of criteria for admissions. Refugees who can prove a “bona fide” relationship with an citizen or entity in the U.S. could still be admitted after the cap is reached. 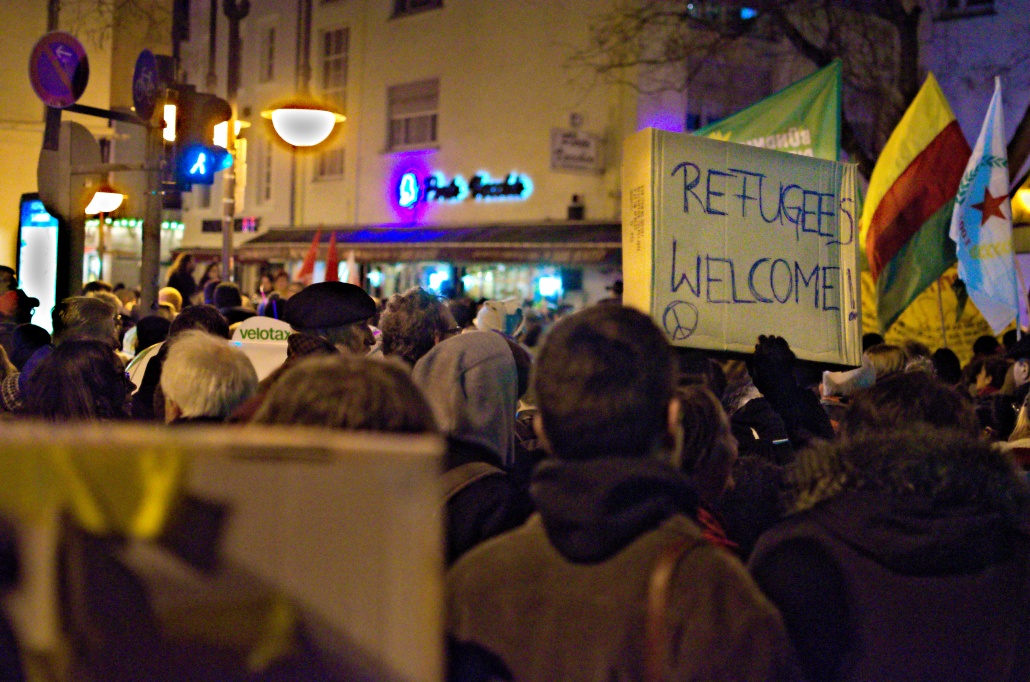 Shia-Sunni Conflict: A Nation at War with Itself
By Dr. Aslam Abdullah, TMO Editor-in-chief Once again, Muslims identified as Shiâ€™a were killed in Pakistan. Once again, in retaliation,…

One Giant Gaza Strip from the Caspian to the Red Sea