By Gabriel Moreno Esparza
The Conversation

The harrowing picture of a man carrying the corpse of a drowned boy on Bodrum beach published by numerous news organisations could be the defining image of a globally significant event.
As a piece of photojournalism it has already made an impact in a way Daniel Etter’s moving picture of a crying father holding his children after landing on Kos beach did not. Etter’s piece was said to have “brought the world to tears” and has been used for fundraising . It was certainly example of how photojournalism is “at its best when it embodies our ability to benefit the issues and people with whom we connect“.

But the images of the little boy, taken by Nilüfer Demir, a photographer for the Turkish news agency Do?an, seem to have touched a deeper nerve.

We’ve since been told that the boy’s name was Aylan Kurdi and that his mother and brother also died trying to get to Europe, while his father survived.

The Huffington Post reports that this image in particular has prompted several British opposition politicians to call for action. “Bodrum” quickly became a top trending topic on Facebook, while the hashtags #refugeeswelcome and #SyriaCrisis were the centre of attention on Twitter.

It remains to be seen whether the image coincides with a shift in attitudes toward what is being labelled as the worst humanitarian crisis since World War II or whether it will become as imprinted in our minds as the three great images of the Vietnam War: Hu?nh Công Út’s “Napalm girl”, Eddie Adams’ 1968 “Murder of a Vietcong by Saigon Police Chief”, or Malcolm Browne’s 1963 “Burning Monk”.

These images are recognised for their ability to communicate human suffering, letting the viewer know they are witnessing evidence of a reality that cannot just be captured in words. They convey the sense that the scene in the frame is part of something much bigger than what any observer can make of it.

The picture of the small boy is of course part of an individual and a collective tragedy. It is a scene from a humanitarian crisis that has forced millions to flee their war torn hometowns in Syria, Iraq and Yemen. Bodies have been washing ashore in southern Europe for some time, and my guess is we’ll be witnessing more of these images before long.

But pictures like “Napalm girl” or “Burning Monk” were part of national narratives that told the world of the horrors of war experienced in distant countries. “Drowned boy’s corpse”, on the other hand, makes us confront a reality too close to look away.

This one image carries the echo of millions of men and women who are too scared of the nightmare they are living to think twice before putting their little boys and girls onto rafts, hoping they’ll make it to a better place.

Perhaps Lee Miller’s 1945 Dead Prisoners in Buchewald concentration camp communicated some of the same collective horror – but again, there is something different in the more recent image. It’s tragic at face value, but horrific for what it doesn’t show – the bloody realities of millions of people who aren’t in the picture.

We could stop for a minute to ponder the conflict between the ethical and journalistic dimensions in imagery of violence and tragedy. One could also remark on the hypocrisy of many conservative newspapers that have run this image to suit their sensationalist agendas after months of using others to stoke anti-immigrant sentiment.

Personally, I would prefer to stick with the momentum of favourable media attention that the photograph is generating. It has been used by campaign groups to galvanise citizen action. The hope is that it could finally tip world leaders into softening their stance on this issue.

Editor’s Note: Gabriel Moreno Esparza is a lecturer in Journalism at Northumbria University, Newcastle. This article originally appeared on TheConversation.com and is reprinted here with permission. All views expressed here are solely those of the author. 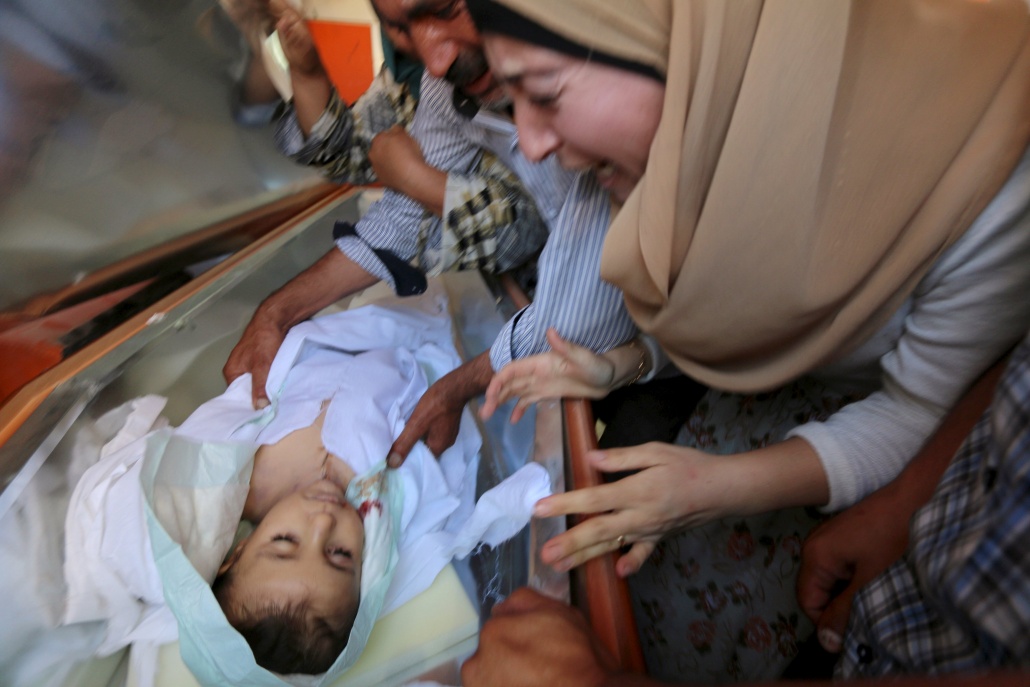 A German Convert Talks About Islam—Advice to Other Muslims

The Kharijites of Iraq and the Levant
Scroll to top