In what started off as a day of celebration, a viral video depicts a bride in Lebanon posing for a wedding shoot moments before a massive explosion in Beirut killed at least 135 and injured thousands. Seconds into the video, a loud blast can be heard during which the wedding photographer, identified as Mahmoud Nakib, turns to show the increasing damage, smoke-filled air, and people running for safety. But instead of thinking of herself, the viral video’s bride Dr. Israa al Seblani acted on her healthcare professional instincts and attended victims of the blast, despite the attire she was in.

Seblani, a doctor from Michigan, arrived in Lebanon three weeks ago to get married. Prior to fleeing central Beirut’s Saifi square, the young doctor helped to check injured individuals nearby while still in her white floor-length wedding gown. A day after the explosion both Seblani and Ahmad Subeih, her husband, spoke to Reuters on their difficulty in processing what had happened. Thankful to be alive, the couple shared their experience and remaining shock.

“I have been preparing for my big day for two weeks and I was so happy like all other girls, ‘I am getting married’. My parents are going to be happy seeing me in a white dress, I will be looking like a princess,” she told Reuters. “What happened during the explosion here—there is no word to explain … I was shocked, I was wondering what happened, am I going to die? How am I going to die?”

According to officials, at least 135 were killed and with more than 5,000 wounded, the death toll is expected to rise. The explosion was the worst of its kind to strike Lebanon, a country with a history of destruction, including a civil war lasting from 1975 to 1990 and ongoing conflicts with Israel, ABC News reported. Officials believe the blast was caused by more than 2,700 tons of ammonium nitrate, a compound that had been stored for at least six years at the port. Investigations on how the blast occurred are ongoing. In an interview with Jordan’s state-owned channel Al Mamlaka, Beirut’s governor Marwan Abboud said that “half of Beirut’s population have homes that are unlivable for the foreseeable future—for the next two weeks.”

In an interview with WXYZ Detroit, Seblani shared that she has been delaying her wedding for the last three years due to her husband’s immigration status. Subeih still awaits U.S. approval on his documents and as a result, Seblani must plan to return to the U.S. without him. While she loves Lebanon, following the blast, Seblani expressed that living there is not an option. In a video shared on Twitter, Seblani expressed her fear and teared up as she pleaded for the U.S. government to approve her husband’s paperwork so he could join her in the U.S.

But despite the circumstances, the newlywed bride is trying to be positive. “There is a lot of damage, many people were killed and wounded. But also if I want to look at us, myself, my husband, the photographer—how we escaped unharmed, I thank God for protecting us,” she said to Reuters. “This alone makes me feel optimistic and to keep the joy of the occasion that I came here to celebrate.” 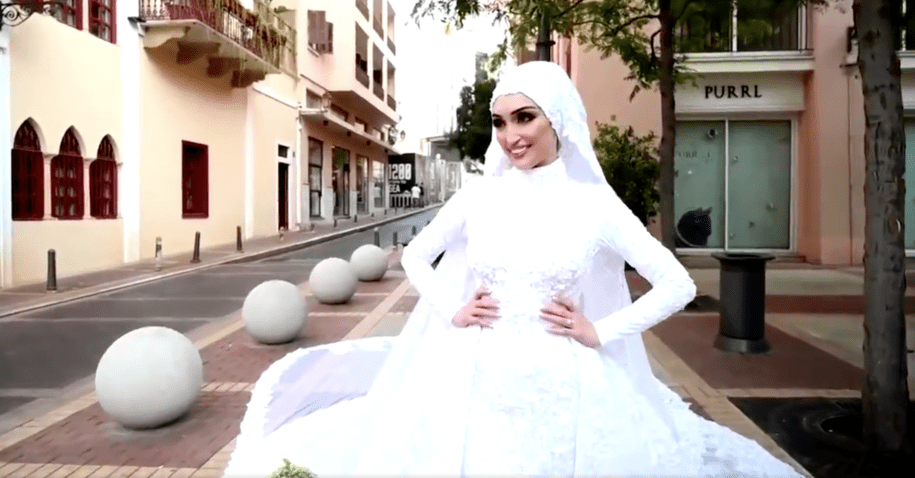 It’s the Christmas Season – Love Your Relatives
With ALLAHâ€™S name, The Merciful Benefactor, Merciful Redeemer By Imam Abdullah El-Amin â€œNone of you are believers unless you love…

An Update on the COVID-19 Pandemic

© 2020 MuslimObserver.com, All Rights Reserved
People of all Faiths Gather at Time Square condemning India’s Hate and...

Trump’s latest attack on undocumented immigrants is a pathetic attempt to...
Scroll to top