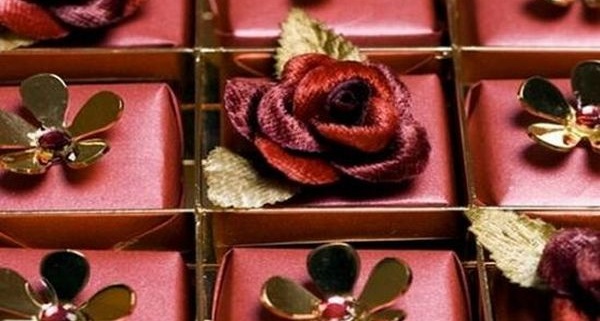 Two years ago in Ramadan, we received a surprise gift package from a dear friend. Upon opening, we discovered an elegantly branded box wrapped with a uniquely designed fabric ribbon. Attached to the bow was a thin small square wrapped in silver paper topped with a small delicate white flower and a tiny silver “Allah” shaped medallion. There was only one word to describe it. Beautiful!  Inside were individually wrapped chocolates of different flavors. What company made these strikingly luxurious products we thought?

Patchi? … never heard of them!

As founders of AMCC, we’re always on the lookout for unique products to bring to the attention of Muslim consumers, so we did what everyone does when they want to find any information…we googled!

Patchi, we discovered, is a family owned business started 40 years ago in Lebanon which currently boasts 140 retail boutiques in 32 countries situated primarily in the Gulf and Middle East. Their signature style with focus on detailed artistry and premium natural products have made them a household name when it comes to luxury and gift giving in the region.

Ziad Elkurjie co-founded Patchi USA with his wife Soheila Elkurjie in 2008 and led the build out of the online commerce and brand presence of Patchi International, which is still privately held with a revenue of over $250 Million.

We sat down with Ziad to discuss the Patchi brand and what his personal story is.

He was born and brought up in Beirut, Lebanon and came to the states to attend college. After settling here, he took a trip back to Lebanon after many years to visit his family in 2006. Much rebuilding had been done in Beirut after the advent of the civil war. In the heart of downtown, Ziad noticed a beautiful flagship boutique of Patchi chocolates. Memories from his childhood resurfaced as he reminisced the taste and the presence of the chocolates throughout various holidays and special occasions growing up in Beirut.

“Amazing … it has developed into such a well-done brand. It’s beautiful!” he thought. “Chocolate is very much a universal brand … it’s for anyone and everyone! … it’s like fashion,  if you wear denim, you wear denim wherever you are.”

An idea occurred to Ziad. With his degree in computer science and economics from University of Toronto and his many years of experience working in technology startups in Silicon Valley, he wanted to introduce this brand to a larger audience. With just a few more days left in Lebanon, he reached out to Patchi Group Worldwide headquarters and set up a meeting.

E-commerce had matured in the US, but was fairly negligible in the MENA region. This is where Ziad’s expertise came in.

“Technology can be harnessed to reach general consumers’ habits, interactions, and lifestyles, Ziad pitched. “ It has come on board as part of your day to day life, no matter where you live, how young or old you are. An evolution is occurring of how consumers are interacting with the world around them as far as products and consumption habits”

Ziad laid out his background and business plan and proposed a test run in the US with no big commitment or risks. Patchi was sold on the idea. Two years later, in 2008, Patchi USA had its online soft launch around the different seasons and holidays.

“Using technology we were able to leapfrog the brand introduction in the US, a vast market in terms of geographic size and population. Obviously, there are people who reside in North America that have familiarity with the brand, but there are a lot more people who have never heard of it and that’s where the opportunity lies.”

Within a short time, Patchi USA achieved significant growth and sales grew by 300% in less than two years. While the clientele is mostly females and Muslims, the consumer base is steadily expanding across the board among American consumers, especially with the acquisition of various corporate accounts such as the Four Seasons Hotels and Mandarin Oriental Hotel Group. The most important brand ambassadors of Patchi are the 75% repeat customers.

Today, Patchi USA has a 10,000 square foot warehouse and offices situated in Santa Barbara, CA with a local team of 10 people. But as they’re part of the larger Patchi Worldwide Group, they have support of the international team behind them.

In his free time, Ziad likes to spend time with his three kids and explore nature. They make frequent visits to the beach, go hiking, and discover new foods and flavors at local markets.

He credits his father as undoubtedly the greatest influence on his life. “My father was a businessman, entrepreneur, and family man. I saw his business affected by the long civil war in Lebanon, but he and his partners would reassemble, restructure, rebuild, adapt and grow. And then do it all over again,” he shares. “This is our faith”, my father would say, “there is always something better to come, you have to be on the lookout and you have to work for it really hard.”

So what is Ziad’s advice to budding entrepreneurs?  “Challenge your assumptions more often, even at the cost of rebuilding. Build a team of believers who are passionate like you early on and pay attention to all your data. It speaks volumes.” 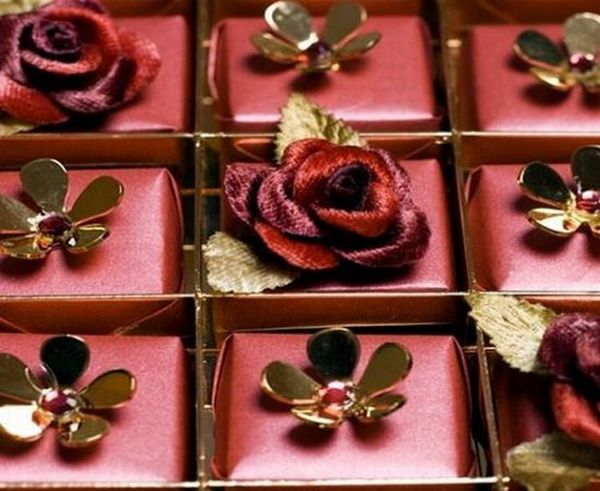 Presentation on Egypt and Syria