The latest declassified Worldwide Threat Assessment, issued by the office of the US Director of National Intelligence, James Clapper, omitted Iran and Hizbullah as terrorist threats to the United States.

Iran and Hizbullah may have been left off of the list due to Iran’s growing influence in helping curb the spread of ISIS in Iraq and Syria. In sharp contrast, last year’s report included an entire section dedicated to Iran.

“This year, the assessment on Iran praised the nation for its attempts to ‘dampen sectarianism’ and to ‘deescalate tensions with Saudi Arabia,’ though they did warn that Iranian attempts to protect regional Shias risked fueling a sectarian backlash against them,” reported AntiWar.com.

“Last year’s report described the global terrorist activity of Lebanon’s Shia Hizbullah group to have increased in recent years to ‘a level we have not seen since the 1990s’, however this year’s report mentioned the group only once saying it faces a threat from ISIS and Al-Nusra Front near Lebanon’s orders,” reported Middle East Monitor Online.

Right-wingers were predictably livid. Former U.N. Ambassador John Bolton told Fox News that the omission may be tied to nuclear negotiations currently underway between the United States and Iran.

“I think that we are looking at a quid pro quo, where Iran helps us with counter-terrorism and we facilitate their nuclear ambitions and cut down on our labelling of them as terrorists,” Max Abrahms, professor of political science at Northeastern University and member at the Council of Foreign Relations, told Newsweek.

“The world has changed. The Sunni threat has gotten worse, the Islamic State is a greater danger than al-Qaida ever was, and the Iranians have really come up big in terms of helping us out in combating the Islamic State.”

Although Iran is not included in the document, the State Department still considers the country and Hizbullah as terror threats. 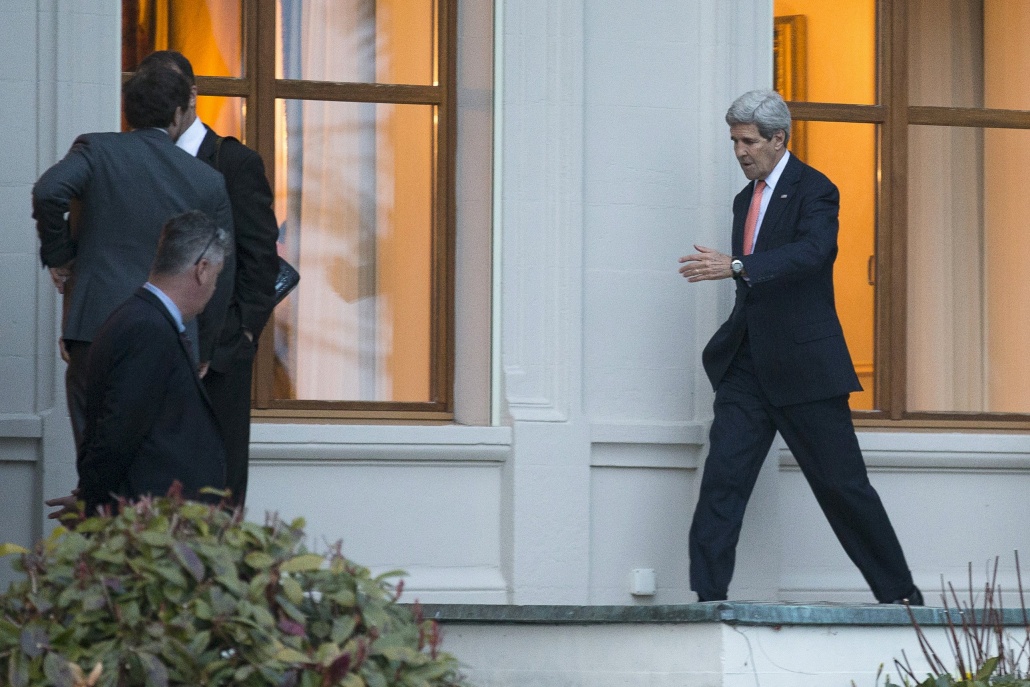