Joining hundreds of firsts that Muslim Americans have seen in the past five years is Judge Zahid Quraishi. He was confirmed by the Senate on Thursday to a lifetime seat on a U.S. district court, making him the first Muslim American federal judge in U.S. history.

Senators voted 81-16 to confirm 46-year-old Quraishi to the U.S. District Court for the District of New Jersey. He was nominated by President Joe Biden in March, according to a  press release from the White House, and is Biden’s third confirmed judicial nominee. Quraishi also received the strongest bipartisan vote so far.

His appointment is historical because to date, more than 4,200 people have served as Article III judges, but not one has been Muslim.

“Mr. Quraishi will be the first American Muslim in United States history to serve as an Article III federal judge. The third largest religion in the United States, and he will become the first to ever serve as an Article III judge,” Senate Majority Leader Chuck Schumer said, according to United Press International. “We must expand not only demographic diversity, but professional diversity, and I know that President Biden agrees with me on this, and this will be something that I will set out to do.”

Prior to his appointment, Quraishi served as a magistrate judge for the U.S. District Court for the District of New Jersey, the same court to which he was appointed. In addition to being the first Muslim to serve in his position nationwide, the son of Pakistani immigrants will also serve as the first Asian American on the federal bench in New Jersey.

“Another barrier has been broken, and it has been broken in New Jersey,” said Gov. Phil Murphy. “I congratulate the newest member of the federal bench for the District of New Jersey, Judge Zahid Quraishi, on becoming the first Muslim federal judge in our nation’s history. As a Captain in the United States Army, an attorney in private practice, an Assistant United States Attorney, and a federal magistrate judge, Judge Quraishi has built a strong and commendable legal record. I know that all who enter his courtroom in search of justice will benefit from his experience, his knowledge, and his commitment to the law.”

Not only was Quraishi involved in the New Jersey judiciary prior to his appointment but after graduating from Rutgers Law School, he gave up his law practice to join the Army after the Sept. 11 attacks. He served two tours in Iraq in support of Operation Iraqi Freedom in 2004 and 2006. In 2019, he was appointed as a U.S. magistrate judge for the District of New Jersey, the first Asian American to also serve in that position in the state.

“I just find that to be unbelievable; I think it speaks to his really amazing public service,”  Carl Tobias, a professor of law at the University of Richmond, told NPR.

Quraishi is not only the third confirmed judge nominated by Biden, but one of his first nominations announced in March. Others nominees include the first AAPI woman to serve on the U.S. District Court for the District of D.C., and the first woman of color to serve as a federal judge for the District of Maryland.  Acknowledging his history-making nomination after the president’s announcement in March, Quraishi said, “I would prefer to be the hundredth, if not the thousandth. I understand what it means to the community.”

Biden’s nominations followed a vow to become the U.S. president with “the most judges by July of the first year of a President’s first term in over 50 years,” according to a press release. “I look forward to continuing to make nominations at a historic pace and working closely with the Senate on many more confirmations,” Biden added.

At this time there are more than 80 current vacancies on the U.S. district and appellate courts, with another 30 seats expected to open in the coming weeks and months, according to CBS News. Biden announced more nominees to the courts Tuesday and confirmed he is on track to have the most judges confirmed in a first-year presidential term.

Muslim advocates and others nationwide applauded Quraishi’s appointment, noting what it means to Muslim Americans and youth nationwide. “He is a model for the outstanding contributions that Pakistani and Muslim Americans make to this country every day. We are grateful to President Biden for nominating him, and to members of the Senate for confirming him today,” said Dr. Ijaz Ahmad, chairman of the American Pakistani Public Affairs Committee.

While the confirmation is important in terms of representation, it is also important to remember that federal courts were created more than 230 years ago. While change has been slow, it is finally coming.

“This is history,” Sen. Cory Booker said, “to achieve something that should have been achieved a long time ago.” He emphasized that Quraishi is “a person of patriotism who happens to be Muslim.” 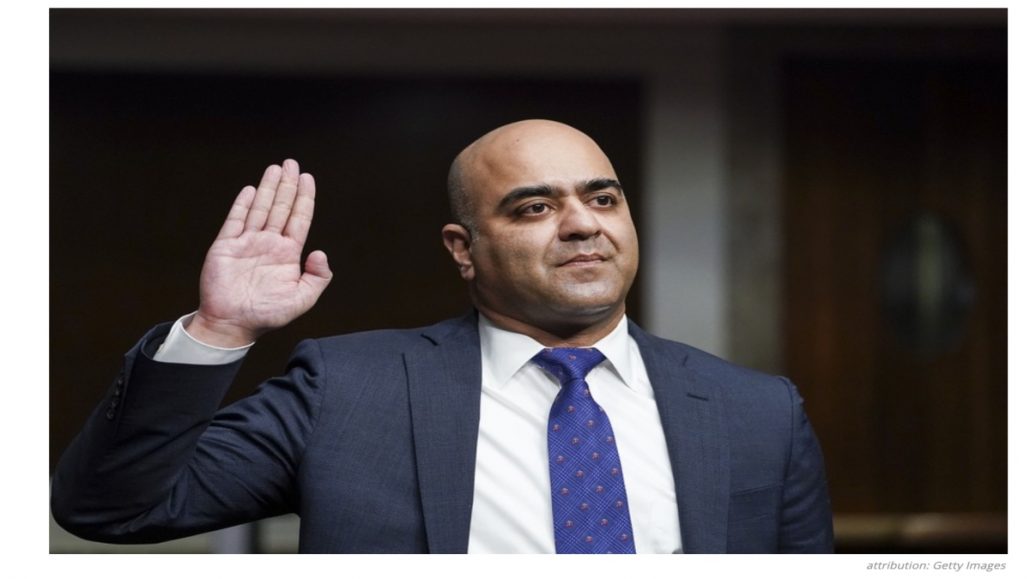 Funny Australian Man Talks About His Conversion to Islam