Diwakar M Sharma, an employee of Wilfrid Laurier University, published a post warning people against Muslims and incited them to boycott them in every walk of life. He showed a picture of a bearded man standing on the skulls of people. A few weeks later, in London, Ontario, 115 KM away from the university, a 20-year old Zionist supporter of the apartheid state of Israel put Sharma’s wish in reality. He deliberately drove his truck over a family on the footpath of the city and killed three Hijab-wearing Muslim Canadian women; a 44-year old bearded Muslim man left a nine-year-old seriously injured.

The victims included a 44-year-old woman who was about to complete her Ph.D.; a 15-year old girl excited to finish her high school, an elderly mother enjoying her grandchildren’s company; and a loving husband, father, and son who served his family responsibly.
The motive was clear, the rage was apparent, and the outcome was well planned. Murder those who are Muslims or look like Muslims. How did he know that his victims were Muslims? The hijab, beard, dress, and skin color all indicated to Nathaniel Veltman that they were not Christians or Jewish or atheists, or Hindus. They could have been Sikhs whose women dress like Muslim women and whose mean wear turban. But a look at the pictures that Islamophobes often display on their websites and a casual discussion in high schools on ethnicity, race, and religion in a multicultural community can quickly reveal the identity of anyone. The young man was Tangry at those who look like Muslims, wear hijab, sports a beard. He was not born to hate Muslims, but he learned to hate them.

Who taught him to hate Muslims. His schoolmates tell that his aggression and hatred against Muslims were evident in his interactions with them. One of them, commenting on a posting of Aslam Abdullah on Facebook, called him a terrorist and gave a clue of his ideas on Muslims. He deleted the comment later. If the police investigate his high school buddies, they can learn more about him and his motives.

One cannot ignore the social milieu in which such an unbelievable act of terrorism.

On November 30, 2020, the International Civil Liberties Monitoring Grou, the Islamic Social Services Association, and the Noor Cultural Center submitted a report on Islamophobia in Canada to the UN special rapporteur on Freedom of Religion or Belief. Its significant findings were:

Five major lobbies regularly contribute to the negative image of Islam and Muslims.

Muslims from different racial and ethnic backgrounds are not on a platform to defend themselves or explain their religion in an idiom understood quickly. They are still confused about the relationship between culture and faith, and they feel reluctant to join broader causes of justice.

The mass murder of the London Muslim family must make the community aware of the dangers it faces in a changing Canada. They have to realize that in a pluralistic society, they have to define themselves and tell their fellow citizens a narrative of Islam and their community that is accurate and realistic. So far, others have described them based on their religious and political interests. Unless they come forward and explain who they are as a faith-based community and how they would strengthen the Canadian society, others would continue to construct negative images of Muslims inciting young men like Nathaniel Veltman to play havoc with lives. 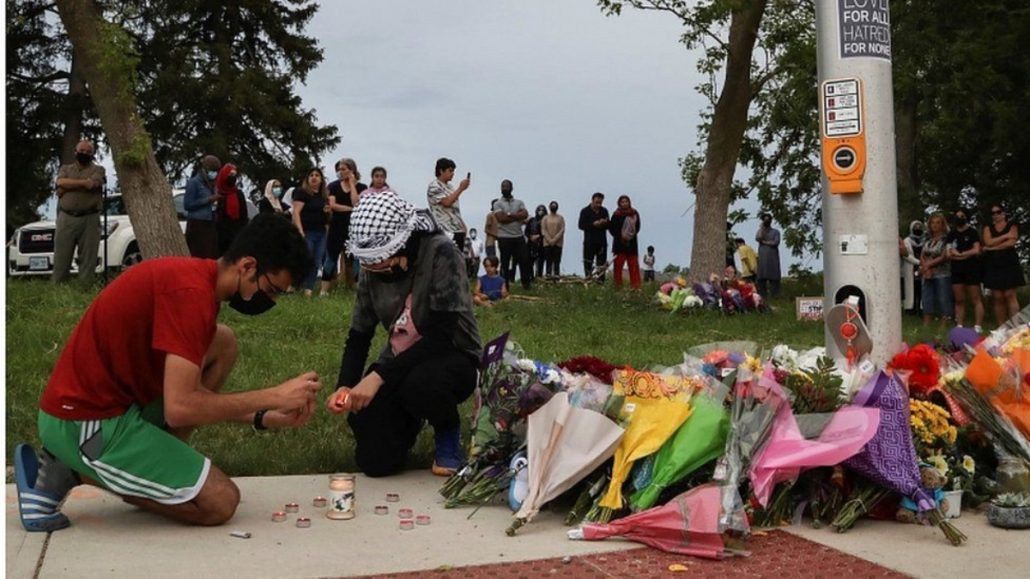 ‘A Country That Can’t Tell Its Terrorists From Its Journalists’

Houston Airport System: Passenger Totals Continue to Grow in First Half of 2011
Passenger totals from the first six months of 2011 are continuing a positive growth trend recently recorded at airports within…

Kerry: U.S. Will Reconsider Egypt Aid Based On Performance

Zahid Quraishi confirmed as first Muslim in U.S. history to serve as a federal...
Scroll to top