I’ve had enough of someone else’s propaganda. I’m for truth, no matter who tells it. I’m for justice, no matter who it is for or against. I’m a human being first and foremost, and as such I’m for whoever and whatever benefits humanity as a whole.” – Malcolm X

I just finished listening to the autobiography of Malcolm X (declared as one of the ten most groundbreaking books of the 20th century by TIME magazine) on Audible and could not resist writing about it. I have been fascinated by Malcolm X for a long time, particularly after watching his famous 1992 biopic by Spike Lee, starring Denzel Washington.  There’s also a  compelling docuseries on Netflix titled Who Killed Malcolm X, which details his life after his conversion to Orthodox Islam and then his untimely death, an awesome effort by intrepid citizen-sleuth Abdur-Rahman Muhammad. And don’t forget one of the best movies to come out in pandemic, “One Night in Miami”, on Amazon Prime, where Kingsley Ben-Adir stars as Malcolm X.

It would be an understatement to say that there has never been a Muslim leader of Malcolm’s caliber in the United States. He ultimately sacrificed his life for the cause of justice for all and in particular for African Americans. What a life! He was only 39 years old when he was assassinated on February 21, 1965 (56 years ago). Malcolm was raised by a single mother after his father was brutally murdered by white supremacists when he was a child, and he later had to witness her institutionalization.  His life changed from that of a bright student with promise to one of misery and mischief, which eventually led him to prison. But when, at the age of 26, he found the cause he could believe in and get behind, he cleaned up his life and joined the organization called the Nation of Islam.  He rose through the ranks and became the face of the organization because of his sheer work ethic, drive, intelligence and eloquence.

His speeches are well-known and could not be more powerful coming from a member of an oppressed minority.  Whether the majority of the Americans liked it or not, Malcolm X did not shy away from telling the truth. He delivered the bitter truth of the white supremacist mindset held by so many Americans at the time (and even now), a mindset that had even seeped into the Black community (as a type of self-hatred is imposed on all colonized peoples). He was reviled & demonized and was considered militant for speaking the truth to power.

After 12 years with the Nation of Islam, he discovered how deviant the organization and its leadership were from true Islamic teachings, so he left.  He chose his conscience, chose Islam as his religion and travelled to Mecca to perform Hajj, most likely one of the first African Americans to perform the pilgrimage.  While there’s proof that Malcolm first encountered the story of the Prophet (PBUH) more than a decade earlier and may have been re-evaluating the beliefs and practices of the Nation as early as his first trip to Mecca in 1959.  If you look at the timeline of his life, he was really a practicing Sunni Muslim in the public sphere for less than a year before he was assassinated.  His outlook on life, humanity and the world changed after he accepted Islam. But his determination to fight for his fellow African Americans never changed.

In his letter from Mecca to his wife and close friends, he wrote, “(But) in the Muslim World, when one accepts Islam and ceases to be white or Negro, Islam recognizes all men as Men because the people here in Arabia believe that God is One, they believe that all people are also One and that all our brothers and sisters is One Human Family.”

In his last few months on earth, Malcolm preached and worked on the basic precept of Islamic philosophy of the oneness of humanity. I wish that Malcolm had lived for a few more years after his pilgrimage. Just imagine, how his powerful eloquence with the new spiritual understanding would have introduced Islam to many Americans, particularly the youth. Allah’s Will was different. Our image of Malcolm X will always be that of a young, brilliant, strong man who was unapologetic about his identity. Malcolm represented such hope for Black America that revered actor Ossie Davis called him, in his eulogy, “our Black shining prince.”  Muslims in the U.S., from all ethnic backgrounds, would be wise to see him as our shining prince as well.  So, while Malcolm X is no longer with us, I wonder what it means to learn from and honor his legacy today.

As I think about Malcolm’s life and look at the current situation, I wonder about

The least we can do is to learn about his life and celebrate his legacy by joining his lifetime work of social and racial justice in America, and for that matter, human rights all over the world. 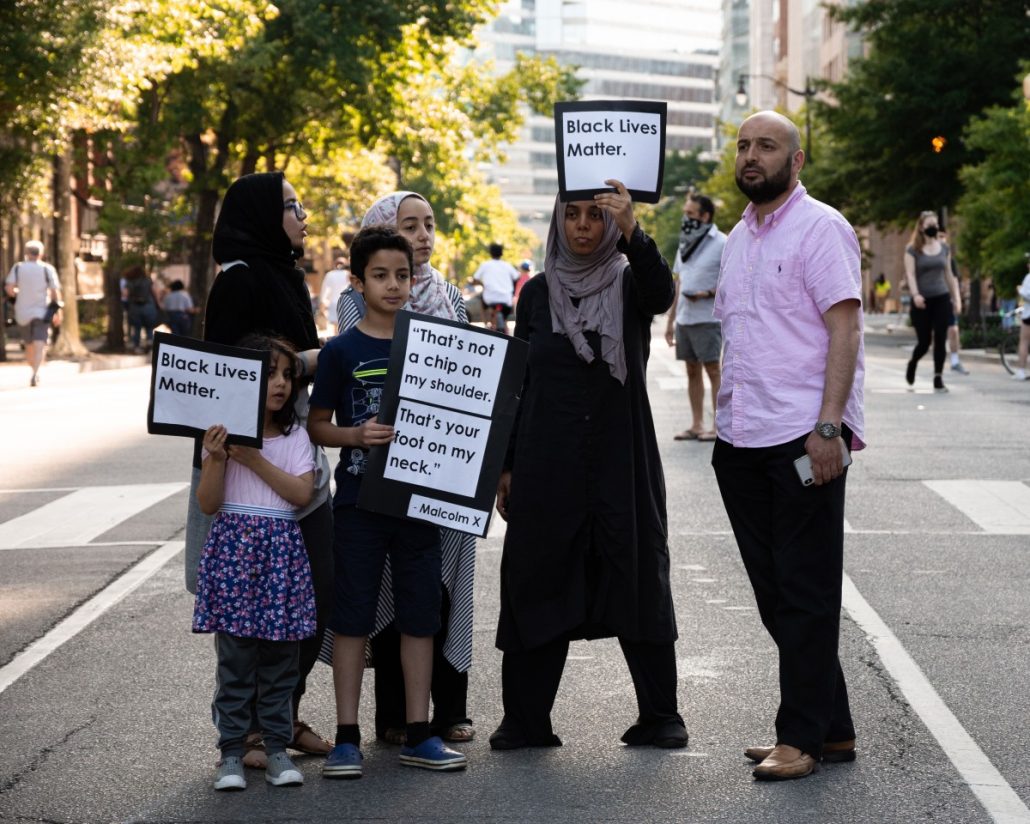 Muslim Spelling Bee
By Adil James, TMO Spelling Bees were made famous by the 2006 movie Aqeelah and the Bee, about a young…

Half a Million and Counting
Scroll to top