STANBUL (Reuters) – Clinging to calls for military action in Syria and wedded to his backing for Egyptâ€™s ousted Islamist president, Turkish Prime Minister Tayyip Erdogan cuts an increasingly lonely figure in a region whose future he still hopes to help shape.

Finding himself in what one adviser calls â€œworthy solitudeâ€, Erdogan risks alienating some important Gulf investors in Turkey as well as weakening his diplomatic clout with international powers and Egyptâ€™s new military-backed rulers.

Long feted by the West as a model democrat in the Muslim world, his influence had seemed to be rising when he backed the pro-democracy uprisings of the Arab Spring, particularly when fellow Islamists initially won power in Egypt and elsewhere in north Africa.

But his strident calls for intervention to help force Syrian President Bashar al-Assad from power have left him appearing sidelined after Washington and Moscow struck a deal this week averting U.S. strikes, at least for now.

His outspoken support for the Muslim Brotherhood of Egyptâ€™s deposed president Mohamed Mursi has left Turkey without full diplomatic relations with the Arab worldâ€™s most populous nation, and set it at odds with the Gulf Arab states whose investment has helped Turkey to prosper over the past decade.

Turkey already may be suffering economic damage, with exports to the Middle East down sharply and Abu Dhabi delaying a major investment project in the country. Beyond this, Ankaraâ€™s reduced ability to influence its neighbors makes it a less useful ally for Washington and other Western states seeking reliable partners in the turbulent Middle East.

Soner Cagaptay of the Washington Institute for Near East Policy said Turkish leaders had taken a risk by backing various branches of the Muslim Brotherhood, a pan-Arab Islamist movement with saw the success of Erdoganâ€™s AK Party as a political model.

â€œWhile Turkeyâ€™s foreign policy deserves credit for supporting democratic movements and the ouster of dictatorships … they banked all their money with one political party,â€ said Cagaptay.

The implosion of the Brotherhood in Egypt after the army removed Mursi in July riled Erdogan. This was not just because it reopened a debate on whether democracy and political Islam can co-exist – one he hoped had been laid to rest by the AK Partyâ€™s three successive election victories.

It also galled him because he saw parallels to his own experience in Turkey, where the secular military pressured an Islamist government from power in 1997 while he was mayor of Istanbul. The precursor to the AK Party, which he later founded and now dominates Turkish politics, was closed.

â€œThere is a very strong sense of identification with the Brotherhood which tends to shape Turkish policy,â€ said Sinan Ulgen, chairman of the Istanbul Center for Economics and Foreign Policy Studies, EDAM.

The AK Party and the Egyptian Brotherhoodâ€™s Freedom and Justice Party are both linked to political Islam, he noted. â€œThese are both parties – in Turkey successfully, in Egypt much less so – that have tried to navigate the difficulty of dealing with the political influence of the military.â€

Erdogan has called Mursiâ€™s removal an â€œunacceptable coupâ€, accusing Western nations of double standards by failing to do likewise while criticizing a police crackdown on weeks of anti-government demonstrations in Turkey over the summer.

Ankara recalled its ambassador from Cairo in August after a violent crackdown on Mursiâ€™s supporters. He returned this month but Egypt has said its envoy will not return to Ankara until Turkey stops its â€œinterferenceâ€.

Erdogan takes criticism of his foreign policy on the chin. â€œWe believe in a world not where the strong are right, but where the right are strong,â€ he said in a speech on Wednesday.

â€œWe donâ€™t have any intention to interfere in any other countryâ€™s domestic affairs. But we have shown a very clear and principled stance … against initiatives that have turned people we consider brothers into a state of oppression.â€

Foreign policy is unlikely to top the agenda when Turkish voters go to local, parliamentary and presidential elections over the next two years. However, the public is skeptical, with a majority opposing deeper involvement in the Syrian crisis.

When the Turkish leader visited the White House four months ago, he was determined to push President Barack Obama for more assertive action – in short, a military intervention which would weaken Assad to the point of forcing him from power.

Any strikes should not just be a â€œ24 hour hit-and-runâ€, Erdogan said late last month, citing the 11-week NATO bombing of Serbia in 1999 during the Kosovo war as a possible template.

But NATO member Turkey was left looking like a bit player after Russia and the United States agreed a plan under which Assad will escape the immediate threat of U.S. air strikes by placing his chemical weapons under international control.

â€œWith regard to Syria, they are out in the cold. Their calls for a comprehensive intervention have been sidelined,â€ said Faruk Logoglu, former Turkish ambassador to Washington and vice chairman of the main opposition Republican Peopleâ€™s Party.

â€œTo put it bluntly, Mr. Erdogan pursues a Sunni-dominated foreign policy … They were banking on the prevalence of the Muslim Brotherhood whether in Iraq, Egypt or Syria. It is a bankrupt policy,â€ he said.

Erdoganâ€™s government strongly denies any sectarian agenda in Syria or the wider region. His aides point to his cultivation of good relations with Assad for years before the conflict.

Syriaâ€™s Sunni Muslims and its Alawite sect, an offshoot of Shiâ€™ism to which Assad belongs, are not fixed blocs and Turkey does not see the crisis in sectarian terms, they argue.

â€œThe claim that Turkey is alone in the Middle East is not correct, but if this is a criticism then you have to say: this is a worthy solitude,â€ Ibrahim Kalin, one of Erdoganâ€™s top foreign policy advisers, said on his Twitter account last month.

â€œThere come moments in history when you are alone on the side of truth in an atmosphere where the world is silent to coups and massacres. You cannot give up on your values and principles just because your allies and other countries donâ€™t take your side,â€ he said in a subsequent newspaper interview.

â€œWhere I would criticize Turkish policy on Syria is the gap between its very heavy rhetoric, assertive, ambitious rhetoric … and its total inability to really shape the evolution of the crisis.â€

Erdoganâ€™s opposition to Assad should give him common cause with the Sunni-ruled Gulf Arab states. A year ago, a Pew survey of Arab public opinion found Erdogan to be the most popular leader, beating King Abdullah of Saudi Arabia who has special status as guardian of the holy city of Mecca.

But Erdoganâ€™s support for Mursi has created friction with Gulf states, which see Egypt as a strategic ally against any threat from non-Arab Iran and which celebrated the presidentâ€™s departure with palpable relief.

The U.S.-allied United Arab Emirates has never trusted the Brotherhood, which it has accused of plotting to undermine governments in the region and has banned.

There are signs of a trade impact from Turkeyâ€™s strained relations with an increasingly important export market and a growing source of portfolio investment in its capital markets.

Turkish exports to the Middle East fell by almost a third in July to $3.1 billion from a year earlier, Turkeyâ€™s statistics agency said.

Abu Dhabiâ€™s state-owned oil explorer and power supplier TAQA announced last month that it was delaying a $12 billion project to build several power plants in Turkey, a decision some saw as politically motivated.

â€œA growing sense of Turkeyâ€™s isolation in the region … risks the erosion of benefits from the enormous strides made over the past decade in terms of the development of trade and investment flows,â€ said Timothy Ash, an economist at Standard Bank in London.

â€œConsidering Turkeyâ€™s already strained relations with Iran, Syria, Iraq and Israel, the fear now is that this could have quite a detrimental impact on the Turkish economy.â€

New trade relations are developing, not least with northern Iraqâ€™s Kurds, with whom commerce is flourishing. Turkish truckers are shipping goods to Middle Eastern markets through the Israeli port of Haifa, an unlikely beneficiary, to bypass Syria, albeit on a small scale.

Erdogan should also not be counted out diplomatically. â€œTurkey is not alone in regional or global politics,â€ Kalin said in the newspaper interview. â€œTen years ago people were not even curious about what Turkey said. Today whether they support it or criticize, everyone is watching Turkeyâ€™s position.â€ 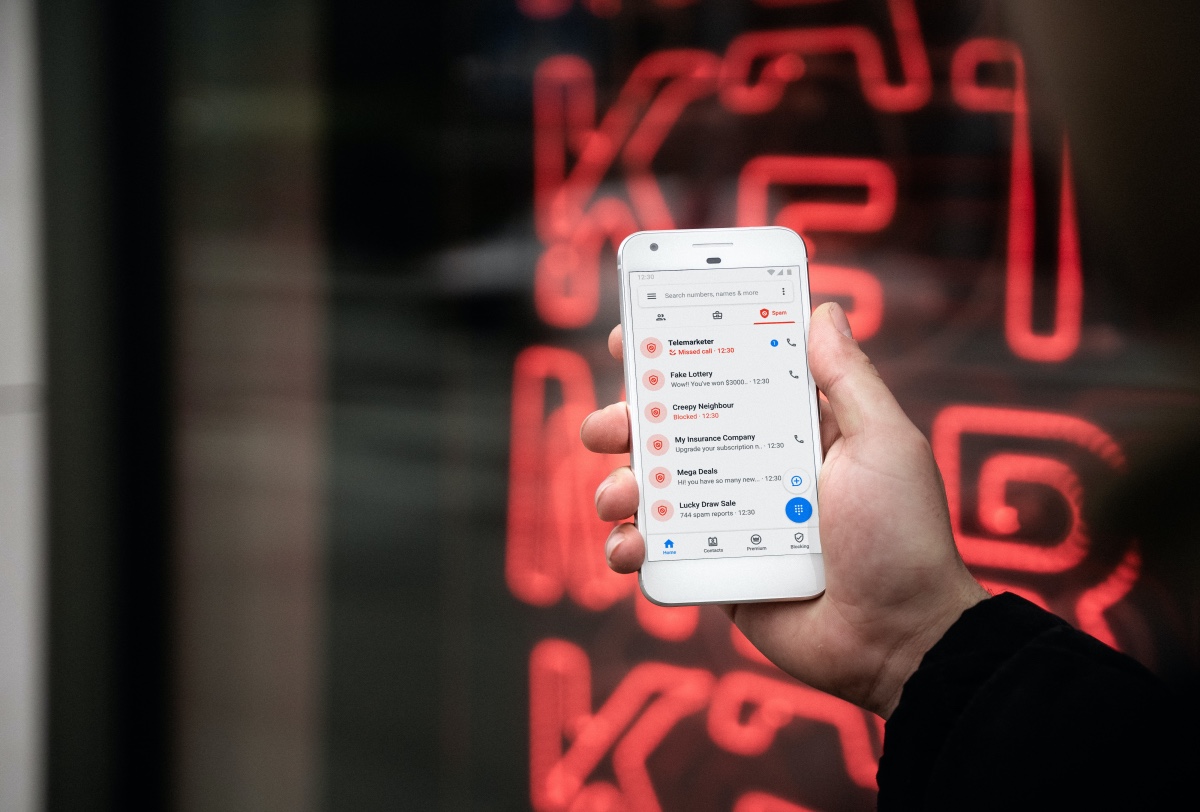 Op Ed: Nazi Germany and Hindutva India, A Fascist Road to Ethnic Purity
By Burhanulhaq Brula In the summer of 2019, Tabrez Ansari, a 24-year-old Muslim man in the Jharkhand state of India,…