We, at The Muslim Observer (TMO), held our 8th annual TMO Foundation Banquet Gala in Michigan on October 22.

The room was filled with positive energy and supporters of the organization. It was a spectacular night that emphasized the importance of creating a voice for the youth. With the current political climate, especially now, it is essential for us as Muslim leaders and organizers to bring a voice to our youth and community, this event allowed us to support one another in this effort and acknowledge those who are striving to achieve this goal.

Established in 1998, the Muslim Observer (TMO) aims to voice the opinions of and issues faced within and by the Muslim community. It is the nations oldest and first Muslim-run newspaper.

The TMO Foundation is a non-profit organization serving American Muslims through research, scholarships and journalism. One of the many initiatives that the foundation is coordinating is the Development Program, a mentorship based program that aims to assist aspiring journalists. Through the Development Program the TMO Foundation hopes to nurture and establish a base of Muslim journalists that will raise a voice in media and bring representation to the Muslim community. 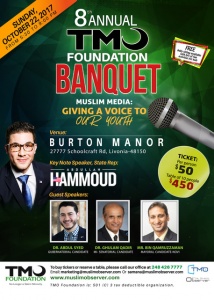 The 8th annual TMO Foundation Banquet Gala was held at the Burton Manor in Livonia, MI. The event began at 6 PM with a delightful dinner and social hour. Approximately 300 people were attendance, each familiar and supporters of TMO. The program began with some words by Editor-in-Chief Dr. Aslam Abdullah, who served as the Master of Ceremonies (MC). TMO’s Manager Javeria also addressed the crowd and introduced the paper’s staff and progress throughout the years.

This year’s TMO Foundation Banquet was dedicated to the importance of giving a vote to our youth and encouraging involvement in the media. Renown speakers who are currently running for office in Michigan emphasized this by speaking about the  importance of representation and involvement in both politics and social justice. Only through direct action and creating our own narratives are we able to voice not only ourselves but increase representation for our community. Guest speakers included: Gubernatorial Candidate Dr.Abdul El Sayed, Mayoral Candidate for Novi Bin Qamruzzaman, State Senatorial Candidate Dr.Ghulam Qadir, Sterling Heights City Council Candidate Michael Radtke and Congressional Candidates Fayrouz Saad and Haley Stevens. The speakers all took some time to go over a panel discussion with the audience as well. 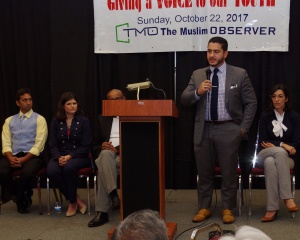 The keynote speaker of the event was State Representative Abdullah Hammoud. Hammoud passionately spoke about his inspirations to run for office and the effects the media has had on him and other candidates of minority backgrounds. He encouraged the audience to continue encouraging youth to become involved in journalism and media to create a new narrative without bias for the Muslim community. 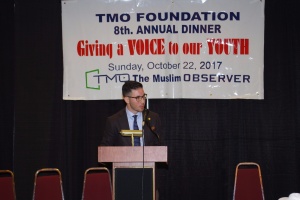 “It is an incumbent upon us to empower, encourage and support community pillars such as the Muslim Observer to continue forward with our vision of building a base of journalists that will in return be our voices in the media,” Hammoud said.

TMO Founder and Chief Executive Officer (CEO) Dr. Nakadar concluded the program by expressing his gratuity and thanking the audience for their support throughout TMO’s journey and progress in the community. He spoke about his aspirations for the paper and future of Muslim journalists. 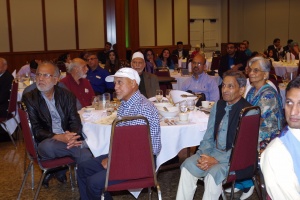 The dinner, which showcased local running candidates and how the media helped amplify their voices, was an overall success with the message of creating our own narrative and change resonating with the audience.

“With the power of the media, perceptions can change and hearts can turn,” Hammoud said.

Watch the video below to get a recap of the event:

Thank you all for joining us at the TMO Annual Banquet! If you were unable to attend this event here is what you missed out on! 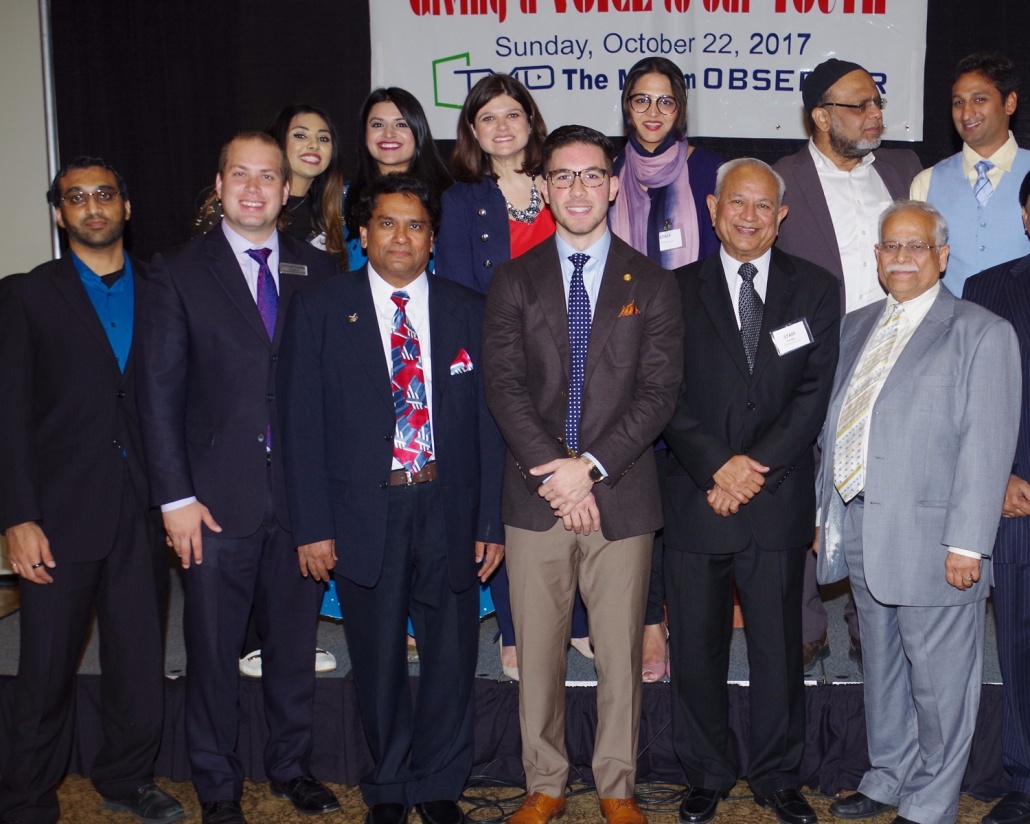 India’s prosperity hinges on Religious Freedom
by Dr. Mike Ghouse The Indian-Americans have a moral duty to prevent India from being labeled as a “Country of…