The most prominent Muslim thinker of our generation born in Egypt in 1928 was buried in Southern California on September 11, 2010 leaving a void that is impossible to fill by his contemporaries. Dr. Fathi Osman bid farewell to our mortal world around Fajr time in his home in Montrose, California on Saturday, Sept 11. The author of more than 50 books in Arabic and English left behind his wife and daughter, a huge Islamic library and an unprecedented legacy that will long be remembered by those who came in contact with him.

He was my mentor, guide, teacher, and almost like a father. I sat at his feet for almost 30 years to learn the Quran, history, hadith, contemporary Islamic thoughts, intellectual trends and above all the etiquettes to acquire and respect knowledge. I cannot recall a single day when he was not in my prayers. What an irony that I could not make to his funeral even though I drove from Las Vegas to Los Angeles as soon as I heard the news from Dr. Muzammil Siddiqi.

When Dr. Siddiqi called me, it was 11:30 in the morning and I was heading to the Federal Court House building to participate in a Peace Rally that Muslims of the state had organized in collaboration with interfaith leaders. I had the choice to leave instantly to attend the funeral at 3 PM or to do what would have pleased my teacher. I decided to follow the teacher in standing for peace and human dignity. I announced the information to those attending the peace rally and offered the funeral prayers together with interfaith leaders. What a way to pay tribute to a teacher who was present even among those who had never met him.

I met Dr. Fathi Osman in 1981 when I moved to London from Jeddah, Saudi Arabic  to join the newly launched Arabia, the Islamic World Review, a monthly English language magazine dedicated to Islamic issues. He was the chief editor and I was just a junior journalist. It was the first international Islamic magazine with its correspondents and writers from all over the world including Hussain Haqqani, now the ambassador of Pakistan in Washington, Alija Izzetbegovic, the deceased president of independent Bosnia, Dr. Muhammad Asad, the translator of the Quran, Dr. Mumtaz Ahmed, now the head of International Iqbal institute of Learning and Dialogue in Islamabad and Anwar Ibrahim the one time deputy prime minister of Malaysia. Arabia had a circulation in almost 120 countries of the world and it is perhaps the only Muslim magazine that was repeatedly banned in at least 38 Muslim countries for speaking the truth.

In the next 30 years, we would cross our paths several times even though Arabia was closed down in 1987. He invited me to join the Minaret magazine in Los Angeles in 1989 and in 2008 we both spent some six months in Pakistan on different occasions working on a project that focused on emerging Islamic thoughts in the world. During these years, we traveled together in England, Scotland and Wales as well as India and Pakistan as well as Malaysia and Indonesia. During these years, I worked with him on several of his books.

I still cherish the copies of his autographed books including the Concepts of the Quran, a  unique book in Quranic literature.

Dr. Fathi Osman was a pioneer Muslim thinker in many branches of Islamic thoughts. His major focus in his last days was to highlight the distinction between the permanent and temporary in the divine message. He has almost completed this work. It would certainly be a revolutionary book in Islamic intellectual history and game changer. He is one of the few modern Islamic scholars who have passionately elaborated and explained the Quranic concepts of human dignity, peace, pluralism, democracy, freedom of expression, gender equality, interfaith cooperation and social change in an authentic manner collaborated with the Quran and sunnah of the Prophet. He is a modernist with deep respect for traditionalism and he is a traditionalist with a forward looking progressive thinking.

He is the first Muslim thinker in the last three centuries who advocated a jurisprudence dedicated to Muslim minorities. He was of the opinion that Muslims have lagged behind in making full use of the methodology of modern social sciences, thus, creating an intellectual gap between Islamic ideas and ideals and the modern concepts such as democracy, pluralism and human dignity.

Dr. Osman was a hafiz (one who memorizes the Qura) and well versed in hadith literature, Islamic history, Islamic law and Muslim’s intellectual trends. He taught in universities in different parts of the world including Algeria, Morroco, England, USA, Saudi Arabia, and Egypt. His students include journalists, professors, social activists, politicians and rulers. For the last 15 years he was associated with the Omar bin Khattab Academy in Los Angeles and prior to that he was with the Islamic Center of Southern California. In his early academic career, he was an assistant editor of a magazine that was edited by Syed Qutb, a prominent commentator of the Quran.

Dr. Osman was a pious man who never missed a single prayer even in his days of serious illness. He was always ready to share his knowledge regardless of his health conditions. While in India in 1983, he would address three or four meetings a day to people ranging from young college students to Islamic movement workers in places far off from big cities. He spent some two weeks in the Indian side of Kashmir during that visit and never objected to traveling to small villages even if he had to walk for miles.

He was always cheerful, always optimistic and always patient in all kinds of adversities. In the thirty years that I spent with him, I never found him talking ill about anyone including even those who apparently hurt him. I remember an incident where what was owed to him by someone was not given. It was a big amount of money that was due to him. Yet he never said a single word about the person who had deceived him. His character was exemplary. I never found him angry or upset. But he was concerned about the quality of Muslim leadership. He was of the opinion that a leader ought to be a sincere and serious thinker besides being an activist. Leadership, he would always say, demands certain specific characteristics with knowledge and sincerity at the top. By knowledge he did not mean only the religious, but modern social and scientific as well.

He was always careful not to listen to those who would criticize others. I distinctly remember that he never encouraged me to say a negative word against others  even those who he knew were hurting him. He would always advice me to remember that ultimate justice would be delivered on the day of judgment. He advised me to be respectful to those who are your adversaries and to be magnanimous to those who hurt you.

Seek guidance of Allah with patience and prayer was his motto. His simplicity, sincerity and commitment to Islam resembled that of many companions of the Prophet. I never found him saying anything that resembled expediency or diplomacy. He was a straight forward man. He would always speak the truth regardless of the consequences. However, he never hurt anyone, not even those who called him names. He was always respectful to others even to those officers who would detain him at the airport for hours and question him for his ideas.

He led a simple life. In a small apartment, he lived the last 20 years of his life. Even at the age of 82, he would spend hours in studying new books and thesis. Perhaps there is not a social science subject that is not represented in his library. In his house, you would only find books and magazines and manuscripts in his home. The furniture that he bought in 1990 is still there and the chair that would always sit to study is still there but empty. He was well supported by his wife Aida Osman, an educationist by profession and daughter Ghada Osman, a scholar of early Arabic literature, who were involved in his every intellectual endeavor. They too lived a simple life without demanding anything.

It is a harsh reality of our culture that unless a scholar belongs to a particular school of thought or a particular political or ideological group, he or she is not given recognition and acknowledgment for their intellectual work in his life time. Partisan prejudices has become so rampant in our style of work that independent scholarship is often rejected regardless of its value. people usually promote "their" scholars, "their" writers and "their" leaders as if Islam is a business enterprise. Even though Dr. Osman’s work on contemporary Islamic issues is a masterpiece, yet most Muslim intellectuals in America have not even heard of this work.

For instance, Abdullah Yusuf Ali, the world famous translator of the Quran in English died and buried as an anonymous in London. He lived in London amidst Muslims for several years as almost a stranger. He was recognized by a priest in a London hospital who informed Pakistan high commissioner for the plight of this noble scholar of Islam. However, two generations later, his became the most widely read translation. Dr. Hameedullah Siddigi left the world quietly and now the Muslim community has begun to recognize his scholarship.

What Dr. Osman taught and wrote would also one day be recognized by the generations to come and then those of his generation or our generation would say, how come we failed to see his scholarship in our time. Dr. Osman is a scholar whose work would benefit those who, in in the word of Muhammad Iqbal, are working on reconstructing Islamic thoughts. Dr. Fathi Osman, though his writings, has certainly, ignited the spark that is necessary for the renaissance of Muslims. He would live in the social changes that Muslims would go through this century not only in America but all over the world. May Allah rest his soul in peace and give us the inspiration to respect the legacy that he has left behind.

Dr. Fathi Osman was also an adviser to the Muslim Observer. 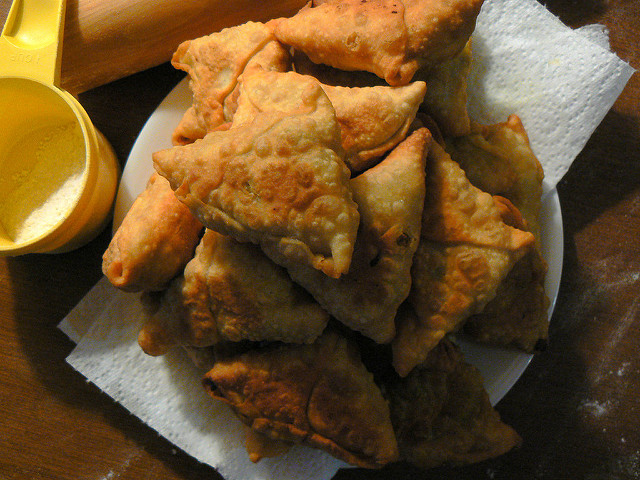 Gulf people ashamed by refugees response
OnIslam & News Agencies DUBAI — As thousands of refugees try their luck in the sea to flee to Europe,…

A Forum on the Plight of Palestinians