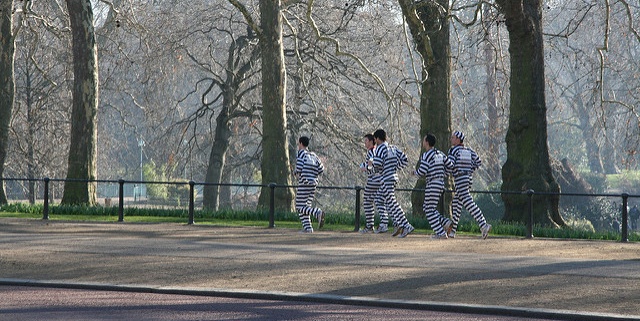 And tell him that the tests we get are heaven-sent.”

It was a long time before Native Deen came around that the legacy of Islam had already made it into hip-hop. As a collective shout by an ever-more incarcerated black population during the late twentieth century and early twenty-first, hip-hop became an avenue of expression that was central to the identity of African-Americans growing up on the streets and languishing in jail cells. The words and message of Prophet Muhammad (peace be upon him) augmented that and served the black people as a spiritual support to rely on in the cold, lonely depths of prison.

Surprisingly enough, 15% of the inmate population in the United States identifies as Muslim, 350k whose struggle goes mostly unheard. The story of Adnan Syed, a Serial fame, is shared by hundreds of thousands of others, their time in prison coming as a result of an unfortunate combination of factors: drug-ridden communities, gang violence, and failing educational systems. It is widely believed that Islam is the fastest growing religion within prisons—and a very familiar Islam too—Muslim chaplains are required to minister according to the Sunni stream of Islam, according to the head chaplain of the Ohio Department of Rehabilitation and Corrections. It’s not news either that America has an infamous rap sheet for shepherding its citizens behind bars—we have the highest incarceration rate of any country in the Organization for Economic Cooperation and Development (OECD) and is four times higher than the world average.

The history of incarceration in the United States is a brutally tragic one. Prison time and incarceration rates both shot up as a result of new drug laws passed during the Nixon administration. But the eve of the War on Drugs wasn’t brought forth because of any right-minded desire for justice. In the words of John Ehrlichman, counsel and Assistant to the President for Domestic Affairs under Nixon:

“The Nixon campaign in 1968, and the Nixon White House after that, had two enemies: the antiwar left and black people. […]  We knew we couldn’t make it illegal to be either against the war or black, but by getting the public to associate the hippies with marijuana and blacks with heroin, and then criminalizing both heavily, we could disrupt those communities. We could arrest their leaders, raid their homes, break up their meetings, and vilify them night after night on the evening news. Did we know we were lying about the drugs? Of course we did.”

Of course, the Vietnam war ended and Nixon signed himself out of office, but the War on Drugs he left behind became a very convenient political tool—one that today serves to polish political officials’ resumes with a “Tough on Crime” stamp and earn them big bucks from contracts with private companies. Nowadays, the prison-industrial complex has become a behemoth that perpetuates itself upon the shoulders, sweat and tears of the incarcerated and their families, earning $1.7 billion in 2011. According to a new policy report released by the White House Council of Economic Advisers (CEA), violent and property crime rates have fallen 39 and 52 percent, respectively, from 1980 to 2014. Despite this, incarceration has increased by more than 220 percent between 1980 and 2014. Longer sentences and higher conviction rates all mean more money for private prison companies—and the tragedy is that poorer prison conditions, such as the removal of in-person visitations for prisoners, and an emphasis on punishment instead of rehabilitation increases rates of recidivism (the likelihood that a released inmate will return back to jail). All of this creates a vicious cycle that feeds the “belly of the beast” with the lives of, yes, our brothers.

Let us end with this: we have to come to terms with the fact that part racism and part negligence have created a blind spot in our collective view. There is an entire segment of Muslims we have completely excluded from our dinner-table conversations, our sermons, our articles, and our social media banners. America’s prison problem is our problem, not only because it is our duty as Muslims to oppose injustice, but because “the believers in their mutual kindness, compassion and sympathy are just like one body.” Our wrists and ankles are being shackled under the oppression of corporate greed and political convenience. It is our duty to stand up and fight it.

Institute for Social Policy and Understanding. (2013). Facts and Fictions About Islam in Prison. ISPU. 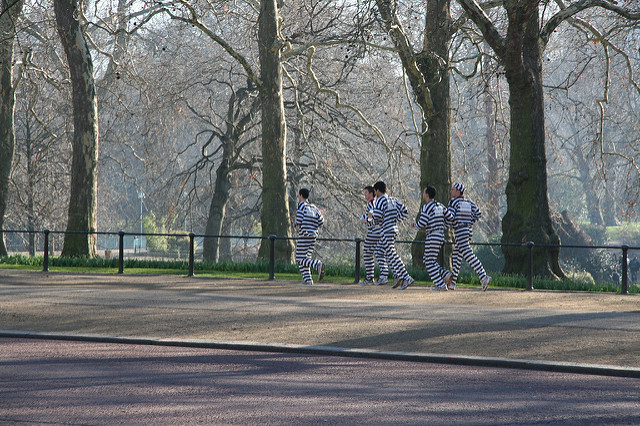 Sterling Heights mosque: opportunity to grow in faith and community

A Muslim Initiative to Deal with the Current Economic Crisis
By Dr. Aslam Abdullah, TMO Editor-in-Chief The ever worsening financial crisis has hit hard the nation, Muslims included. In January…

© 2020 MuslimObserver.com, All Rights Reserved
The human toll of drone warfare