It was a sensational revelation yet, it could not generate enough discussion even among those who were directly affected by the disclosure. Facebook has acknowledged receiving advertisement money from Russian interest groups for posts announcing anti-Muslim rallies in Idaho in 2016.

The revelation was seen as yet another proof of the Russian meddling in US elections. However, a few bothered to delve deep into the Russian instigated Islamophobia in the US and Western World. A cursory look at the background of known Islamophobes indicates a Russian hand directly or indirectly in anti-Islam rhetoric especially in the US.

The Idaho anti-Muslim rally became a springboard of similar rallies across the country. But, the Idaho rally is not the only event planted by Russian interest groups. Several other US groups and individuals have been promoting the Kremlin agenda in the US for years.

One of them is Lt. Gen Michael Flynn, the former national security advisor. He was in close contact with the Russian government officials and his stance on Islam is not hidden from the general public.

He called Islam a “vicious cancer inside the body of 1.7 billion people” that has to be “excised”.

Flynn also falsely claimed, in a speech in August 2016, that Florida Democrats voted to impose Islamic Shariah law at the state and local level. This claim which was first made by religious right groups, who were also in the forefront of the anti Muslim rallies in August 2016, proved nothing .

Flynn was and is still a favorite of religious right groups, where he is celebrated as an expert on Islam.

In recent years, the relationship between America’s religious right and the Russian Orthodox Church have seen a significant rise.  Franklin Graham, a hugely influential evangelical preacher, who prayed at Mr Trump’s inauguration, declared in his Facebook posting the following:

The media and enemies of President Trump have tried to drive a wedge between Russia and the United States. Our country needs Russia as an ally in the fight against Islamic terrorism. Join me in praying for President Trump and for President Vladimir Putin as they have this very strategic meeting.

Graham even met the Russian President during a visit to Russia in 2015, where he reportedly said. “Pray for the President of Russia, [who] defends traditional Christianity.”

Graham, who supported the 2003 invasion of Iraq, referred to Islam as “a very evil and wicked religion.” He also said “true Islam cannot be practiced in this country,” in conversation with CNN’s Campbell Brown in December 2009. “You can’t beat your wife. You cannot murder your children if you think they’ve committed adultery or something like that, which they do practice in these other countries.”

Graham was also the organizer of a conference in Washington DC on the global persecution of Christians in May, that brought together senior figures from Russia and America. Metropolitan Hilarion Alfeyev, head of the external relations arm of the Russian Orthodox Church, had a cordial meeting with Vice President Mike Pence, a religious conservative who was raised Catholic but later became evangelical.

Alfeyev called the conversation optimistic about Russo-American ties. In their speeches to the conference, both Pence and the Russian prelate said Christians in the Middle East were suffering genocide.

Putin and the Orthodox Church have developed a codependent strategy that benefits both parties. The Russian president often grants the Church privileges not afforded to other faith groups to help him win domestic debates. Recently, the Kremlin funded a Church controlled spiritual center in Paris.

There are enough Russians in the US for the Kremlin to find support for its programs. The Russian Orthodox Church followers in America are said to be in large numbers. The Russian American population is estimated at approximately 2.9 million people. They are the second largest ethnic group representing 10.3% (2.9 Million people) of the total foreign-born population of 28.4 million. The leading ethnic group is Mexicans that represent 28% or 7.8 million of all US foreign-born population.

It is not a farfetched idea that the Kremlin is working through its sources in the Orthodox Church to win support for its agenda in the US. Islam is perceived as a state enemy by many former KGB and Russian politicians who witnessed the worst humiliating defeat of their country at the hands of Muslim Afghanistan.  The Russians have not forgotten their ordeal in Afghanistan, that in their view was the graveyard of their empire and superpower status. In their view, a conflict between the West and Islam would pave the way for their leadership in Europe and America, and to achieve this goal they are enlisting the support of the evangelical groups in the US.

The growing relationship between Putin, the Orthodox Church and the religious right groups in America clearly indicate that the Kremlin is eager to support anti-Islam groups in the US and Europe to ensure its own agenda is secured. The Facebook revelation is just the beginning. In months to come, we may learn more about the Russian involvement in anti-Muslim propaganda world wide. 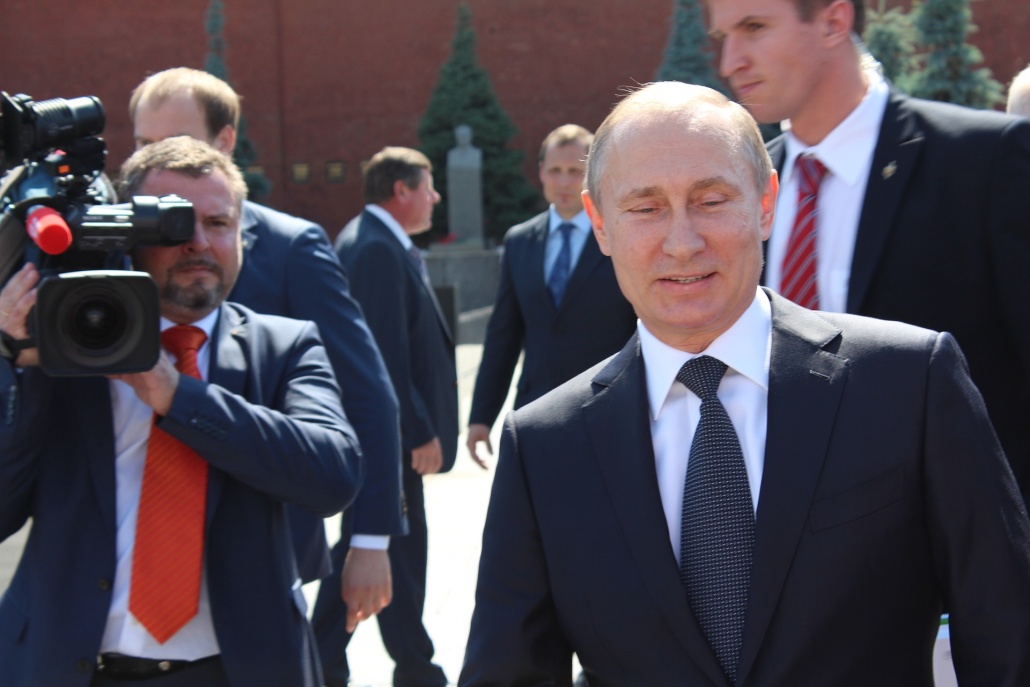 Many Guantanamo Cases Referred to US Prosecutors

© 2020 MuslimObserver.com, All Rights Reserved
Muslims at the Forefront of Relief Work