After two Michigan Republican officials from the Wayne County Board of Canvassers claimed they were doxxed and threatened following a meeting regarding the certification of local elections, a Wayne State University vice president and local Muslim state representative found themselves subject to violent attacks online. Board chair Monica Palmer and member William Hartmann falsely alleged that Democratic Rep. Abraham Aiyash and Ned Staebler, a Wayne State vice president, threatened them online, resulting in the two being victim to not only doxxing but online harassment, BridgeDetroit reported.

“I was in shock. I didn’t even know what doxxing meant,” Aiyash told BridgeDetroit. Doxxing refers to private information being shared on digital platforms with the intent of harming individuals. Not only was Aiyash’s history of employment shared online, but so was his credit report, Social Security number, and even the type of car he drives. According to the newly elected Yemeni-Muslim official, Palmer’s accusations led to more than 1,000 threatening calls and messages using language like ‘‘You’re gonna pay,’ ‘Muslim pig,’ ‘Terrorist,’ ‘Go back to your country,’ and ‘We’re watching you.’”

Threats were not only directed at Aiyash, but his family members as well. A “DemDox” flyer featured a photo of him and one of his sisters, encouraging people to “hang him,” and included his address. Another threatening message invoked the upcoming winter season. “Winter is coming. Roads are icy. You better get your brakes checked. Brakes develop problems in icy conditions especially when you harass people that you should not.”

These horrific Islamophobic comments are a result of lies told by Republicans following their inability to understand the change this past election has brought. After Palmer and Hartmann claimed they would certify the votes in all of Wayne County except Detroit, residents in both Detroit and the county accused the GOP of racism. Like Trump, these individuals refused to acknowledge the votes cast because they were not in their party’s favor.

“It’s no secret that Detroit is the Blackest city in the United States of America,” Aiyash told BridgeDetroit. “These things are not accidents, they’re not coincidences: They were clear and deliberate attempts to disenfranchise and steal the voice of so many Detroiters by denying them the right to have their vote counted and certified in the election.”

Aiyash also made a public comment on the issue of Palmer’s bias, which is what initially led to the claims that he threatened her and her family. “You, Ms. Monica Palmer of Grosse Pointe Woods, which has a history of racism, are deciding to enable and continue to perpetuate the racist history of this country,” Aiyash said at the certification meeting. “And I want you to think about what that means for your kids, who probably go to Grosse Pointe North, and when they see all their Black classmates and they know that their mother, or their grandmother, their aunt, decided to say … ‘I’m going to be comfortable sleeping at night knowing that I silenced the votes of so many people.’”

You can see one such attack—flagged as “manipulated media” by Twitter—below.

While Aiyash’s comment was in no way a threat to Palmer and her family, right-wing fanatics exaggerated and twisted the statement into a shortened version shared on Twitter. The clip was shared by Fox News alum Kyle Becker, in a tweet which he captioned: “WATCH as Democrat State Rep-Elect Abraham Aiyash threatens the children of Wayne County Board of Canvassers member Monica Palmer.”

Becker’s tweet, which was marked “manipulated media,” went viral on Twitter and was even retweeted by Trump. Since then, Aiyash has received threats.

“The fact is I wasn’t aware whether or not she had children or how many children she had, whether she was a grandmother, an aunt,” Aiyash said. “It was just an appeal to think about the next generation. I would never ever encourage or condone the threatening of any person or children.”

But Aiyash isn’t the only one who has faced violence due to Palmer’s lies. In an interview with Fox News host Laura Ingraham, Palmer also accused Staebler of consistently harassing her. She claimed that Staebler also posted her contact information online, and “encouraged people to stop by” her house. “Much like the state rep., I have been subjected to thousands of unwanted contacts via email, text message, phone and U.S. mail from people who have threatened me and my family in one way or another,” Staebler said.

Like Aiyash, Staebler faced threats of violence by bigoted individuals for calling out Palmer and other GOP officials for perpetuating racism. Despite Staebler’s attorneys reaching out to the news outlet to address and deny Palmer’s accusations, the story was not retracted; instead, Ingraham posted a short clip five days after Palmer’s appearance, claiming that Staebler denied the allegations and Fox News was “unable to corroborate” them.

“When I called her out on her racism, she said that was a threat,” Staebler told BridgeDetroit. “That’s not a threat. It’s just a fact.” He added that he did not encourage anyone to visit her home, nor does he have access to any of her personal information.

But now, despite these Republican lies coming to the surface, the damage is done and both Staebler and Aiyash are facing the violence Palmer has inspired. Fearing for his family, Aiyash has had to hire private security and report threats to the state attorney general’s office. While it is unclear if the threats against Staebler and Aiyash are being investigated, Attorney General Dana Nessel’s office confirmed to BridgeDetroit that investigations on threats made against members of the Wayne County Board of Canvassers are ongoing.

Unfortunately, despite reaching out to a number of Democratic leaders, the newly elected Muslim leader has felt little to no support as some leaders dismiss his claims, telling him to “let it pass by.” While threats to politicians are common, threats on the basis of one’s identity and to their family members should not be taken lightly.

Aiyash added that the support he did receive came from other officials of color, including U.S. Rep. Rashida Tlaib, and members of grassroots organizations who understand the severity of Islamophobia. “Rashida gave me advice because she’s unfortunately been in the center of smear campaigns and Islamophobia, but unfortunately I’m being accused of threatening and inciting violence towards a white woman—and it’s not true,” Aiyash said. He added that the accusation is a clear attempt to distract individuals from the GOP’s effort to silence Detroit voters. “I am here to advocate and organize on behalf of my community. I would do it 20 times over to protect the will of the people,” he said. 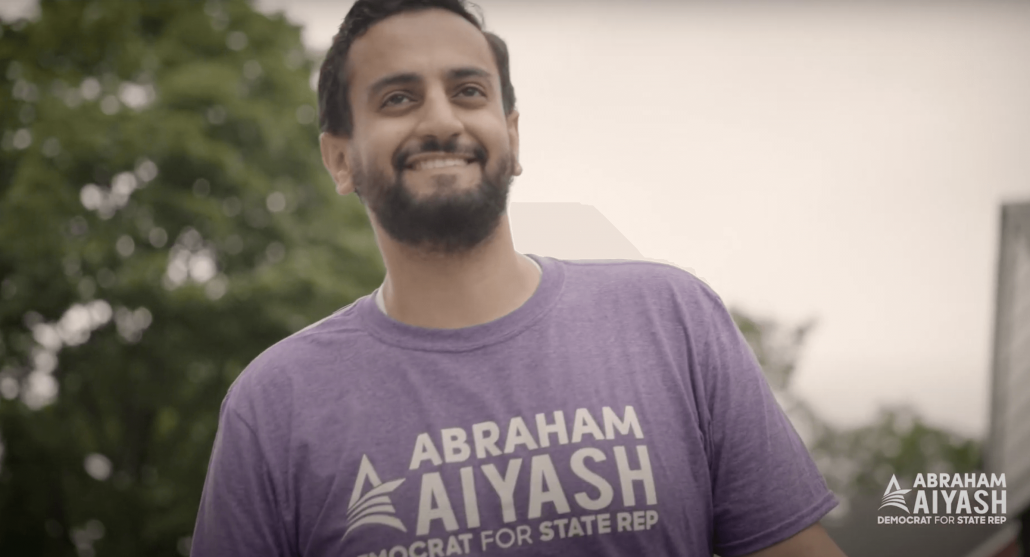 ‘I am the bananas’: micro-financier pens book

Spreading Godâ€™s Word Is His Mission

Let Allah “See” for Us