While I’m staring blankly at an angry crowd, people continue to raise their voices some screaming, “We need Gun Control!” Others shouting, “Safety needs to be ensured for our children!”

On Saturday March 24th, the March for our lives protest occurred in Detroit, MI. The local community gathered to show support for background checks on people who carry guns. Also, ensuring certain areas such as a classroom should be off limits to anyone who is legally carrying a gun. People want stricter violations on areas that could potentially hurt others and children.

This escalated from the massacre that happened at South Florida high school.

Over 800 protests were scheduled through every state in the United States. Also, every continent across the world had protests scheduled to support stricter laws on guns.

The protest in Michigan was held at the Detroit River Walk to Hart Plaza and finished near the back of the Renaissance Center.

One of the organizers of this protest is Emily Gonzalez. She’s a 14-year-old student that attends Lincoln Park High School.

“Arms are for hugs not for guns, and we want to have our voices heard in the politics that this is a problem and this needs to be fixed,” Gonzalez said.

The protests across the nation were a success the White House responded to all of the demonstrations in a statement.

“We applaud the many courageous young Americans exercising their First Amendment rights today,” it read.

School safety will be ensured by the United States to stop violence from predators with guns hunting innocent victims. Although, this bill includes some background checks on gun-control it’s the first step to taking control of the situation. 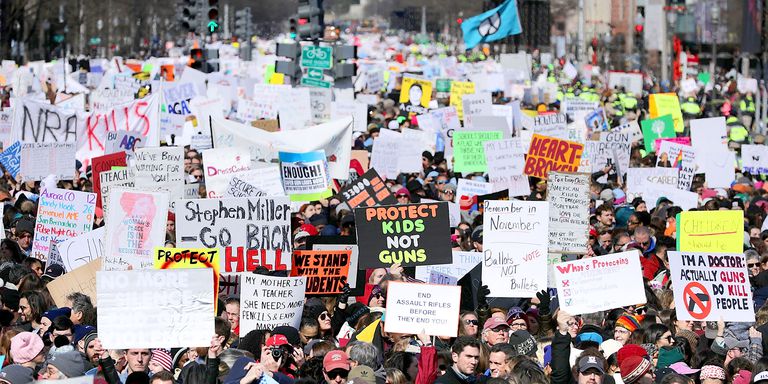 The Fox Guarding the Chicken Coop

Baroness Warsi Brightens up 10 Downing Street
Speaks of the â€œhumblingâ€ moment as she took her seat at the Governmentâ€™s top table. The Daily Telegraph, UK LONDON…

‘Punish a Muslim Day’: Standing Together in the Face of Islamophobia
Scroll to top