CHICAGO – Muslims from across North America streamed into Chicago’s Donald E. Stephens Convention Center on Friday to attend the opening day of the Islamic Society of North America (ISNA) 52nd Annual Convention, the largest gathering of its kind on the continent.

“This convention creates a certain type of excitement,” said ISNA Secretary General Hazem Bata at the opening press conference. “This is a convention by Muslims but it is for everyone. This is not just a Muslim event but this is an American event.”

“It is also a Chicago event and Chicago does not disappoint,” he added. “While our focus remains Muslims in America we’ve some prominent sessions on international issues.”

Azeez welcomed the delegates during a passionate Friday sermon and during the inaugural plenary session.

“The theme of this convention is inspired from the verse of the Qur’an in Surah Yusuf, “We do relate unto thee the most beautiful of stories (Qur’an 12:3)’,” Azeez told the Friday prayer gathering. “This is what this convention is about – stories of American Muslims, stories of resilience.”

“Seventy thousand Muslims are serving as doctors, nurses and healthcare professionals in America and saving lives every day,” he said. “This is what we must share with America.”

“The greatest athlete of this nation was Muhammad Ali,” Azeez noted. “This is what we must share with America, and the stories of many others who are contributing to the growth and prosperity of this nation.”

Following the Friday prayer, the well-known American leader, Imam Zaid Shakir led the gathering in an inspiring and emotional supplication for the Syrian refugees.

Government and interfaith leaders, as well as heads of organizations brought greetings and well wishes for a successful gathering during the inaugural session.

The Turkish Ambassador to America read a special message from President Recep Tayyip Erdogan to the convention and Chicago Mayor Rahm Emanuel sent a welcome message.

Going beyond the headlines was the topic of an engaging evening session as panelists looked at how to deal with the overwhelming news coverage and constant stream of social media information about Muslims.

“While we see and hear from Muslim newsmakers, we rarely have the opportunity to hear their insights about those news stories, what they wanted to express beyond the sound bytes and especially their personal experiences being thrust into the spotlight,” noted ISNA organizers about the session.

“What resonates with people is your values,” said Linda Sarsour, director of the Arab American Association of New York.

”I use my opportunities to talk about things that resonate with people.

Sarsour has been featured in local, national, and international media speaking on topics ranging from women’s issues, Islam, domestic policy and political discussions on the Middle East conflict.
“I’ve been able to bring the truth of my community to the public,” added Sarsour.

“People want to know that Islam is a faith of justice.”

At a later Friday session, ISNA officials and a distinguished group of American Islamic scholars launched a statement calling for inclusive, women-friendly mosques across North America.

“I want to welcome you to this celebration,” Dr. Ihsan Bagby of ISNA’s Task Force for Women-Friendly Masjids told the audience at the unveiling of the statement. “This is a historic step, this is a historic gathering.”

“You need to take this statement to your masjid,” Bagby advised the gathering. “Let us see change.”

The statement calls for women to have a prayer space in the main musalla (prayer hall) which is behind the lines of men but not behind a full barrier that disconnects women from the main musalla and prevents them from seeing the imam.

The statement recommends that women actively participate in the decision-making process of the masjid, best realized by having women on the governing bodies of masajid.

The convention will continue throughout the weekend is packed with plenary sessions to be addressed by prominent Muslim speakers and includes workshops on a variety of topics.
The Donald E. Stephens Convention Center is located in Rosemont, Illinois, a suburb of Chicago.

The Muslim community, estimated at over 400,000 in the greater Chicago area, is one of the most diverse in the country and has been integral to the success of the ISNA conventions.

According to the Council of Islamic Organizations of Greater Chicago (CIOGC), “The Council has been an indispensable partner with ISNA in organizing and managing the conventions, particularly the many conventions held in Chicago during the 1990s. In recent years, the ISNA annual convention has become one of the world’s largest gatherings of Muslims, attended by approximately 50,000 people.” 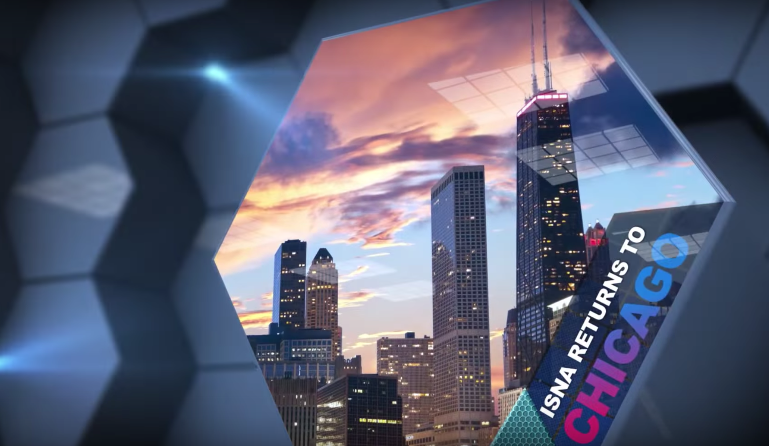 Text of Obama’s fatherhood speech
Here is the text (released by his campaign) of the Father's Day speech by Sen. Obama (D-IL) to the Apostolic…