On August 29 members of the Council of Islamic Organizations of Greater Chicago, which is a federation of organizations that represent over 400,000 Muslims, Inner City Muslim Action Network Chicago Muslims and Arab American groups joined a historic march organized by The Chicago Alliance Against Racist and Political Repression. The march called for city council to pass a law to establish civilian oversight of the Chicago Police Department. The march began at Chicago’s Federal Building and ended with a rally at City Hall with speeches and breakout sessions led by local activists including Black Youth Project 100, Fight 4 $15, and We Charge Genocide. Hind Makki said, “We started out with 400 people, at least 100 were Muslim. As we walked, the crowd swelled to roughly 1,000 people.” Another participant, Anjum Ali, said that about a quarter of the participants were Muslim.

Churches, temples, and labor unions joined the multi-ethnic march. Live tweets and pictures utilizing the hashtags #ChiRisingAug29 and #StopPoliceCrimes affirmed the visible Muslim presence during the march, die ins and rally. The march represented a major shift in mainstream Muslim engagement with social justice in the United States. Chicago activists have called for a change in police policies and misconduct, including stop and frisk tactics targeting blacks and Latinos and deadly use of force.

In the past eight years, 400 people have been shot by Chicago police. Don Rose points out, Dante Servin, was only the second Chicago police officer to be indicted in 20 years, but even he was recently acquitted of manslaughter for shooting Rekia Boyd. The connections between Human Rights violations against Muslims and the war on terror are evident in Chicago. Ali notes “Detective Richard Zuley, who honed his torturing skills in Chicago, was sent to be an interrogator at Guantanamo Bay. Ali stressed, “The Muslim community and others have been outraged by the techniques used in the Guantanamo Bay facility, but it’s happening right here.” In the Homan Square police warehouse 200 suspects were interrogated from 1972-1991 and Mayor Rahm Emanuel approved a reparations settlement for victims of torture. Makki said, “they unfurled the names of the torture victims of [notorious former Chicago police detective] John Burge, many who died and some more only recently released and pardoned. This was a long scroll that practically went around the building.”

Ali said, “I, like everyone in America, have been watching the stories of African American lives being taken by police officers even for very minor offenses. I appreciate the police and how important they are for a safe community, but it’s terrible what is happening all over this country.” Hind Makki noted, “there are some Arabs and Muslims who are beginning to connect the dots between institutional racism in the US and institutional racism in places like Palestine and Israel. And now I would like them to think about their personal responsibilities in the US and begin to challenge racism in their daily lives.” Inner city and predominantly African American Muslim organizations, such as Muslim Alliance of North America have always focused on these questions. In Chicago, the issue of police misconduct and injustice in the criminal justice system is of special concern.

Makki said that as a black woman she appreciated the diverse background and ages of the Muslim participants. She said, “It wasn’t the usual people who go to rallies. We had the elderly, some teenagers and families with younger kids.” She noted that for many, the march was a conversation starter as participants on the bus ride back reflected on next actions to organize in their communities. Now, more than ever, it appears some Muslim communities are ready. The annual Mosque Cares convention has a session titled “Muslim Advocates Presents: Building Bridges Law Enforcement Abuses Against American Muslims and the #BlackLivesMatter Movement.” And nationwide, Muslims from all backgrounds are beginning to tackle these questions more deeply, not only in their activism but also in uprooting dominant narratives that justify the criminalization of Black and Latino communities.

The shift in mainstream Muslim narratives can be seen in the programming at the Islamic Society of North America convention. Muslim Anti-Racism Collaborative has organized a panel on “Muslim Americans and the New Jim Crow,” which features diverse perspectives on policing and criminal justice and one of the six roundtables “Police brutality and #BlackLivesMatter,” where 30 leaders, academics, and concerned community leaders will develop strategies that can be implemented in their respective communities. 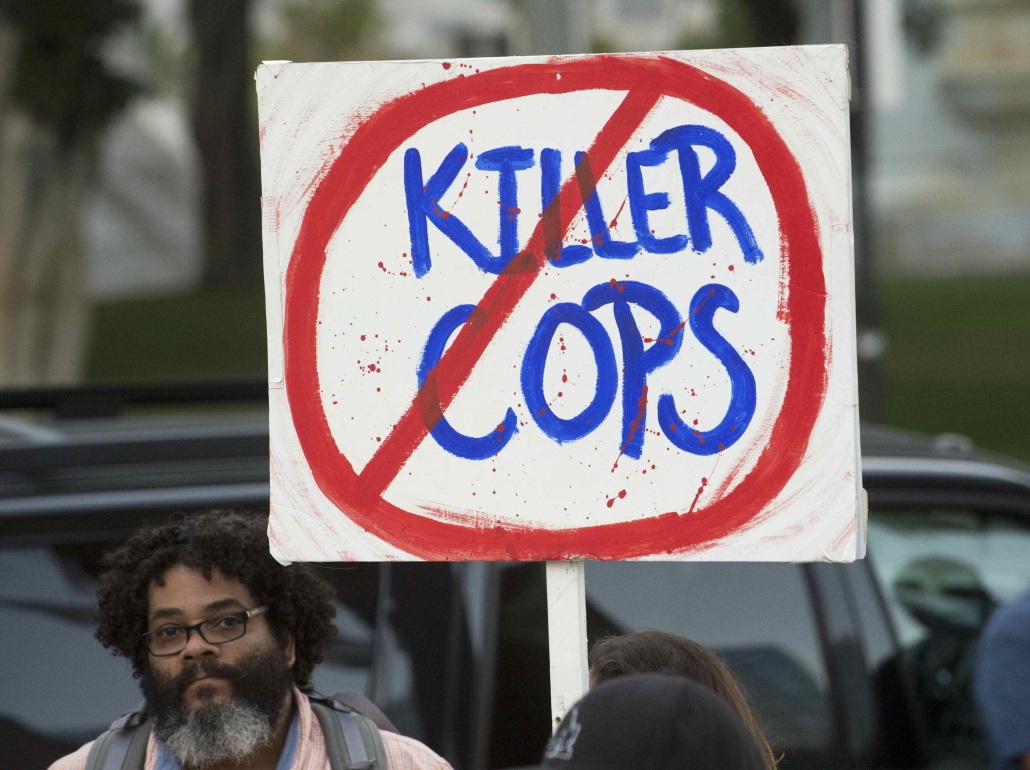 Bigotry and Ignorance in the Name of God

The Ineffectiveness of Muslim Americans
By Dr. Aslam Abdullah If you fail to prepare, prepare to fail, says a popular proverb. The failure of Muslims…