WASHINGTON (Times of Israel) â€” Israel attempted to use tapes of former US president Bill Clintonâ€™s steamy conversations with intern Monica Lewinsky to leverage the release of Jonathan Pollard, a new book on the Clinton familyâ€™s political enterprises has claimed. In the book, titled â€œClinton Inc: The Audacious Rebuilding of a Political Machine,â€ author Daniel Halper relies on on-the-record interviews with former officials together with a close analysis of documents termed â€œthe Monica Filesâ€ to paint a salacious â€“ and uncomplimentary â€“ picture of one of the most prominent political families in the United States.

Halper reviewed hundreds of pages of documents compiled as a contingency to use in case the former intern ever was involved in legal action against Clinton.
According to the author, the documents indicate that during the Wye Plantation talks between Israel and the Palestinian Authority, held in Maryland in 1998, Prime Minister Benjamin Netanyahu pulled Bill Clinton aside to press for Pollardâ€™s release.

Halper said that Israel had found new leverage to push for Pollardâ€™s release.

â€œThe Israelis present at Wye River had a new tactic for their negotiationsâ€“theyâ€™d overheard Clinton and Monica and had it on tape. Not wanting to directly threaten the powerful American president, a crucial Israeli ally, Clinton was told that the Israeli government had thrown the tapes away. But the very mention of them was enough to constitute a form of blackmail,â€ Halper wrote, adding that â€œaccording to information provided by a CIA source, a stricken Clinton appeared to buckle.â€

Halper noted that â€œintelligence officials in the United States or Israel will of course not confirm on the record the extent or substance of Israeli eavesdropping,â€ but also cited an article published in 2000 by the magazine Insight, that claimed that Israel had â€œpenetrated four White House telephone lines and was able to relay real-time conversations on those lines from a remote site outside the White House directly to Israel for listening and recording.â€

Israel has denied such claims in the past as â€œoutrageous.â€

Pollard, a former US naval analyst, was found guilty of passing sensitive documents to Israel, and sentenced to a life sentence in prison for the offense. He remains a cause celebre in Israel, and there have been repeated efforts throughout the past twenty years to secure his release.

Halper cites seemingly corroborating information, including a contemporary New York Times article from November 1998 which reported that the two leaders had discussed Pollardâ€™s release during the ill-fated conference and that â€œthe Israelis had told the president something that opened up the possibility of Pollardâ€™s release, something Clinton had explicitly ruled out during the first six years of his presidency.â€ The Times article noted that a White House spokesman told a reporter that Clinton was simply â€œnewly impressed by the force of Mr. Netanyahuâ€™s arguments.â€
According to Halper, during the special investigation by Independent Counsel Kenneth Starr â€œLewinsky told prosecutors that Clinton suggested that â€œthey knew their calls were being monitored all along, and the phone sex was just a put-on.â€

Halper adds to the narrative claims by the Lewinsky legal support team that â€œthey found evidence that the British, Russians and Israelis all had scooped up the microwaves off the top of the White House.â€ Halper also offered as evidence the memoir of former Russian president Boris Yeltsin, who wrote that Russian intelligence had picked up on Clintonâ€™s â€œpredilection for beautiful young women.â€

Clintonâ€™s â€œpredilection for beautiful young women,â€ however, was far from a state secret; it was in fact widely discussed even during Clintonâ€™s initial presidential election campaign.

Netanyahuâ€™s threat, according to Halper, spurred Clinton to consider action. Halper claims that Clinton brought the request before CIA director George Tenet. Tenet, however, threatened to resign his position if Pollard was released, and Clinton backpedalled on the idea.

Halper is not the first to claim that Israel illicitly taped the steamy conversations between Clinton and Lewinsky and tried to leverage it to its advantage. In 1999, UK author Gordon Thomas claimed that the Mossad had collected some 30 hoursâ€™ worth of phone sex conversations between Lewinsky and Clinton and was using them to blackmail the US or to protect a deeply-embedded mole in the White House.
Thomas also claimed that the Mossad was behind the deaths of Princess Diana, Robert Maxwell, William Buckley, and the 241 Marines killed in a 1983 barracks explosion in Lebanon. At the time, Netanyahuâ€™s spokesman described Thomasâ€™s allegations as â€œunmitigated drivel.â€
Halper, the online editor of the Weekly Standard, says that he â€œwas well aware that the former (and perhaps future) first family and its massive retinue of loyalty enforcers, professional defamers and assorted gadflies would rue my intent to examine the real Clintonsâ€ and had been warned â€œof what to expect from the Clinton PR team.â€
In a piece that he wrote for the Huffington Post late Tuesday, Halper said that all of the warnings he had received about clever steps to downplay the impact of his book had proven true.
Copies of Halperâ€™s book were sent out in PDF form to hundreds of reporters days before the bookâ€™s official release by a previously unknown individual, in what Halper suggests was an effort to reduce the impact of the bookâ€™s release. 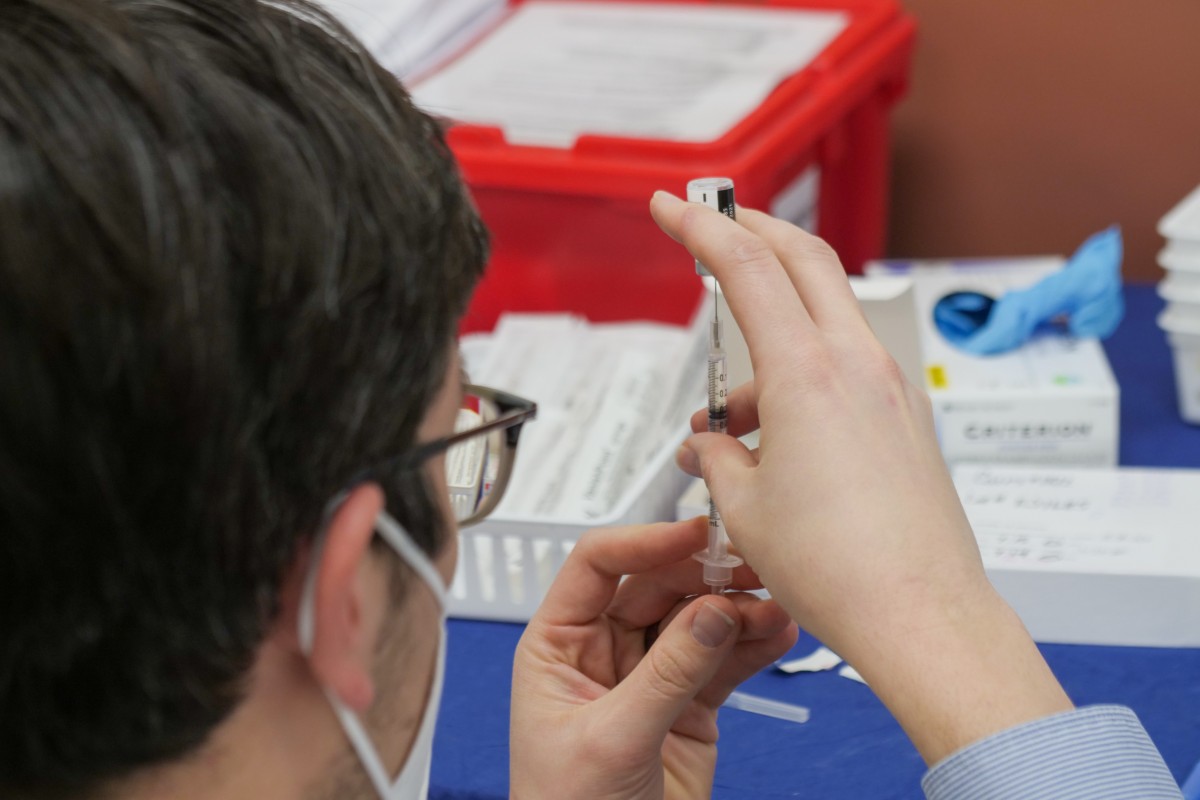 Biden Announces Plans for COVID-19 Vaccine for Every Adult American

Hebron Orphanages
By Geoffrey Cook, MMNS Despite the recent ceasefire brokered by Egypt between Hamas and Israel in Gaza, the persecuton  continues…