Over the past 15 years, the Institute of Social Policy and Understanding (ISPU) has become America’s source for data for and about American Muslims.

Established in 2002, ISPU aims to conduct objective, solution seeking research that empowers American Muslims to develop their community and contribute to democracy and pluralism in the United States.

According to their website, “ISPU has been at the forefront of discovering trends and opportunities that impact the American Muslim community. Our research aims to educate the general public and enable community change agents, the media, and policymakers to make evidence-based decisions. In addition to building in-house capacity, ISPU has assembled leading experts across multiple disciplines, building a solid reputation as a trusted source for information for and about American Muslims.”

ISPU celebrated their 15th anniversary milestone with their supporters at the Fairlane Club in Dearborn Nov 18.

This banquet event, titled “15 Years of Research Making an Impact: Empowering Tomorrow,” honored the legacy of ISPU’s first 15 years. Attendees were able to view a timeline that highlighted the 15 most important moments from ISPU’s history, including milestone research projects such as A Portrait of Detroit Mosques and Promoting Healthy Marriages and Preventing Divorce in the American Muslim Community. 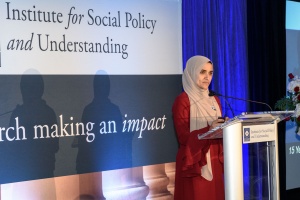 The program included remarks from various influential leaders including ISPU’s very own Executive Director, Meira Neggaz, who highlighted some of the many ways ISPU data powers the crucial work of other organizations and ISPU’s Director of Research, Dalia Mogahed, who talked about ISPU’s impact in the world of media. Other speakers included Harpreet Singh Mokha, a Regional Director at the Department of Justice, who discussed his work to address hate crimes and how ISPU’s research helped infuse data and the human faces of American Muslims into his department’s diversity trainings and Marwa Abdalla, a recipient of ISPU’s inaugural Young Scholar Award, who spoke about how ISPU’s research empowered her to address her elected official’s bigoted remarks.

The keynote speaker of the night was Representative Ilhan Omar, a former refugee and the first Somali-American lawmaker in the United States. Omar spoke about various important issues including our duty and involvement in democracy.

“In a democracy, it is our duty to see that the work continues and this requires steering through many complex problems. We must not give up hope in face of any adversity,” Omar said.

Omar encouraged everyone to get involved, whether it be politically or socially. She referenced how any type of involvement can surprise someone with the difference and impact it potentially can make. 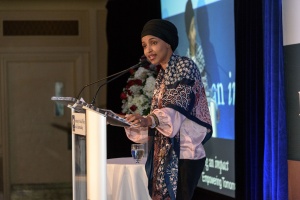 We commend ISPU’s work to build understanding, catalyze community development, and safeguard American pluralism. Vist their website www.ispu.org to learn more about the organization and what they do. 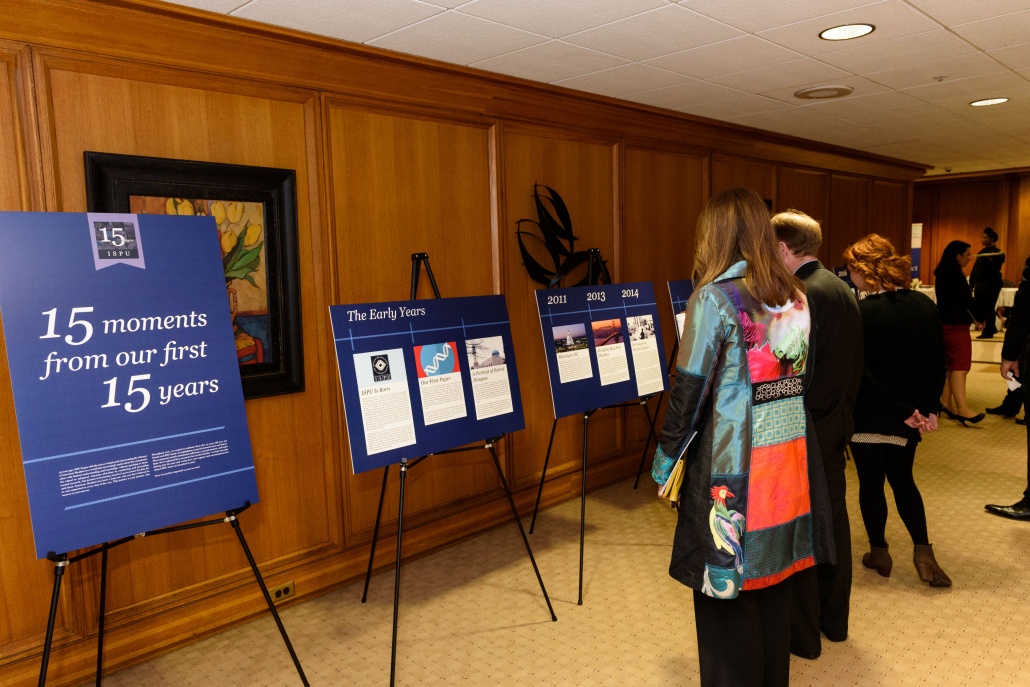 INTERVIEW-Pakistan seeks US trade, not aid, says minister
By Amena Bakr, Reuters DUBAI, Nov 1-Pakistan plans to send an official delegation to the United States in mid-November to…

© 2020 MuslimObserver.com, All Rights Reserved
On Burying My Grandmother and My Redress Control Number