BEIRUT (Reuters) – In the cities and towns across the desert plains of northeast Syria, the ultra-hardline al Qaeda offshoot Islamic State has insinuated itself into nearly every aspect of daily life.
The group famous for its beheadings, crucifixions and mass executions provides electricity and water, pays salaries, controls traffic, and runs nearly everything from bakeries and banks to schools, courts and mosques.

While its merciless battlefield tactics and its imposition of its austere vision of Islamic law have won the group headlines, residents say much of its power lies in its efficient and often deeply pragmatic ability to govern.

Syriaâ€™s eastern province of Raqqa provides the best illustration of their methods. Members hold up the province as an example of life under the Islamic â€œcaliphateâ€ they hope will one day stretch from China to Europe.

In the provincial capital, a dust-blown city that was home to about a quarter of a million people before Syriaâ€™s three-year-old war began, the group leaves almost no institution or public service outside of its control.

â€œLet us be honest, they are doing massive institutional work. It is impressive,â€ one activist from Raqqa who now lives in a border town in Turkey told Reuters.
In interviews conducted remotely, residents, Islamic State fighters and even activists opposed to the group described how it had built up a structure similar to a modern government in less than a year under its chief, Abu Bakr al-Baghdadi.

Reuters journalists are unable to visit the area for security reasons.

The groupâ€™s progress has alarmed regional and Western powers – last month U.S. President Barack Obama called it a â€œcancerâ€ that must be erased from the Middle East as U.S. warplanes bombarded its positions in Iraq.

But Islamic State has embedded itself so thoroughly into the fabric of life in places like Raqqa that it will be all but impossible for U.S. aircraft – let alone Iraqi, Syrian and Kurdish troops – to uproot them through force alone.

BRIDE OF THE REVOLUTION

Last year, Raqqa became the first city to fall to the rebels fighting to overthrow President Bashar al-Assad. They called it the â€œBride of the Revolution.â€

A variety of rebel groups ranging from hardline Islamists to religious moderates held sway in the city, although Islamists clearly dominated. Within a year, Islamic State had clawed its way into control, mercilessly eliminating rival insurgents.

Activists critical of the group were killed, disappeared, or escaped to Turkey. Alcohol was banned. Shops closed by afternoon and streets were empty by nightfall. Communication with the outside world – including nearby cities and towns – was allowed only through the Islamic State media center.

Those rebels and activists who stayed largely â€œrepentedâ€, a process through which they pledge loyalty to Baghdadi and are forgiven for their â€œsinsâ€ against the Islamic State, and either kept to their homes or joined the groupâ€™s ranks.

But after the initial crackdown, the group began setting up services and institutions – stating clearly that it intended to stay and use the area as a base in its quest to eradicate national boundaries and establish an Islamic â€œstateâ€.

â€œWe are a state,â€ one emir, or commander, in the province told Reuters. â€œThings are great here because we are ruling based on Godâ€™s law.â€

Some Sunni Muslims who worked for Assadâ€™s government stayed on after they pledged allegiance to the group.

â€œThe civilians who do not have any political affiliations have adjusted to the presence of Islamic State, because people got tired and exhausted, and also, to be honest, because they are doing institutional work in Raqqa,â€ one Raqqa resident opposed to Islamic State told Reuters.

Since then, the group â€œhas restored and restructured all the institutions that are related to services,â€ including a consumer protection office and the civil judiciary, the resident said.

In the past month alone, Islamic State fighters have broadcast images of themselves beheading U.S. journalists James Foley and Steven Sotloff as well as captive Kurdish and Lebanese soldiers, and machine-gunning scores of Syrian prisoners wearing nothing but their underwear.

But the groupâ€™s use of violence has not been entirely indiscriminate. The group has often traded with businessmen loyal to Assad when it has suited its interests, for instance.

According to one fighter, a former Assad employee is now in charge of mills and distributing flour to bakeries in Raqqa. Employees at the Raqqa dam, which provides the city with electricity and water, have remained in their posts.

Islamic Stateâ€™s willingness to use former Assad employees displays a pragmatism residents and activists say has been vital to its success holding onto territory it has captured.

They have been helped by experts who have come from countries including in North Africa and Europe. The man Baghdadi appointed to run and develop Raqqaâ€™s telecoms, for instance, is a Tunisian with a PhD in the subject who left Tunisia to join the group and serve â€œthe stateâ€.

Reflecting Islamic Stateâ€™s assertion that it is a government – rather than simply a militant group that happens to govern – Baghdadi has also separated military operations from civilian administration, assigning fighters only as police and soldiers

Instead, Baghdadi has appointed civilian deputies called walis, an Islamic term describing an official similar to a minister, to manage institutions and develop their sectors.

Administrative regions are divided into waliyehs, or provinces, which sometimes align with existing divisions but, as with the case of the recently established al-Furat province, can span national boundaries.

Fighters and employees receive a salary from a department called the Muslim Financial House, which is something like a finance ministry and a bank that aims to reduce poverty.

Fighters receive housing – including in homes confiscated from local non-Sunnis or from government employees who fled the area – as well as about $400 to $600 per month, enough to pay for a basic lifestyle in Syriaâ€™s poor northeast.

One fighter said poor families were given money. A widow may receive $100 for herself and for each child she has, he said.

Prices are also kept low. Traders who manipulate prices are punished, warned and shut down if they are caught again.

The group has also imposed Islamic taxes on wealthy traders and families. â€œWe are only implementing Islam, zakat is an Islamic tax imposed by God,â€ said a jihadi in Raqqa.

Analysts estimate that Islamic State also raises tens of millions of dollars by selling oil from the fields it controls in Syria and Iraq to Turkish and Iraqi businessmen and by collecting ransoms for hostages it has taken.

At the heart of the Islamic State system is its leader, Baghdadi, who in June declared himself â€œcaliphâ€, or ruler of all the worldâ€™s Muslims, after breaking with al Qaeda.

Residents, fighters and activists agree Baghdadi is now heavily involved in Raqqaâ€™s administration, and has the final word on all decisions made by commanders and officials. Even the prices set for local goods go back to him, local sources say.

Residents say Baghdadi also approves beheadings and other executions and punishments for criminals convicted by the groupâ€™s Islamic courts.

On the battlefield, fighters describe him as a fierce and experienced commander.

The Syrian fighter said Baghdadi led major battles, such as one to retake a Syrian military base known as Division 17 in July, the first in a series of defeats the group dealt to Syrian government forces in Raqqa province.

â€œHe does not leave the brothers. In the battle to retake Division 17 he was also slightly wounded but he is fine now,â€ the fighter said.

â€œHe is always moving. He does not stay in one place. He moves between Raqqa, Deir al-Zor and Mosul. He leads the battles.â€

By declaring the caliphate and setting up a â€œstateâ€, Baghdadi aimed to attract foreign jihadis and experts from abroad. Supporters say thousands have responded.

At the same time, wealthy Islamists from across the world have sent money to Raqqa to support the caliphate, jihadis say.

According to sources in Raqqa, the group maintains three weapons factories mainly designed to develop missiles. Foreign scientists – including Muslims from China, fighters claim – are kept in a private location with bodyguards.

â€œScientists and men with degrees are joining the State,â€ said one Arab jihadi.

The group has also invested heavily in the next generation by inducting children into their ideology. Primary, secondary and university programs now include more about Islam.

The group also accepts women who want to fight – they are trained about â€œthe real Islamâ€ and the reasons for fighting.

Islamic education groups are held in mosques for newly arrived fighters, who, according to militants in Raqqa, have flocked to Islamic State-controlled territory in even greater numbers since Baghdadi declared the â€œcaliphateâ€.

â€œEvery three days we receive at least 1,000 fighters. The guest houses are flooding with mujahideen. We are running out of places to receive them,â€ the Arab jihadi said. 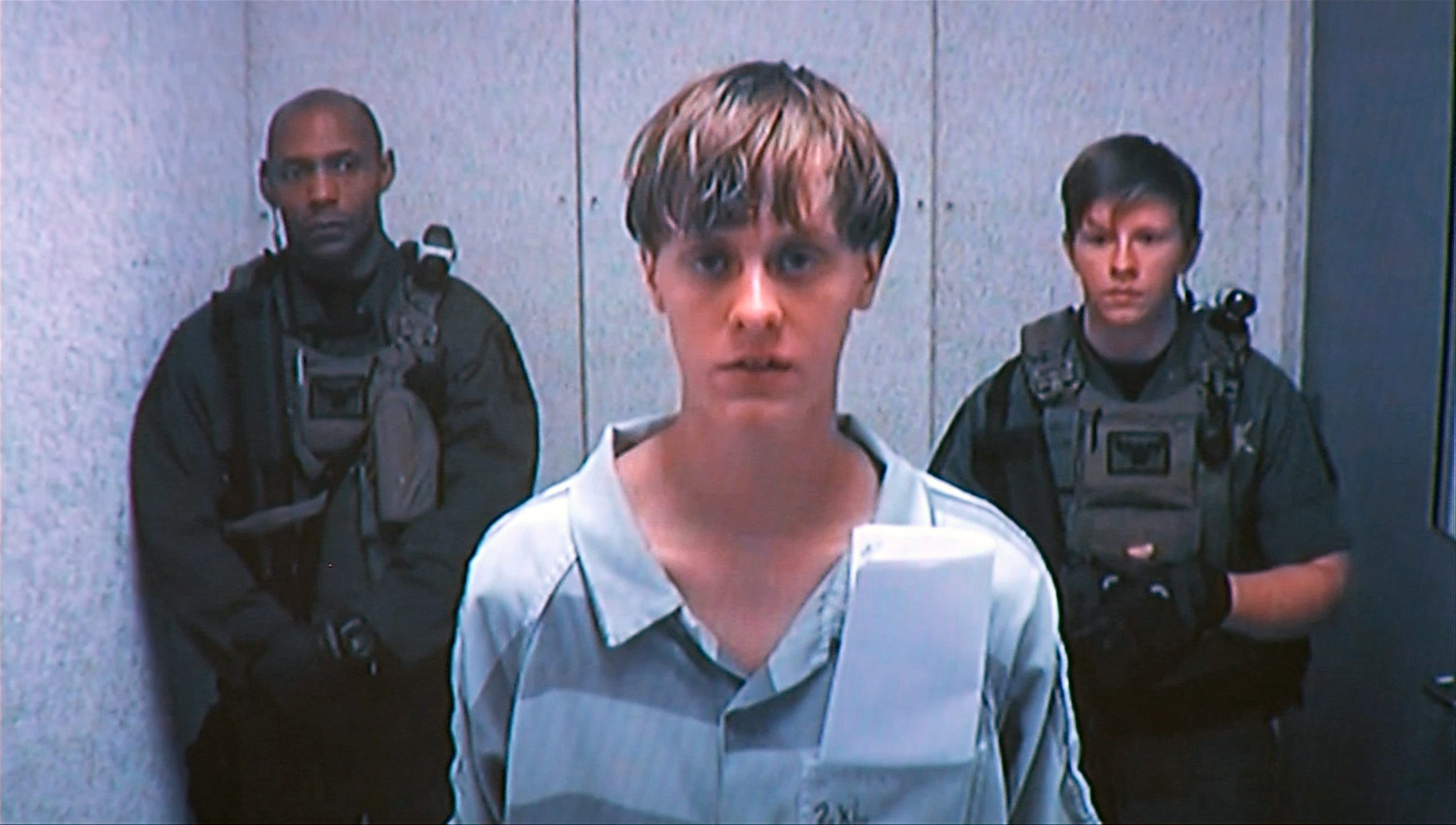 Hathout Receives Award
Dr. Hathout to Receive George Regas Peacemaker Award Editorâ€™s note:  Dr. Hathout has been an advisor to TMO for many…

US Army Ranger Speaks Against War

© 2020 MuslimObserver.com, All Rights Reserved
Restaurants in Arizona Adopt to Digital Reservations Breaking The Last Taboo – Gaza and the Threat of World War
Scroll to top