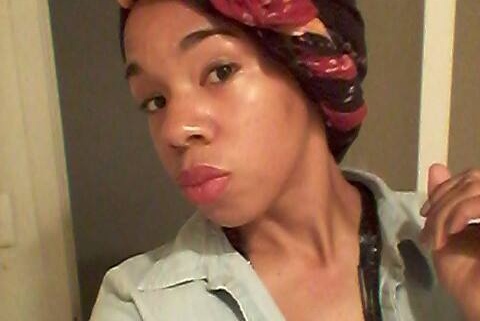 My children have never heard of Deah Barakat, Yusor Mohammad Abu-Salha, or Razan Mohammad Abu-Salha. They also don’t know Trayvon Martin, Mike Brown, Eric Garner, or Renisha McBride. They’re 3 and 5 years old, so I shield them when I can. One day soon, I’ll have to remove the blinders and acknowledge the uglier parts of life. I’m not ready for that now, so I filter my thoughts to keep their childhood intact.

But this past Friday, there was a local candlelight vigil for the victims of the Chapel Hill shooting. I couldn’t not go. I also couldn’t not take them with me. (My husband was working.) So I bundled them up and headed over to the site. Instantly, the 5-year-old started in with questions.

“To remember and pray for some people,” I told her.

“Who are those people in the picture?” She pointed at a large poster that bore the recognizable black silhouettes that, together, have become the logo of the #chapelhillshooting movement.

“Those are three people who were hurt.” I tried to keep my answers short and matter of fact, hoping each one would be the last. But she’s always been an intuitive child. She knew there was more to the story.

As her brother, oblivious to it all, stomped through dead, crunchy leaves and ran circles around the other attendees, she fired off more questions about who these people were and what happened to them. I try not to lie to my children, so I gave her the answers she asked for. I told her they died. I told her someone shot them. I told her they were not at the hospital, as she had assumed, but were instead buried in the ground. I could see the concern on her face.

“In the ground? Why?” My mind went back to my own childhood and how I was so terrified of death. I would sometimes awake in the night, jolted out of sleep by the thought of myself or my parents dying. I didn’t want that for my children, so I searched for something comforting to say.

“Yes, in the ground. Remember how we talked about the soul? When someone dies, the body is put in the ground, but the soul is safe and protected by Allah. And the people who love that person pray for them to go to jennah.” I kept my poker face on (at least I think I did), but in my mind, I prayed for her questions to stop. I did not want to be discussing murder and death with my kindergartener.

And just as I think we’re done with this uncomfortable conversation, she asks one more question: “But if Allah protects their soul, why didn’t he protect their bodies when they got shot?”

I stuttered and stammered as I tried to think of a response a 5-year-old brain could compute. This is exactly what I had been trying to avoid (for a while), the discussion of hard-to-swallow realities we all must face as adults. All will be perfect in paradise, but down here on earth, life is hard—excruciating at times. In this world, people kill and steal and lie and hate, and it would all be unbearable if it weren’t for Allah’s unending mercy that makes possible the existence of kindness, forgiveness, and boundless love, all jammed into this finite space. And as we teeter back and forth between good and bad, darkness and light, we are tested by He who is always in control.

But that’s not what I said. I couldn’t think of all that in the moment, and it probably would have gone over her head anyway. So I just said, “Sometimes bad things happen, but we just have to trust Allah.” I let out a frustrated sigh. “You may not understand now, but it’ll make sense when you get older.” I was so dissatisfied with that answer. “I should have said this…” I told myself, rehearsing better answers. I felt like a person who had been publically insulted and could only think of a snappy comeback after the fact, after the crowd had dispersed, after my daughter had busied herself with her brother.

As we drove home, I heard her giving her brother a recap of everything we’d discussed. “Did you know three people died? They’re in the ground, but it’s okay because Allah is protecting their souls.” She sounded upbeat, lively, happy, the way she does when she discusses princesses and ice cream. Still, I wished she’s be quiet. I didn’t want to discuss murder and death with my son, too. But he’s not the deep thinker his sister is (yet.) His mind is forever on race cars, monster trucks, and Ninja Turtles. So just like that, the atmosphere changed and the two of them went back to discussing typical childhood subjects.

I’m certain my issue with death stems back to the fact that I knew practically nothing of death until about 7 or 8, when I lost an aunt and two cousins in a car accident. It happened when they were leaving our house; I had just seen them the day before. I remember my mother crying hysterically and various aunts swooping in and trying to distract my brothers and me from the chaos. I remember going to bed that night and sleeping on a towel because I told my mother I felt like I had to throw up. So much dis-ease in my little belly. I guess I never released that. And so I tried to protect my children by shielding them from death in the same way I was shielded, which means I was potentially setting them up for that same dis-ease. But thankfully, I took them to the vigil, and my daughter started asking questions.

Who knows when my children will have to face the death of a loved one, but when they do, I hope they at least find solace in the fact that their mother tried to offer them something comforting. 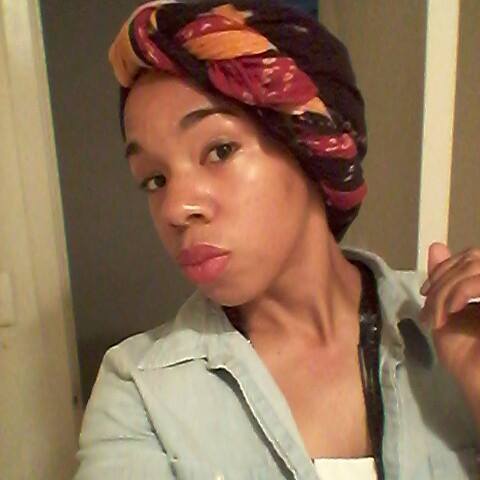 © 2020 MuslimObserver.com, All Rights Reserved
Why we need Islamophobia

Chasing the ghost of Major Taylor
Scroll to top