How the Mighty Have Fallen: Aung San Suu Kyi and the Imperative for International Pressure in Ending the Rohingya Genocide

Longtime observers of the situation in Myanmar are no doubt aware of the country’s despotic and oppressive history. For any of these people, Aung San Suu Kyi was a beacon of light in an otherwise dark and precarious human rights situation in that country.

Indeed, she was internationally hailed as a wondrous activist fighting for the rights of the people of Myanmar in the fact of oppressive military rule receiving countless international awards, not the least of which was the Nobel Peace Prize in 1991. Consequently, her release in 2010 inspired global optimism for a new age in Myanmar in which the rights of all of its people were respected. Needless to say, many of these people have been disappointed in her approach to human rights in her country as of late.

In Myanmar’s transition away from military rule to more democratic governance, one group of people manifesting left behind are the Rohingya living in the Rakhine state. Despite long-standing stigma and oppressing against them, the situation has further deteriorated in recent years. Indeed, there is photographic evidence of the description of Rohingya villages and the replacement of these with houses for the country’s Buddhist majority.

Additionally, the Rohingya have been subjected to mob violence because of the vitriolic Islamophobic incitement against them by extremist Buddhists. Furthermore, there is evidence implicating government institutions such as the military in overlooking or even facilitating this state of affairs.

All of these factors have led to a mass exodus of 100s of thousands of Rohingya into surrounding countries like Bangladesh and Malaysia. Despite such extreme circumstances, it is only recently that we are starting to see the international pressure needed to end this genocide.

Thankfully, there are some encouraging signals from the international community regarding the Rohingya crisis. One form that such pressure has taken includes governments and NGOs withdrawing their precious praise for Suu Kyi because of her morally inadequate handling of such egregious atrocities in a country where she is now the de facto ruler.

Just recently, Amnesty International withdrew their recognition of her as an Ambassador of Conscience” because of her role in facilitating many of the atrocities they criticize. Additionally, Canada withdrew their honorary citizenship given to her and took the extra step of recognizing the situation in Myanmar as a genocide against the Rohingya. Even Vice President Mike Pence rebuked Aang Sun Suu Kyi to her face for failing to prevent these egregious atrocities.

Strangely, the reaction of Muslim countries to the plight of their fellow co-religionists has been lacking. While there have been good responses such as that of Malaysian Prime Minister Mahathir Mohamad strongly condemning Myanmar, despite hosting the most Rohingya refugees of any countries, they have failed to facilitate their transfer to better living conditions in Canada.

In order for the situation to improve, the international community must coalesce around a united approach aimed at stopping the genocide and ensuring the Rohingya secure their rights.

When it comes to the situation of Myanmar, there are undeniable crimes against the Rohingya people which necessitate significant and sustained international pressure to stop. This is because the generality of the populous in Myanmar has swallowed the Islamophobic propaganda painting the Rohingya as terrorists threatening the Buddhist majority.

This is so ingrained that even the once-revered Aung San Suu Kyi has become complicit in the crimes against them. Needless to say, the Rohingya alone do not have the power to take their own rights from a hostile population with the backing of their government. The only realistic way of procuring their rights is through clear and consistent support from the international community. The first and most pressing needs are humanitarian as dead people have no hope of gaining their rights, but beyond this, the government of Myanmar must be made to understand the world will not tolerate such gross atrocities against the Rohingya.

Thankfully, there have been positive develops with many countries and organizations censuring Myanmar for those atrocities. At the same time, this must significantly increase, and it must become costly for Myanmar to persist. In addition to restoring the Rohingya back to their homes and returning their rights, they must do their utmost change social attitudes towards Rohingya and Muslims in general. It is only after this that the Rohingya can truly live in peace. 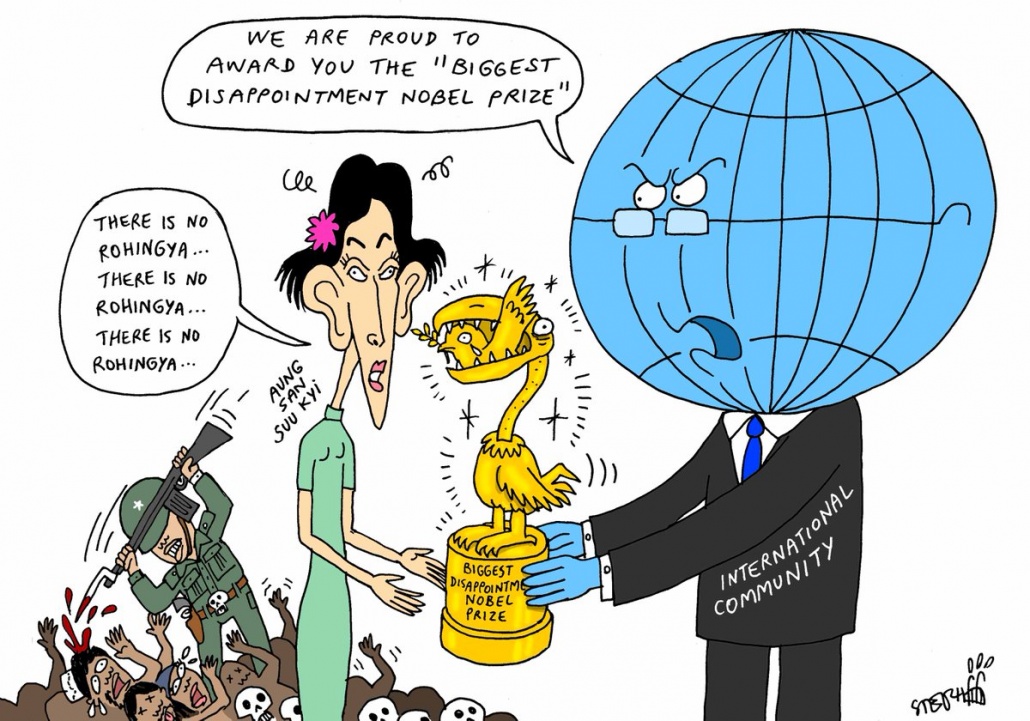 Who Is Raymond Davis

© 2020 MuslimObserver.com, All Rights Reserved
Netflix’s Elite Has A Muslim Character