We just experienced the craziest free agency period in the history of the National Basketball Association (NBA). The whole platform of the league has just shifted and there is a new NBA.

The first major move made during the summer was one that many had expected. Superstar forward/center Anthony Davis was traded for guard Lonzo Ball, forward/guard Brandon Ingram, guard Josh Hart, and three first round draft picks to the Los Angeles Lakers from the New Orleans Pelicans. This trade would give the Lakers a superstar to pair alongside superstar forward Lebron James after a disappointing season ending with just 37 wins and not making the playoffs. But on the Pelicans side of things, they are now much younger and looking to succeed in the future after drafting Zion Williamson with the first pick in the NBA draft.

The next move which some fans have been expecting was guard Kyrie Irving, forward Kevin Durant, and center Deandre Jordan. signing with the Brooklyn Nets. There were rumors of this happening throughout the season, and finally the signings happened. Irving signed a 4-year $136 million deal, Durant signed a 4-year $164 million deal, and Jordan signed a 4-year $40 million deal. The Nets did have to send over all-star guard D’angelo Russell over to the Warriors in order to acquire Durant. The only negative part of this free agency for the Nets is that KD will most likely miss most or all of next season because of a torn Achilles injury suffered in game five of the 2019 NBA Finals. But they will still have a lot of young assets such as Kyrie, forward/guard Carris Levert, guard Spencer Dinwiddie, center Jarett Allen, and three point contest winner forward/guard Joe Harris, to help them make a push towards the NBA playoffs in the not so dominant eastern conference.

The Warriors era is now over as they lost Kevin Durant as well as center Demarcas Cousins who signed with the Lakers, and forward/guard Andre Iguodala. But they are still contenders as they have guard Stephen Curry, guard/forward Klay Thompson who will most likely be out for most of the season after suffering a torn ACL injury in game 6 of the NBA finals, forward/center Draymond Green, and D’angelo Russell who they acquired from the Brooklyn Nets after trading away Durant. Offensively, the team will have no problem putting points on the board, but defensively, they will have one of the worst backcourts in the league especially with Thompson injured. But they are not the superteam they have been for the past half a decade in which they went to five straight finals and won three championships.

Another move that no one was expecting which changed the vibe of free agency was the Los Angeles Clippers acquiring forward Paul George, who had just finished third in MVP voting, and forward/guard Kawhi Leanord, who had just won his second finals MVP with the Toronto Raptors. Kawhi was a free agent and many expected him to sign with either the Lakers, Clippers, or Raptors. Well the two time champion decided to go home and sign a 3 year $103 million deal with the Clippers. But that was not all since Kawhi was able to recruit Paul George to the Clippers the Clippers traded forward Danillo Gallinari, guard Shai Gilgeous-Alexander, and five future first round draft picks in order to acquire PG13 from the Oklahoma City Thunder. Many experts say that this makes the Clippers one of the best teams in the league on both sides of the floor.

Paul George departing from Oklahoma City left superstar guard Russell Westbrook as the only all-star on the team. That made many experts and fans suspect that the eight-time all-star would get traded as well. Well that happened as Westbrook would get traded to the Houston Rockets for guard Chris Paul. This meant that Russell would reunite with former teammate guard/forward James Harden. In a way, this does and does not make sense for the Houston Rockets. Last season, Westbrook and Harden were at the top fifteen in usage rate (Harden 39.6) (Westbrook 30.1.) This means that the two superstars will have to figure out how to share the ball with themselves as well as their other teammates. But on the bright side, Harden and Westbrook, as well as Kevin Durant and center/forward Serge Ibaka, once led the Oklahoma City Thunder to the 2012 NBA finals. This meant that Harden and Westbrook were able to go to the finals despite losing to the Miami Heat that year. The two still have amazing chemistry and will probably figure something out during the offseason. But for the Thunder, they will be in a rebuilding situation for the first time since becoming a franchise in 2008. But they already have some good young pieces such as Shai-Gilgeous Alexander, guard Dennis Schroeder, dunk contest champion guard/forward Hamidou Diallo, guard/forward Terrance Furgeson, guard/forward Andre Robertson, and center Steven Adams as well as veterans Chris Paul and Danillo Gallinari. They are still at the start of their rebuild and could even trade Chris Paul.

Another move that took place during this free agency period was guard Mike Conley being traded to the Utah Jazz for guard Kyle Korver, guard Grayson Allen, and forward Jae Crowder as well as the 23rd pick in the 2019 NBA draft. This trade automatically got the Jazz from just a playoff team to a contender. With pieces such as guard Donovan Mitchel, center Rudy Gobert, and forward/center Paul Milsap, the Jazz should be among the top in the packed western conference. But for the Memphis Grizzlies, they are looking to rebuild now after pretty much giving away Mike Conley to the Utah Jazz. With a couple young players such as forward Jaren Jackson JR., forward/guard Josh Jackson, forward/guard Kyle Anderson, center Jonas Valanciunas as well as rookie guard Ja Morant to play with a few veterans such as forward/guard Andre Iguodala, and center Dwight Howard. But they will most likely struggle for the next few years and prepare for the future.

Another shocker was guard Kemba Walker signing a 4-year $141 million deal with the Boston Celtics after playing in Charlotte for his whole career so far. This gives the Celtics a replacement for Kyrie Irving after losing him to the Nets. Boston also acquired center Enes Kanter which would possibly be a replacement for center/forward Al Horford after he signed with the Philadelphia 76ers. The Celtics are still serious contender in the east as they have assets such as forward Jayson Tatum, forward Gordon Hayward, forward/guard Jaylen Brown, and guard Marcus Smart. The Charlotte Hornets were able to acquire guard Terry Rozzier iii with a three-year $58 million deal which many experts and fans agreed that was way too much money for the 25 year old. The Hornets will most likely end up in the bottom of the east and try to succeed in the future.

The Philadelphia 76ers also made some moves by signing center/forward Al Horford with a 4-year $109 million deal, and acquiring forward/guard Josh Richardson from the Miami Heat in exchange for guard/forward Jimmy Butler. They also resigned forward Tobais Harris to a 5-year $180 million contract to continue being contenders despite losing Butler and guard J.J. Redick. The 76ers are looking to win a championship after losing in the semi-conference finals in a heartbreaker against the Toronto Raptors who would eventually win a ring. They also have a very tall starting lineup with a Josh Richardson being the shortest at 6’6.

The Miami Heat had to give up Josh Richardson in order to get Jimmy Butler and also had to witness the retirement of a legend guard Dwayne Wade. But the Heat are still looking to make the playoffs after just missing out last season as a 10th seed. But after acquiring Butler, and trading center Hassan Whiteside to the Portland TrailBlazers for forward/center Meyers Leanord, and forward Maurice Harkless who would eventually get sent to the Los Angeles Clippers. The Heat also have some young players such as guard Justise Winslow, guard Derrick Jones J.R., center/forward Bam Adebayo, guard Tyler Herro who they just drafted in the 2019 NBA draft, and veteran guard Goran Dragic.

There were some non-superstars that changed teams which could make differences in the league. Center Demarcaus Cousins signing a one year deal gives the lakers another big men that can stretch the floor, and reunites him with former teammate Anthony Davis. Guard Derrick Rose signed with the Detroit Pistons which gives them a big three in Rose, forward Blake Griffin, and Center Andre Drummond. Guard Malcolm Brogdon as well as forward TJ Warren signed with the Indiana Pacers. This gives the Pacers another scoring machine in Warren and one of the best defending guards in Brogdon to play alongside guard Victor Oladipo once he comes back from his quadriceps injury. Despite losing Brogdon, the Milwaukee Bucks were able to sign guard/forward Tyreke Evans after just one season with the Indiana Pacers. This gives the Bucks another amazing wing on both sides of the floor on a team that just won 60 games in the 2018-19 season. The New York Knicks were expected to get Zion Williamson in the NBA draft, and sign Irving and Durant. Well they did none of that but they had to walk out of free agency with something, so they signed forward/center Julias Randle to a short term contract. Although they did not meet their expectations this year, they will try again in the stacked 2021 free agency.

Many years from now, we will be looking at this 2019 NBA free agency period as a historic summer. We all just witnessed history in the NBA and the whote platform of the league has changed. 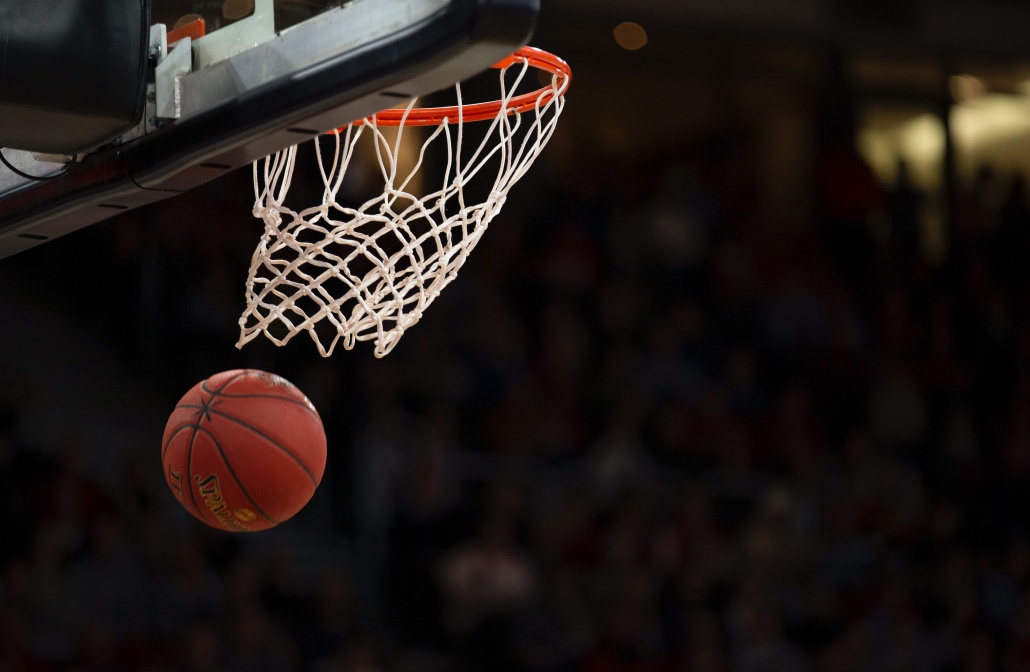 The Anti-Muslim Smear Machine Strikes Again?
Courtesy Isabel Macdonald In the midst of remarkably cynical election-time mud-slinging, the Obsession campaign is truly in a class of…

MIST Nationals Comes to An End
Scroll to top