A discovery made by the archaeologist Sir John Layard in 1850 raised the question of who actually used the first lens? During a series of excavations in what is now Iraq, Layard discovered a piece of a lens dating back 3,000 years. Currently on display in the British Museum, this fragment shows that the first known lens was used in the days of the Assyrians. Professor Giovanni Pettinato of the University of Rome believes that this rock-crystal lensâ€”which, according to him, is a major discovery shedding considerable light on the history of scienceâ€”could also explain why the ancient Assyrians knew so much about astronomy, having discovered the planet Saturn and the rings around it.

To what use was this lens put? That answer may be debatable, but itâ€™s still obvious that not all bygone societies lived simple lives, as evolutionist scientists maintain. Past societies made use of science and technology, built deeply-rooted civilizations and enjoyed advanced life styles. Only limited information regarding their daily lives has come down to us today, but practically all we know shows that none of these societies ever underwent evolution.

In 1938, the German archaeologist Wilhelm KÃ¶nig discovered a vase-like object now known as the â€œBaghdad Battery.â€ But how was it concluded that this object, some 2,000 years old, was used as a battery? If it actually was used as a batteryâ€”which the research carried out certainly indicatesâ€”then all theories to the effect that civilization always progresses and that societies in the past lived under primitive conditions, will be totally demolished. This earthenware pot, sealed with asphalt or bitumen, contains a cylinder of copper. The bottom of this cylinder is covered with a copper disk. The asphalt stopper holds in place an iron rod, suspended down into the cylinder, without making any contact with it.

If the pot is filled with an electrolyte, a current-producing battery is the result. This phenomenon is known as an electrochemical reaction, and is not far different from the way that present-day batteries work. During experiments, between 1.5 and 2 volts of electricity was generated by some reconstructions based on the Baghdad Battery.

This raises a very important question: What was a battery used for 2,000 years ago? Since such a battery existed, obviously there must have been tools and devices that it powered. This once again shows that people living 2,000 years ago possessed far more advanced technologyâ€”and by extension, living standardsâ€”than was previously thought.

The Mayans: Another Civilization That Refutes the Idea of the Evolution of History

Almost all evolutionist publications have one thing in common: All of them devote considerable space to imaginary scenarios regarding why some biological structure or characteristic of a living thing might have evolved. The striking factor is that all the stories evolutionists dream up are depicted as scientific fact. The fact is, however, that these accounts are nothing more than Darwinist fairy tales. Evolutionists seek to present the scenarios they come up with as scientific evidence. Yet these accounts are all entirely misleading, of no scientific worth, and can never constitute evidence for evolutionist claims.

One tale so frequently encountered in the evolutionist literature is that of allegedly ape-like creatures turning into human beings, and of primitive man gradually becoming a social entity. Despite there being no scientific evidence to support them, reconstructions of these supposed primitive human beingsâ€”in which they are depicted as walking only semi-upright, grunting, walking together with their â€œcave-familiesâ€ or hunting with crude stone toolsâ€”are the best known parts of this scenario.

These reconstructions amount to an invitation to imagine and believe. With them, evolutionists seek to convince people not on the basis of concrete facts, but of fantastic speculation, because these are based on their authorsâ€™ prejudices and preconceptions, rather than on scientific facts.

Evolutionists have no qualms about keeping these stories in the professional literature, nor about presenting them as if they were scientific truth, even though they are well aware of the erroneous nature of their accounts. However, these scenarios so frequently voiced by evolutionists constitute conjectures, not scientific evidence, for the theory of evolution, because there is no evidence that Man is descended from an ape-like ancestor. In the same way, no archaeological or historical evidence suggests that societies evolve from the primitive to the more advanced. Man has been Man ever since he first came into existence, and has created different civilizations and cultures in all periods of history. One of these civilizations is the Mayan, whose remains still inspire amazement today.

Historical sources refer to a tall figure in white robes who came to the communities living in this region. According to the information contained on monuments, the belief in a single God spread for a short time, while advances were made in science and art.

The Mayans lived in Central America around 1,000 BCE, at a considerable distance from other advanced civilizations like those in Egypt, Greece and Mesopotamia. The most important features of the Mayans are the scientific advances they made in the fields of astronomy and mathematics, and their complex written language.

The Mayansâ€™ knowledge of time, astronomy and mathematics was a thousand years ahead of that of the Western world at the time. For example, their calculation of the Earthâ€™s annual cycle was a great deal more accurate than any other such calculations before the invention of the computer. The Mayans used the mathematical concept of zero a thousand years before its discovery by Western mathematicians, and used far more advanced figures and signs than their contemporaries.

The Haab, the civil calendar used by the Mayans, consisting of 365 days, is one of the products of their advanced civilization. Actually, they were aware that a year is slightly longer than 365 days; their estimate was 365.242036 days. In the Gregorian calendar in use today, a year consists of 365.2425 days. 67 As you can see, thereâ€™s only a very small difference between the two figuresâ€”further evidence of the Mayansâ€™ expertise in the fields of mathematics and astronomy.

The Mayansâ€™ Knowledge of Astronomy

Three books which have come down to us from the Mayans, known as the Maya Codices, contain important information concerning their lives and astronomical knowledge. Of the threeâ€”the Madrid Codex, the Paris Codex and the Dresden Codexâ€”the latter is the most important in terms of showing the depth of the Mayan knowledge of astronomy. They possessed a very complex system of writing, of which only less than 30% has been deciphered. Yet even this is enough to show the advanced level of science they attained.

For example, page 11 of the Dresden Codex contains information about the planet Venus. The Mayans had calculated that the Venusian year lasted 583.92 days, and rounded it up to 584 days. In addition, they produced drawings of the planetâ€™s cycle for thousands of years. Two other pages in the codex contain information about Mars, four are about Jupiter and its satellites, and eight pages are devoted to the Moon, Mercury and Saturn, setting out such complicated calculations as the orbits of these planets around the Sun, their relationships with one another, and their relationships with the Earth.

So accurate was the Mayansâ€™ knowledge of astronomy that they were able to determine that one day needed to be subtracted from the Venusian orbit every 6,000 years. How did they acquire such information? That is still a matter of debate for astronomers, astro-physicists and archaeologists. Today, such complex calculations are made with the help of computer technology. Scientists learn about outer space in observatories equipped with all kinds of technical and electrical apparatus. Yet the Mayans acquired their knowledge 2,000 years before the invention of present-day technology. This yet again invalidates the thesis that societies always progress from a primitive to a more advanced state. Many bygone societies had just as advanced a level of civilization as current ones, and sometimes even more so. Many communities today have not yet achieved the levels attained by societies in the past. In short, civilizations sometimes move forwards and at other times backwards, and both advanced and primitive civilizations sometimes exist at the very same time.

Network of Roads in the Ancient Mayan City of Tikal

Tikal, one of the oldest Mayan cities, was founded in the 8th century BCE. Archaeological excavations in the city, which stands in wild jungle, have unearthed houses, palaces, pyramids, temples and assembly areas. All these areas are connected to one another by roads. Radar images have shown that in addition to complete drainage system, the city also enjoyed a comprehensive irrigation system. Tikal stands neither by a river nor by a lake, and it was found that the city made use of some ten water reservoirs.

Five main roads lead from Tikal into the jungle. Archaeologists describe them as ceremonial roads. Aerial photographs show that Mayan cities were linked to one another by a large network of roads totaling some 300 kilometers (190 miles) in length and demonstrating detailed engineering. All the roads were made from broken rocks and were covered over with a light-color hard-wearing layer. These roads are perfectly straight, as if laid out with a ruler, and the important questions remain of how the Mayans were able to determine direction during the construction of these roads and what equipment and tools they used. The evolutionist mentality cannot provide rational and logical answers. Because we are dealing with a marvel of engineering, hundreds of kilometers long, it is crystal-clear that these roads are the product of detailed calculations and measurements and the use of the necessary materials and tools. 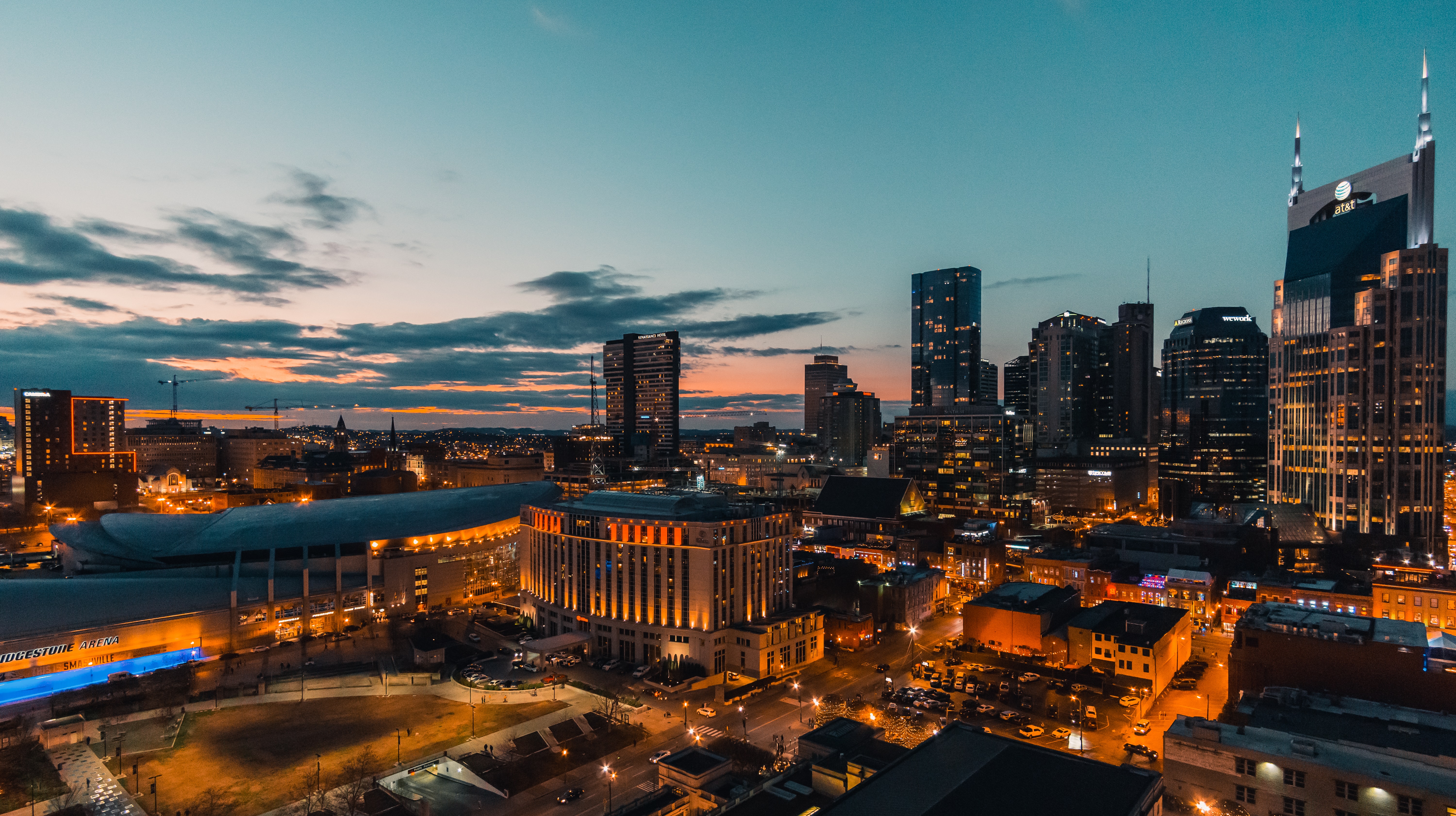