An escalation in  fighting between Armenia and Azerbaijan over the contested Nagorno-Karabakh region has coincided with Turkey’s becoming more directly involved in the conflict – including by allegedly sending in Syrian mercenaries. Ankara’s more direct engagement has made the intensifying conflict all the more unpredictable. More importantly, it is an indication that Turkey is now playing in the Caucasus – a region that has been part of Russia’s Near Abroad.

Fighting has ramped up once again between Armenia and Azerbaijan over Nagorno-Karabakh in what has become an increasingly unpredictable environment shaped by the geopolitical effects of the COVID-19 pandemic. The latest round of fighting is particularly serious given its larger scale and scope outside of the usual conflict zone, as well as an increased political and security involvement on the part of Turkey. The growing internationalization of the conflict – including the alleged involvement of Turkish-facilitated mercenaries from Syria – raises the potential for other major players like Russia to get more directly involved and risks rippling out beyond the Caucasus.

Given the strategic nature of the region as a transcontinental energy and infrastructure hub that is susceptible to foreign influence, the United States should work with both local actors and external players – including Turkey, Russia, and Washington’s allies in Europe – to reach a diplomatically mediated cease-fire and prevent an escalation and spread of the conflict.

The conflict over Nagorno-Karabakh between Armenia and Azerbaijan has escalated into violent clashes for the second time within the past four months. The scale of the latest fighting, which broke out Sept. 27, is more deadly than the previous clashes in July, with hundreds of soldiers and civilians from both sides reportedly killed and countless more wounded. The scope is also larger, with clashes taking place along numerous areas of the Line of Contact and well beyond, including Stepanakert, the largest city in Nagorno-Karabakh, and in Ganja, Azerbaijan’s second-largest city.

As with the previous flare-up in July, it is unclear exactly what specific action triggered the latest escalation. Efforts at mediation by the likes of Russia, France, and the United States have so far fallen flat, though Armenia said on Oct. 2 that it was open to a cease-fire brokered by the Organization for Security and Co-operation in Europe (OSCE). Azerbaijan, for its part, has made Armenia’s withdrawal from Nagorno-Karabakh a precondition for a cease-fire, and Azerbaijani President Ilham Aliyev said Oct. 5 that Turkey must be involved in any future peace process over Nagorno-Karabakh. As of this writing, fighting continues along the front lines.

The same general conditions that affected the environment during the July fighting still stand: Both the Armenian and Azerbaijani governments are facing greater political and economic pressure due to the impact of COVID-19. This is particularly the case for Azerbaijan, which saw large protests take place in Baku that were both specific to the Nagorno-Karabakh conflict and eventually took on a broader anti-government tone. On a more strategic level, both Baku and Yerevan still face a clash of national imperatives when it comes to Nagorno-Karabakh: Armenia wants to preserve the status quo of its control over the territory and surrounding areas, while Azerbaijan wants to retake those territories. As diplomatic efforts have failed to produce any traction in recent years and COVID-related pressures have piled up this year, Baku has become more assertive in challenging the status quo from a military standpoint.

However, a unique factor has emerged in this latest bout of fighting that could change the conflict: the role of Turkey. While Ankara has long been an important player in the Nagorno-Karabakh theater, serving as the main backer and strategic partner for Azerbaijan, it has until now been secondary to Russia, which has served as Armenia’s security guarantor (Russia has 5,000 troops stationed in Armenia); as principal mediator of the conflict; and as a supplier of weapons to both the Armenians and Azerbaijanis. Moscow has refrained from intervening directly in Nagorno-Karabakh clashes, but it has been understood that the Kremlin has had significant influence over the shape of the conflict and could become more directly involved if it so chooses.

Now, in the latest escalation of fighting, Turkey has significantly raised its profile in the Nagorno-Karabakh conflict. It has been much more aggressive in its rhetoric backing Azerbaijan, with Turkish President Recep Tayyip Erdogan encouraging Baku to “liberate its territories” in Nagorno-Karabakh and calling on Armenia to cede its occupation of the territory. Turkey has also been accused of significantly increasing its weapons supplies to Azerbaijan, and it has been reported (though denied by Turkish and Azerbaijani officials) that Turkish soldiers and aircraft have been directly involved in the fighting.

But perhaps the key point of difference this time around is the widespread allegations of the involvement of mercenaries from Syria that Turkey has reportedly facilitated to the conflict zone. According to various reports, up to 1,000 Syrian fighters employed by a private Turkish security firm have been re-deployed to Nagorno-Karabakh. These fighters were reportedly offered three- to six-month contracts at a salary of 10,000 Turkish lira ($1,285) per month to guard observation posts and energy facilities in Azerbaijan near the Line of Contact. Some fighters were reportedly transferred to Nagorno-Karabakh in mid-September, several days or even weeks before the latest outburst in fighting – insinuating that this escalation could have been planned by Turkey and Azerbaijan.

Both Turkey and Azerbaijan have vehemently denied the reports of Syrian mercenaries being involved, and Ankara had previously accused Armenia of deploying Syrian and Kurdish militants on its side of the conflict. However, there seems to be less evidence for the latter allegations as compared to those tied to the Syrian mercenaries on the Azerbaijani side, which has been cross-verified by several sources. Thus, it is difficult to verify the precise nature of these allegations, but it is becoming increasingly clear there is at least some veracity to them.

Turkey has numerous possible motivations to increase its involvement in the region. The Turks are hemmed in by the Russians in Syria, and the Azerbaijani/Armenia conflict gives Ankara leverage in broader dealings with the Kremlin. It also is a way for Erdogan to showcase at home that under his leadership the country has become a great power, with Turkey becoming more active and assertive recently in its foreign policy throughout its periphery, from the Eastern Mediterranean to North Africa to the Levant. Ankara has also begun to take advantage of the Russian weakness in the Black Sea Basin region.

What is clear is that such an involvement by Turkey will cause the conflict in Nagorno-Karabakh, which had been relatively contained by external forces, to become much more unpredictable. It could also put further strain on the relationship between Moscow and Ankara, opening Nagorno-Karabakh as a third theater in which Russia and Turkey are fighting (either directly or indirectly) on opposite sides, along with Syria and Libya. Russia and Turkey have so far been able to manage their differences in these respective theaters, maintaining significant cooperation in both the energy and security spheres, but this could certainly be subject to change.

The situation on the front lines in Nagorno-Karabakh remains fluid, but the more direct involvement by Turkey could create unexpected ripple effects throughout the region and beyond. Russia’s position will be a particularly important factor, with Moscow having to weigh a more assertive stance in the event that its efforts at mediation and reaching another cease-fire do not bear fruit in the near future. Russia’s decision to avoid direct military engagement over Nagorno-Karabakh could therefore be reconsidered in the event of a more active Turkish role.

While the United States does not have the kind of direct military ties and interests in the Nagorno-Karabakh theater as do the likes of Russia and Turkey, the conflict nevertheless has numerous important implications for Washington. One is a potential spillover effect into U.S. ally Georgia, which is involved in NATO trainingand combat missions in several theaters. A larger conflict also  could disrupt energy flows, with the Caucasus serving as a key oil and natural hub to Europe via the southern energy corridor. Then there is the unpredictability that a larger-scale conflict could have on areas where the United States has more direct interests, such as Syria and Iran.

Taking this potential for escalation into account, the United States should work with local actors and international players to push strongly for a diplomatically mediated cease-fire between Armenia and Azerbaijan brokered by the OSCE in order to avoid such a scenario. While Russia, and increasingly Turkey, have the hard power and willingness to influence events on the ground more so than the United States and EU countries like France, a further internationalization of the conflict would only make it more unpredictable and destabilizing for the region and potentially beyond.

Eugene Chausovsky is a Nonresident Fellow with the Center for Global Policy. Previously, he served as Senior Eurasia Analyst at Stratfor for 10 years. His work focuses on political, economic, and security issues pertaining to the former Soviet Union, Europe, and Latin America. He tweets at @EugeneChausovsk.

The views expressed in this article are those of the author and not an official policy or position of the Center for Global Policy. 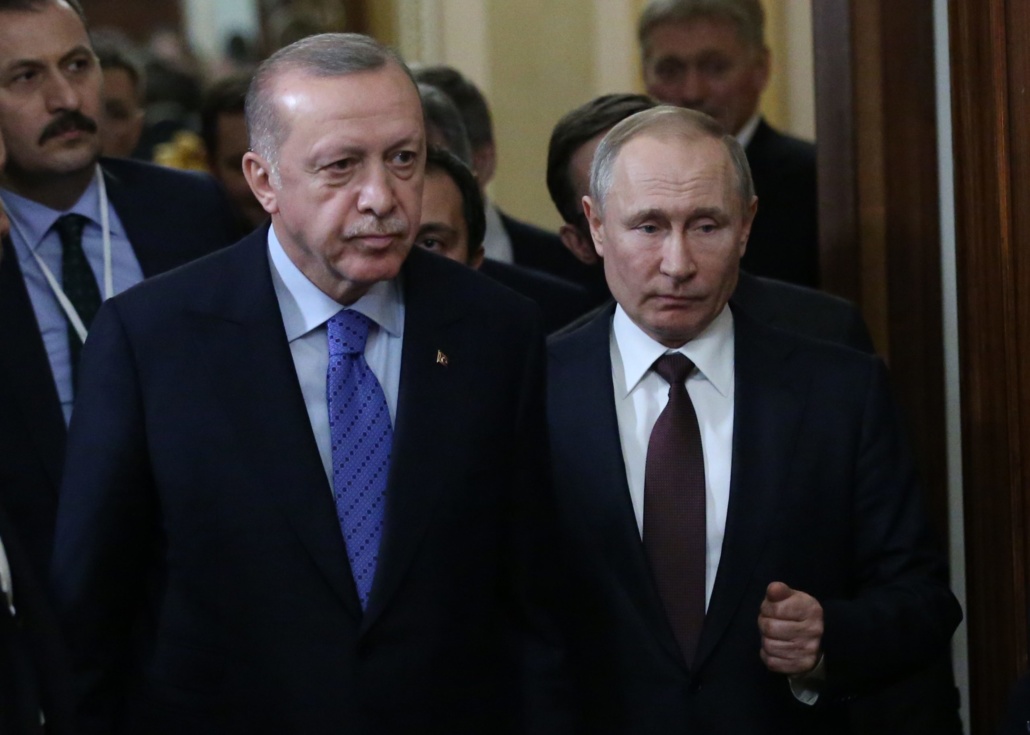 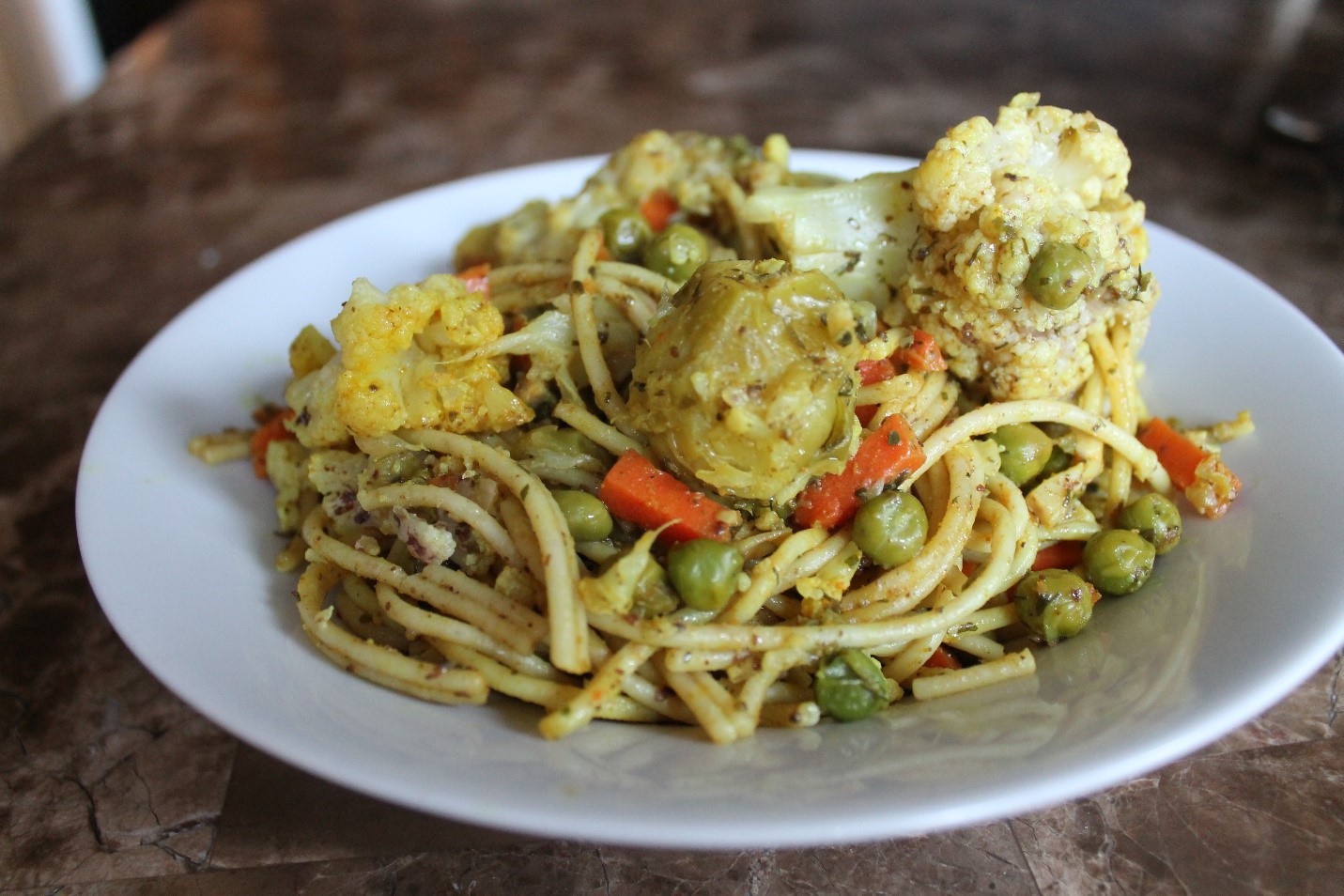 Broccoli: Just a Cheese-Dipper or a Superfood?