The current wave of aggression against the Palestinians was inevitable. The domestic politics of the apartheid state necessitated it to survive the politics of hate and white supremacy played by groups that have dangerous motives to expand the constantly expanding state of Israel.

Netanyahu, the prime minister and the voice of Zionist extremists and Christians for Israel, was unable to secure a clear victory during the last three elections. His backers wanted him in power to pursue the dream of a Greater Israel with the marginalization of the Palestinians to enable the return of Jesus to the holy land to establish the Kingdom of God for the next 1,000 years.

The slaughter of Palestinians would pave the wave for Netanyahu to continue to lead the apartheid state to a world full of chaos and destruction as long as its Jewish citizens continue to live on over $3 billion aid given by U.S. taxpayers officially and $10 billion-plus given unofficially by the Christians for Israel.

Behind the aggression of Israel is the support of right-wing evangelical Christians who believe that the Jewish state is a divine mandate and every Christian should support it. They think that Jesus would return when all the Jews of the world come together in Israel. In their view, Jesus’s return would facilitate the destruction of two-thirds of Jews and the conversion of one-third to Christianity, flourishing a 1000-year kingdom of God on earth.

The Zionists disagree with their theological reasons supporting Israel, but they accept it to strengthen the apartheid state in its present forum. Among the Jews, the opinion has divisions on the fate of Palestinians. The number of Jews who stand for the Palestinian’s rights to live with dignity and freedom is small. Jews, by and large, support and have supported aggression against the Palestinians. The Jewish morality revolves around their self-righteousness with little regard to Palestinians, whom they regard as their arch enemies. The Biblical principle that killing a human being without justification is no different from destroying humanity does not apply to killing Palestinians. A Jewish life always has a preference over the other, as the history of apartheid demonstrates.

The U.S. backs Israel because both political parties are under the influence of Christians for Israel and Zionists. The state department has officials who find justification in the Bible to erosion the human rights of the Palestinians. They often claim that Israel is a democratic country, and their support for the apartheid state is due to its commitment to democracy. Nothing could be further from the truth as the U.S. never promoted democracy in the Arab world and allied with dictators in its long presence in the region. Christian evangelism is the dominant force behind U.S. policy in the Arab and Muslim world. It is difficult for either party to ignore 100 million evangelists found in every state and county.

Those claiming to be liberals are in a state of deception. Their concern for human rights stops when the call for Palestinians dignity arises. They are quick to condemn Palestinians when they question the apartheid state’s continued occupation, yet stay quiet when Israel murders the Palestinians and violates every civilized norm.

The Jewish voice does not speak the truth and justice in general. It supports apartheid and promotes bigotry, and the Media is in cahoots with the Israeli propaganda.

The ongoing aggression is inbuilt in Israel’s policy of territorial aggression and expansion. With the help of American Christians for Israel, the Jewish settlers are attacking Palestinians in their homes to dislodge them. When the original inhabitants resist, the apartheid state retaliate brutally with the U.S. taxpayers’ arms and ammunition.

The Palestinians have a strong case. It is a case that highlights the cause of justice, peace, and dignity versus injustice, terror, and indignity. But the country is not fully aware of their plight and history. The Israelis and the Christians for Israel control the agenda. They are present in every decision-making body. But the Palestinians must realize that there are 131 million Americans who do not identify with Christian Zionists. They are out there. The Palestinians must approach them and ask them to be an ally of the truth and justice. It is the only way to challenge the bigotry of Israel and Christian Zionists. The power elites do not care for human rights. They yield to the truth when a majority speaks it and shows its willingness to change the elites. 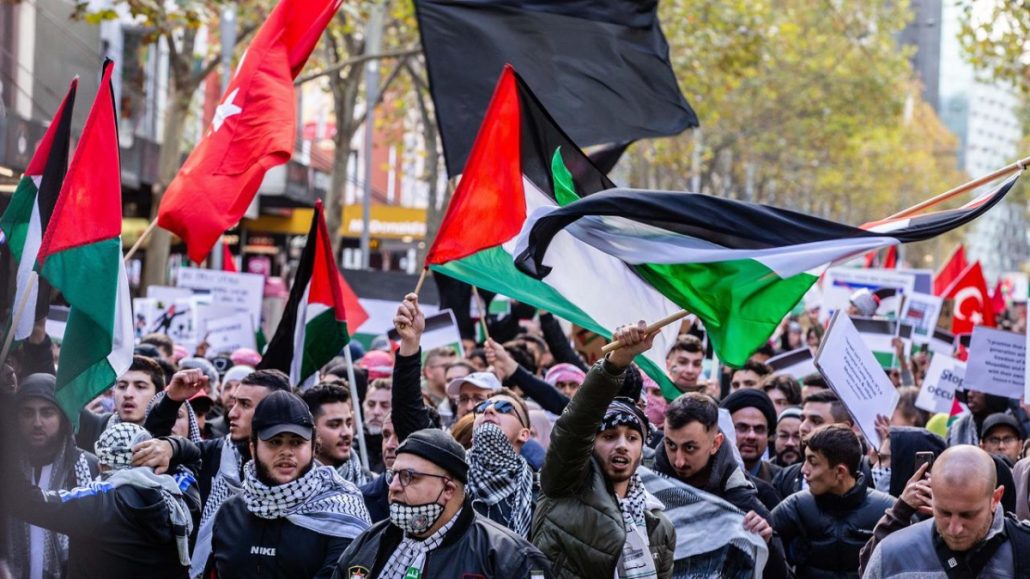 Hamas and its History

On Being Faithful Muslims and Loyal Americans

ISNA 55th Convention Day 1 in Houston
#ICYMI Check out our reporting from Day 1 of the 55th Annual ISNA Convention in Houston, Texas   [embed]https://youtu.be/sLNn2Yj7IJc[/embed]