The 1440 AH Eid was no different than the Eid of 1430 or earlier years. Millions attended special Eid prayers and joined festivities all over the world with their relatives and friends. They celebrated their victory over themselves for following a regimen and discipline that inspired them to control their hunger and thirst from dawn to dusk for the sake of following the guidelines given to them by their creator.

Fasting is obligatory upon every Muslim who physically can endure it, yet it is a voluntary act that most community members do in the month of Ramadan, the ninth month of the Islamic lunar calendar. Each region of the world has its tradition of observing the Eid.

However, in Europe, the Americas and Australia and New Zeeland, the Muslim community is creating new traditions of Ramadan and Eid celebrations. The Muslim population is about one percent of the total population in the US, yet Ramadan and Eid’s outreach is far ahead of their numbers.

Political parties, local, regional and national government bodies, private businesses and media outlets recognize Eid as an American festival and participate in the festivities by visiting Muslim places of worship.

Before the Eid, each Muslim offers charity to all those members of the community who financially are weak. Islamic centers and mosques distribute millions of dollars to such people. On the Eid day, Muslims in most cities invite non-Muslim leaders to join the festivities. The presence of state officials in Muslim places of worship on the Eid day has now become regular. The Eid messages issued by the President and state officials or Congress members have also become regular

In almost every state in the US, the community now organizes Eid picnics or special program to bring the community together. Eid is emerging as a symbol of Muslim unity and it is most likely that in the coming years, it would not only symbolize unity among Muslims but also a successful model for national unity. Certainly, this day has the potential to become a day of national solidarity for all.

Eid is not just a religious festival for Muslims. It may have great significance for everyone. It offers an empirical reality about disciplining oneself for promoting good. It proves that humans can organize their lives around concepts that are universal and useful for all. It proves that individuals have been endowed with energy to regulate their lives on the basis of certain principles they hold dear.

It also proves that in moments of happiness, people should not forget those who are less resourceful. The presence of the interfaith and secular leadership makes the statement that the country is ready to accept Eid as a national festival. Two states, Michigan and New York have already acknowledged the day as a holiday, others may also follow the footsteps.

Perhaps, it is time that Muslims should also start thinking of organizing charity at least at a city level, initially. Zakat ul Fiter, the charity given before the Eid prayers is a noble act. If Muslims pool this money at a city level during the month of Ramadan and identify families that need to be helped, the disbursement of funds would be more meaningful and useful.

Hopefully, it would also help the community to come together to help the poor and the needy. Above all, it would create among Muslims a sense of responsibility towards those who for some reasons lack resources to join Eid festivities. 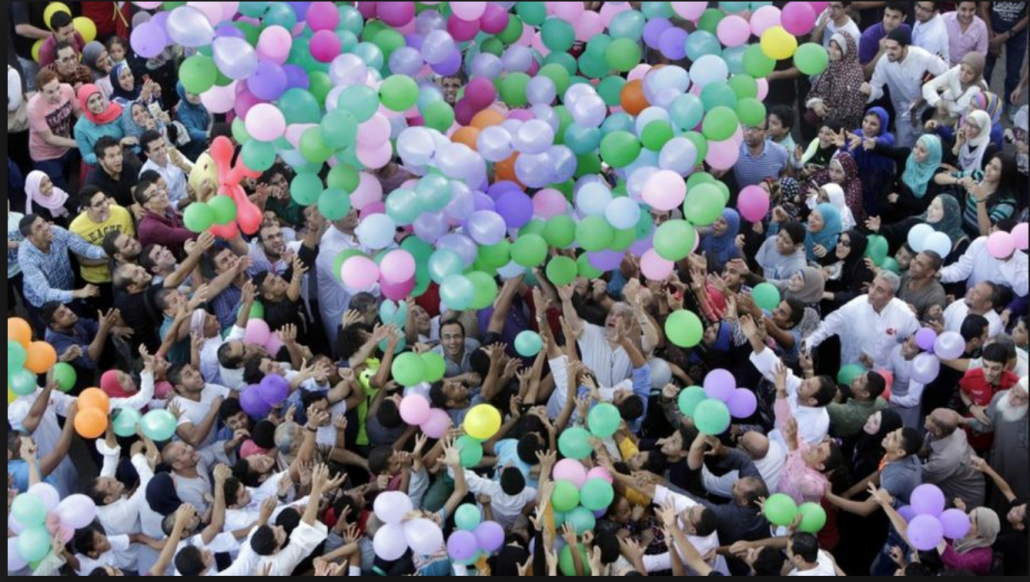 Evil in the Eyes of the Beholder
By Dr. Aslam Abdullah, Editor-in-chief of The Muslim Observer A few weeks ago, responding to a question on what is…

A Plague Upon The World: The USA Is a “Failed State”

© 2020 MuslimObserver.com, All Rights Reserved
Muslims all around the world celebrate Eid al Fitr

Achieving the American Dream, An Immigrant’s Memoir
Scroll to top