Nationwide protesting of the planned Islamic center to be erected in downtown Manhattan has elicited a myriad of politically charged and remarkably partisan reactions from the vast majority of Americans.  As an American Muslim, I find the backlash to the Cordoba House Project to be remarkably concerning, although, unfortunately, not entirely unexpected.

The project, called Park 51, will be comprised of a 13 story community center complete with a lecture hall, a restaurant, a swimming pool, and, of course, a prayer space.  Objectively, one would hardly find a reason to protest its construction simply due to its proposed function as a religious center; after all, the First Amendment guarantees the right for citizens to practice their respective religions free from persecution and interference.  The proprietors of the space recently cleared the final hurdle necessary for constructing the Islamic Community Center from a legal standpoint with the unanimous vote determining that the construction location is not eligible for landmark status.

Keeping this in mind, the initial concern for many American Muslims, including myself, was that the proposed location of the religious center was the root of the protestersâ€™ concern.  After all, the location of Park 51 is in proximity to Ground Zero.  The events of September 11, 2001 united the nation and reminded us that there are those whose misguided ideologies pose a threat to the safety of our families.  It was a tragedy that continues to link all Americans, including Muslim Americans, some of whom comprise the families of the victims that unnecessarily lost their lives that day.  Ultimately, for the vast majority of Muslims in America and all over the world, (as documented in Who Speaks for Islam? What a Billion Muslims Really Think) the attacks were nothing short of a cowardly perversion of an ideology that is not, and never has been, sanctioned by Islam.

Various individuals and entities have maliciously attempted to use the events of that emotional day to distort the realities of the Islamic Community Center, intentionally misguiding concerned Americans, especially New Yorkers, many of whom are frustrated that the individuals responsible for orchestrating the September 11th attacks are still at large.  Perhaps the most vile of the nicknames given to the Cordoba House Project is the â€œGround Zero Victory Mosque,â€ which zealots describe as a monument to the triumph and domination of Islam in New York, citing abstract and skewed generalizations regarding a perceived historical pattern regarding the construction of mosques in non-Muslim countries.

Those familiar with the project would venture, based on the reactions of New Yorkers and Americans overall, that it is not widely known that the area in question was already a prayer space for Muslims prior to the events of September 11th, nullifying the suggestion that the construction represents a new â€œvictoryâ€ mosque.  Conversely, the construction of the community center can most accurately be described as an upgrade in order to offer more services to its congregants and the people of New York City.  Furthermore, the actual location of the site in question is not literally on Ground Zero, as many politicians and news outlets seem to relay.  Rather, it is where the aforementioned prayer space had always been, two blocks away from where the Twin Towers once stood in downtown Manhattan.

These observations clearly demonstrate that the facts regarding Park 51 are intentionally misrepresented, which explains why the latest CNN poll suggests that nearly 70% of Americans oppose the construction of the Cordoba House Project as planned.  Bearing this in mind, many American Muslims, such as myself, are concerned that there is a far more subversive force at work.  These sentiments become apparent when observing the changing climate towards Muslims in general nationwide.

In addition to the Islamic community center in Manhattan, the country has witnessed protests of mosques and Islamic Community Centers in California, Tennessee, Kentucky, as well as several other states.  To many Muslims, this opposition to Islamic centers demonstrates that most Americans are not differentiating between mainstream, moderate Islam, as practiced by over a billion people in the world, and various extremist perversions; including the ideology that fueled the September 11th attacks and continues to express itself worldwide, much to the detriment of not only America, but many other Muslim and non-Muslim nations as well.

Religious extremism has traditionally been designated as distinct from its respective mainstream counterpart.  For example, when Timothy McVeigh bombed the A.P. Murrah Building in 1995, there was no need for Christian leaders to denounce the militant â€œChristian Identity Movement,â€ which Timothy McVeigh represented, as contrary to the principles of Christianity.  Furthermore, when a few members of the radical Jewish group, â€œGush Emunim,â€ attempted to destroy the mosque at the Dome of the Rock, Americans did not expect a uniform apology from Jewish leaders.  It is generally understood, as demonstrated in these cases, that the perpetrators of these acts of religious terror either acted alone or within the confines of a limited misguided group; their actions, understandably, should not be associated with mainstream Christianity nor Judaism.

The same understanding has not been extended to Islam, especially after September 11th.  A general fear of Islam, or Islamophobia, began to sweep Americans, and Muslims at large were criticized for apparently lacking a unified condemnation of the World Trade Center attacks.  The fact is that many Muslims, including myself, do not feel a sense of identity with the extremists that were responsible for the World Trade Center attacks.  Instead, we did feel the pain of the unnecessary and barbaric loss of life that took place that day.  For moderate and mainstream Muslims, these individuals acted in a profoundly un-Islamic manner.  In addition, it is necessary to understand that Islam, like its fellow Abrahamic religions, Judaism and Christianity, is not a monolithic entity, as it is so often portrayed in the media.  Adherents of Islam practice the faith in their own individual ways.  As a result, the vast majority of Muslims denounced the attacks, while others simply refused to even associate themselves with the ideologies espoused by these fanatics.

Who or what is responsible for distorting the understanding of the nationâ€™s citizens about Islam?  Clearly, those who purposefully denounce Islam to further their own political goals are to be held accountable.  Most recently, politicians like Newt Gingrich and Sarah Palin have been among the most vocal critics of Islam, rarely, if ever, taking the time to differentiate between extremism and the faith practiced by Muslims all over the world.  Our own Senate Majority Leader, Harry Reid, does not embrace the current location of the proposed Park 51 project.  Individuals from both political parties appear to be playing to the fears and uncertainties of the nation.  Utilizing fear as a tactic for consensus is not a new concept in American politics, as demonstrated by McCarthy-era Red Scare hysteria; as a matter of fact, it has been shown to be a highly effective, if not morally reprehensible, tool.

Sensationalistic news stories perpetrated by media outlets also serve to convolute this issue. Both directly and indirectly, these news agencies have helped merge the ideas of radical and moderate Islam by pursuing stories that repeatedly fail to capture the religion as practiced by over a billion people, instead choosing to focus on, and subsequently empowering, a handful of zealots that Americans are led to believe represent mainstream Islam.

The American public continues to be the victims of these distortions.  Well-intentioned citizens are encouraged to fear Muslims by individuals and entities that knowingly attempt to merge religious extremism and moderate Islam with the goal of disseminating fear and confusion in order to manufacture a fictionalized unified adversary in Muslims.

This pitfall can be avoided by unveiling the curtain of ignorance that separates Americans and Muslims in America.  A fair and balanced representation of all sides of Islam is necessary for the people to draw their own conclusions about any perceived threat from Islam.  The fundamental factor paramount to achieving this goal is dialogue.  Substantive interactions between Muslims and the non-Muslim majority in this country can serve to offset the popular misconceptions purposefully circulated regarding Islam.

The irony is that one of the primary purposes of the expansion of the prayer hall by the Cordoba House Project to a community center is to serve as an outreach initiative to the very community most in need of understanding the difference between religious perversion and moderate Islam: the families and friends of the victims that lost their lives to religious extremism.  It is unfortunate that the plans for Park 51â€™s construction are currently opposed by a majority of New Yorkers.
Many Muslims, including myself, believe that not only should the Cordoba House Project, Park 51, be constructed as is, but that its location is perhaps its strongest attribute.   The responsibility lies with its proprietors and supporters to understand that we are in a position to help those most in need of understanding that Islam as whole is not responsible for the actions of a disillusioned few.  Ideally, this project can be used as a means of allowing those unfamiliar with Islam to get to know the Muslim Americans that are present in all facets of society.

The Park 51 project represents a celebration of American values and freedoms, not a symbol with the intention of undermining them.  I implore those reading to consider the amazing potential for learning and healing that this community center can foster. 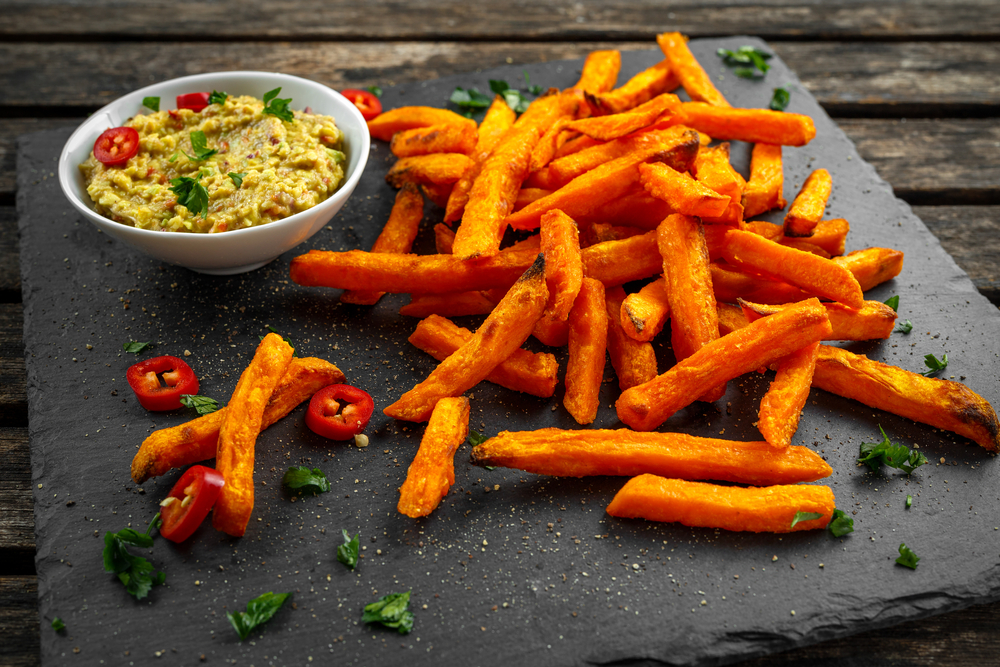 A Recipe for Scrumptious Lamb Biryani
by Noor H. Salem Recently, I shared a delectable brownie recipe to include in your Eid treats. Nonetheless, many people might…

© 2020 MuslimObserver.com, All Rights Reserved
Sprinting In the Last 10 Days of Ramadan Utter Disgrace
Scroll to top