The United States experienced its 56th mass shooting of 2022 in Buffalo on Saturday, May 14, when 18-year old Payton Gendron drove three hours from his upstate New York home to open fire in a supermarket, killing 10 and wounding three others, before being apprehended by police. While mass shootings have become a common occurrence in America, the motivation for the Buffalo murders suggests a dangerous rise in such episodes being driven by bigotry and hatred toward minority groups. It appears to be domestic terrorism fueled by white supremacy and white nationalism.

Preliminary investigations suggest that Gendron self-radicalized online and drafted a 180-page manifesto, specifying in great detail not only his plans for large-scale carnage, but also his motivation to do so. Gendron echoed a trending phenomenon among white supremacists called great replacement theory, which contends that the white population is under threat from minorities, especially Jews and immigrants, who seek to enslave whites or erase white dominance and culture through higher birth rates and immigration, both legal and otherwise. Such toxicity was in full display during the notorious February 2017 “Unite the Right” rallies in Charlottesville, Virginia, where protesters marched through the streets, chanting, “You will not replace us” and “Jews will not replace us.”

Replacement rhetoric is also routinely espoused by Fox News commentator Tucker Carlson during his prime-time television broadcast. Carlson, who ratings show as being one of the nation’s most watched media personalities, has often resorted to instilling fear in his audience by scapegoating the very groups that are cited by replacement theory subscribers. He implies that there is an active, intentional and systematic campaign underway by the government seeking to replace white Americans with minorities. Efforts to persuade Fox News to muzzle or fire Carlson have been unsuccessful as he is seen as one of the network’s most successful and profit generating voices.

Politicians also traffic in replacement theory talking points as a way to gin up their base. New York Congresswoman and Chair of the House Republican Conference Elise Stefanik invokes such language in the Facebook advertisements for her reelection bid. Ohio Senate candidate and author of the bestseller Hillbilly Elegy, J.D. Vance is a vocal proponent of replacement theory as well, as was his chief opponent in the primaries and the state’s former treasurer, Josh Mandel. Thus far, the Republican Party has not distanced itself from or condemned the purveyors of replacement theory from within its ranks.

Islamophobia and anti-Semitism are strong cornerstones of replacement theory narratives. Gendron’s manifesto attests to this, with several pages devoted to the demonization of Jews and Muslims. The Buffalo suspect particularly names three individuals as the focus of his venom- Mayor of London, England Sadiq Khan, Turkish President Recep Tayip Erdogan and businessman and supporter of progressive causes George Soros. That an 18-year old suspect in a mass shooting had a fixation on two Muslim leaders and a Jewish-American philanthropist is chilling and confirms the racism at the core of this movement that targets faith communities.

Gendron also praised the gunman in New Zealand who killed 52 Muslims at a Christchurch mosque in 2019, as well as the white nationalist who killed 11 people at a Pittsburgh synagogue in 2018. Reports indicate that Gendron even emulated the Christchurch murderer by live streaming his attack with a video camera affixed to his body to broadcast the carnage in real time.

While investigators sift through Gendron’s social media and computer files for evidence as to motive and ideology, reports suggest that the Buffalo suspect was drawn to neo-Nazi, white supremacist and conspiracy theory sectors of the internet. Despite several overtures made by leading social media companies that they are monitoring and minimizing dangerous traffic on their sites, law enforcement agencies contend that the internet is essentially an unregulated marketplace of extremist content. It manifests itself through not only the publication of toxic, bigoted rhetoric, but also through the presence of thousands of chat groups and social spaces that allows like-minded individuals to find a sense of belonging, validation and even platforms for planning attacks like the Buffalo attack.

Members of minority faith communities must remain vigilant of the level of hatred that sees them as inauthentic, even illegitimate parts of American society. The American Civil Liberties Union has published a report stating that nationwide anti-mosque activity has risen sharply over the past few years. The Tree of Life Synagogue attack in Pittsburgh four years ago is one of several incidents where Jewish centers have been targeted. A decade ago, a man entered a Sikh Gurdwara in Wisconsin, killing six attendees. And seven years ago, a 21-year old white supremacist killed nine African Americans at a bible study class in a Charleston, South Carolina Church.

Media coverage is attempting to unpack the details surrounding the Buffalo attack, offering explanations of the suspect’s intent, made fairly explicit by his own long-winded manifesto. It is also reflexively delving into his mental health, an exercise that commentators note is reserved for suspects of certain backgrounds and not others. For minority communities in the United States, Buffalo is yet another painful reminder of who they are, where they are and how they are perceived. While they have no illusions about the bullseye they bear on their backs, they are having to acknowledge that every day, such an image is less a metaphor than a reality. 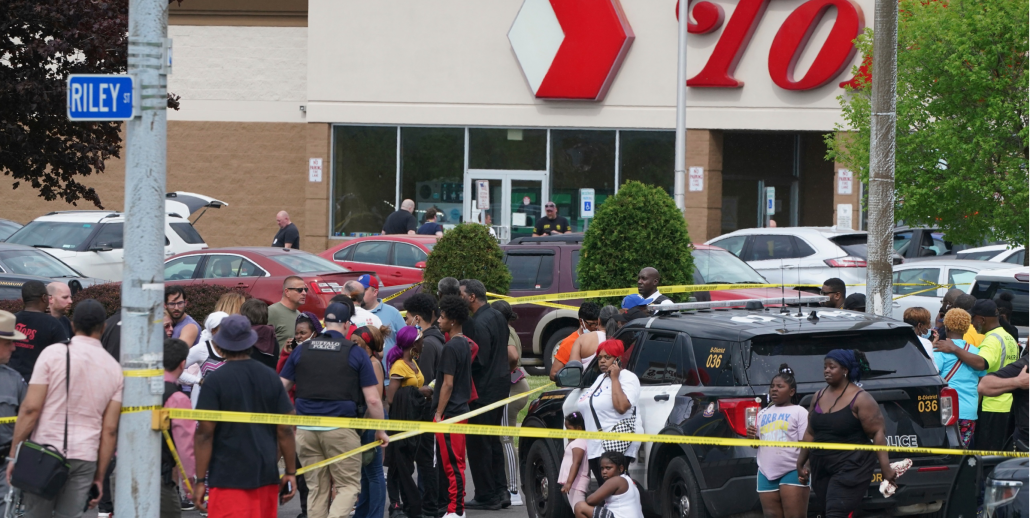 Wealthy Bargain Hunters
By Sumayyah Meehan, MMNS Middle East Correspondent The last place one would expect to find a flea market is in…

White Supremacy is no more a Fringe ideology
Scroll to top